Those who follow the global warming issue have wondered what the ultimate result will be. Turns out we have a model. 96% of life in the ocean may disappear at the same time that crops and plants in general can no longer thrive due heat that keeps it from pollinating, growing, or getting enough water. Scary enough?

The Great Dying was as nasty as it sounds.

Some 250 million years ago, around 95 percent of ocean species vanished during the planet’s largest-known extinction event, also called the Great Permian Extinction.

The culprit is suspected to be extreme climate change, as epic volcanismfilled the atmosphere with carbon dioxide, which gradually heated both the air and the seas.

Ultimately, the vastly warmer ocean temperatures, which likely climbed by 20 degrees Fahrenheit or more near the surface, left vast swaths of the ocean with little oxygen. New research, published Thursday in the journal Science, illustrates that this doomed the critters swimming therein.

“It basically caused life to suffocate,” Curtis Deutsch, a University of Washington oceanographer and study coauthor, said in an interview.

When liquids heat up, they hold fewer gases. Critically for the oceans, this means less oxygen.

Creatures living in higher latitude oceans, farther from the tropics, were particularly doomed. Their bodies naturally demanded more oxygen. But there was only less, and less.

“It’s sort of a double whammy,” noted Deutsch. “They need more and they get less.”

Eventually, many species didn’t just dwindle but went completely extinct. If this warming happened gradually enough, perhaps marine life could have adapted to the changing climes. But the climate likely changed too fast for nature to evolve.

Everyone was penned in.

“It gets so warm they have nowhere to go,” Jeremy Owens, who researches marine biogeochemistry at Florida State University and had no role in the new study, said in an interview. “If it changes fast, then where do you go?”

To see just how the heated seas affected the hapless sea critters, Deutsch and his team considered the known oxygen and temperature sensitivities of over 60 marine species alive today, like sharks and corals.

Then, the scientists used computer models to simulate what would happen to today’s species under the ocean’s extreme temperature rise.

Many animals fled the warmest oceans, in the tropics, and moved to cooler waters. But even here, the temperatures became too great, and the oxygen too little.

“They show that warming can cause a major effect on the oxygen these animals need,” said Owens.

What about human-caused climate change?

The salient question is, can such a severe ocean extinction happen again, under the watch of human civilization?

Under our current carbon-emitting rates, oceans are expected to warm between 3.5 to 5.5 Fahrenheit more (2 or 3 Celsius) by the century’s end — unless we begin rapidly decarbonizing society, and weaning ourselves off antiquated energy production (notably coal).

“There is a link to what’s happening to our current climate,” said Owens. “That could eventually cause this loss of oxygen.

Ocean surface temperatures, on average, have warmed around 2.7 Fahrenheit since the mid-1800s. We’re not on track or expected to reach Permian-type climate change this century — or anytime too soon. Yet, the change in the oceans has already begun. 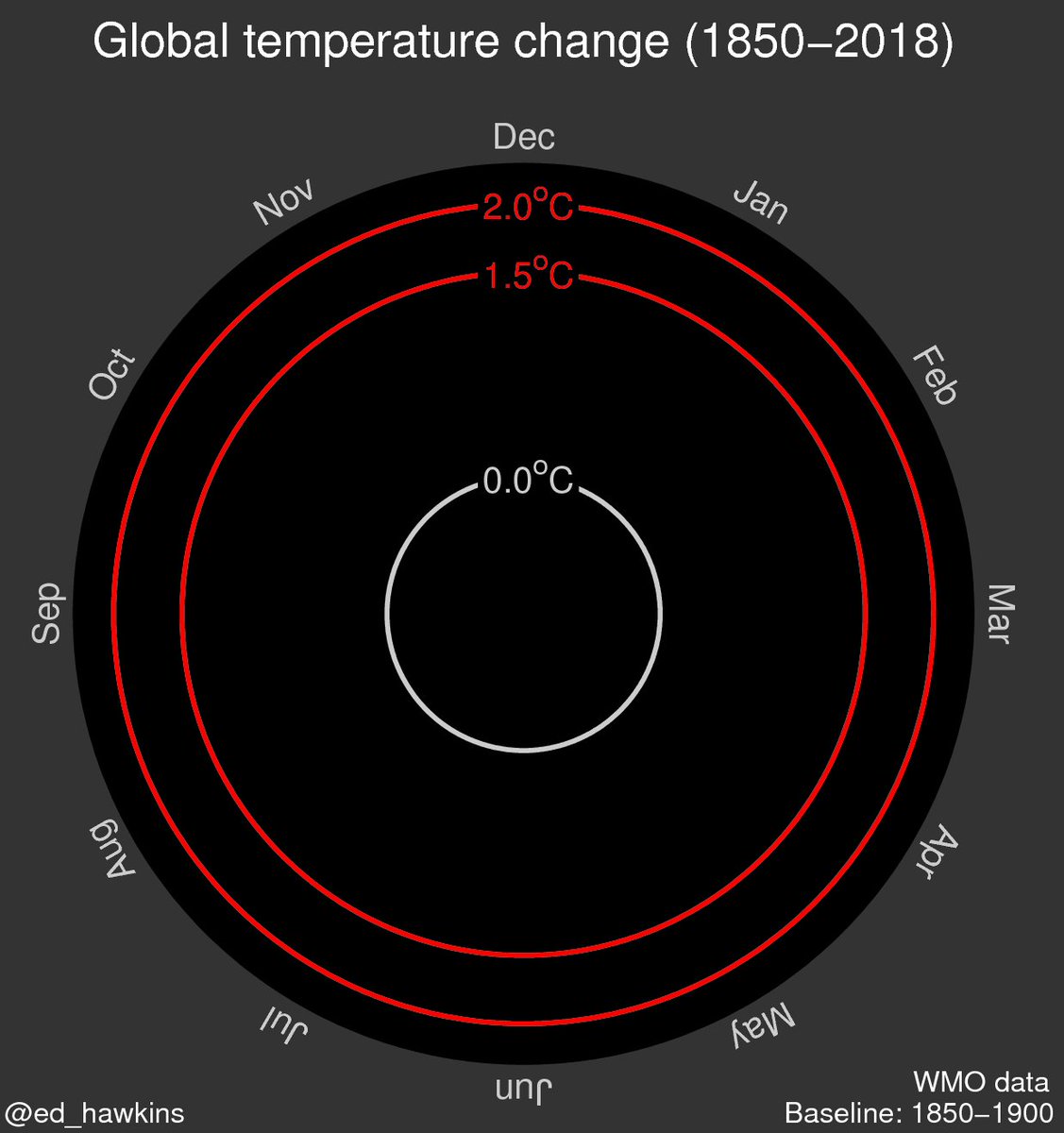 Importantly, it’s unknown at what temperatures Permian-era creatures started dying in great numbers. Perhaps this started well before temperatures near the surface — where much life dwells — hit 20 Fahrenheit (around 10 Celcius) higher than normal.

“We don’t know how quickly species will go extinct,” said Deutsch. “Will it really take all 10 degrees [Celsius] for them to go extinct?”

For now, carbon dioxide levels on Earth are likely the highest they’ve been not just historically, but in some 15 million years.

It’s the warmest it’s been in 120,000 years, and top U.S. government officials, up to the president himself, don’t accept or simply deny in-depth, heavily-vetted climate reports assembled by many of their own scientists.

“We’re on the same road of ocean conditions that cause extinction,” said Deutsch. “We don’t know how far down the road we’ll get.”