Amazon just released its 20 Best Books of the Year: Shop them now 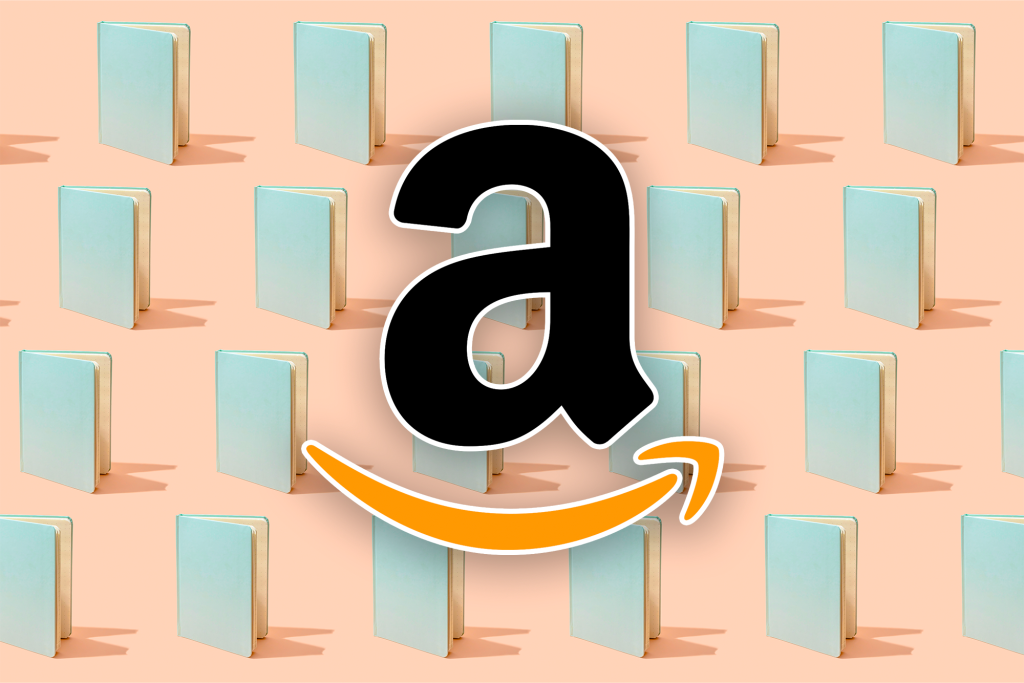 New York Post may be compensated and/or receive an affiliate commission if you buy through our links.

Whether we’re scouring the latest of Reese’s Book Club picks or hunting down some of our favorite audible books, checking off every Colleen Hoover novel — our to-be-read list (TBR to book lovers) is ever-expanding.

In the spirit of 2022 soon coming to a close, Amazon just released its 20 Best Books of the Year, with special highlights and most-adored reads.

Whether you opt for audible (sign up here for hands-free reading) or decide to finally purchase that newly minted Kindle you’ve been eyeing, we recommend taking a page from Amazon’s highly recommended playbook.

Ahead, we highlighted the top 20 books that made the cut. Amazon and New York Post Shopping-approved.

In this exhilarating novel, Sam Masur, a junior at Harvard, exits a subway car and sees Sadie Green, a friend who has been a close childhood friend since that meeting. After creating their first smash-hit blockbuster, they instantly become successful and rich socialities.

This book is a “dazzling and intricately imagined novel that examines the multifarious nature of identity, disability, failure, the redemptive possibilities in play, and above all, our need to connect: to be loved and to love,” per the book’s description.

2. “Solito: A Memoir” by Javier Zamora

In this memoir, a young poet tells a riveting story of his migration from El Salvador to the United States at the age of nine. It’s an unforgettable story, a page-turning series of events and a mythic, moving tale.

3. “Stolen Focus: Why You Can’t Pay Attention — and How to Think Deeply Again” by Johann Hari

As society, our attention span is collapsing — and that’s exactly what Johann Hari details in his groundbreaking examination. This best-seller details how to reclaim our focus — as individuals and as a society — if we’re adamant enough to fight for it.

There’s no doubt about it — Stephen King is an iconic, everyone-knows-his-name author. In “Fairy Tale,” you’ll follow a seventeen-year-old boy who inherits the keys to a parallel universe where good and evil are at war. He’s forced into a hero’s role by circumstance, and you won’t be able to put down this suspenseful, satisfying story.

5. “Horse: A Novel” by Geraldine Brooks

According to the book’s description, “‘Horse’ is a novel of art and science, love and obsession, and our finished reckoning with racism.” If that’s not enough to sell you, we don’t know what is.

Based on a story of injustice across American history, you’ll follow 1850 Kentucky, 1954 New York City and 2019 Washington, D.C. in this nationwide tale that’s too good to put down.

6. “Carrie Soto is Back: A Novel” by Taylor Jenkins Reid

For lovers of “Malibu Rising,” Taylor Jenkins Reid is back with a sequel to the best-selling fiction hit: “Carrie Soto is Back.” In this story, expect to follow Carrie, the legendary athlete who grew a massive following for in the first novel, in her struggle to attempt a comeback when the world considers her past her prime.

According to Goodreads, it’s Jenkins Reid’s “most vulnerable, emotional story yet.”

Set in the mountains of Appalachia, you’ll follow the story of a boy born to a teenaged single mother who live a meager live in a trailer. He undergoes the perils of foster care, child labor and derelict schools, coupled with athletic success, addiction, toxic loves and unforgettable losses.

According to Goodreads, this novel appeals to and speaks for “a new generation of lost boys, and all those born into beautiful, cursed places they can’t imagine leaving behind.”

8. “Our Missing Hearts: A Novel” by Celeste Ng

From the author who brought the best-selling “Little Fires Everywhere” (which was transformed into a Hulu hit, BTW), comes “Our Missing Hearts”: “an inspiring novel about a mother’s unbreakable love in a world consumed by fear,” per Goodreads.

Namely, it follows 12-year-old Bird Gardner who has a broken father in the wake of economic instability and violence. It’s one of those well-written novels that shapes your perspective, and it’s on our TBR, too.

9. “The Escape Artist: The Man Who Broke Out of Auschwitz to Warn the World” by Jonathan Freedland

In this part-thriller, part-exploration adventure, “The Escape Artist” perfectly captures the essence of dark secrets from the Holocaust, as well as uncovering the incredible story of the first Jew to break out of Auschwitz — from the perspective of an award-winning journalist. It’s a story that is multi-generational in defining what it means to take risks.

In short, this novel is about two criminal empires that, together, control New England. Until, that is, a beautiful woman comes between the Irish and the Italians and launches a war that — as the novel suggests — sets the “city on fire.”

“Exploring the classic themes of loyalty, betrayal and honor,” per Goodreads, “‘City on Fire’ is a contemporary masterpiece in the tradition of The Godfather, Casino, and Goodfellas — a thrilling saga from Don Winslow.”

11. “Lessons in Chemistry: A Novel” by Bonnie Garmus

As one of our favorite novels we read this year, “Lessons in Chemistry” centers on chemist Elizabeth Zott who is a far cry from your average woman: she and her all-male team at Hastings Research Institute take a close look at equality.

What’s more, the protagonist is also the host of a cooking show and is cooking something up of her own: a potential love affair with Calvin Evans, the Nobel-prize nominated scientist she works with. It’s vibrant, hilarious and highly observant.

12. “Sea of Tranquility: A Novel” by Emily St. John Mandel

“Sea of Tranquility” is a novel that homes in on Vancouver Island in 1912 to a dark colony on the moon three hundred years later, which unfurls a story about society and space. For the science-lover, this is a fascinating exposé of adventure, the North American wilderness and extraordinary discovery.

Nearly flying off the shelves, “I’m Glad My Mom Died” has to be one of the bluntest memoirs of all time. Nickelodeon star Jeanette McCurdy — as seen on “iCarly” and “Sam & Cat” — details her struggles as a famous child actor and battles with eating disorders, addiction and a complicated relationship with her mother, whom she’s glad died.

With refreshing rawness and dark humor, you won’t be able to put this one down.

14. “All The Broken Places: A Novel” by John Boyne

“All the Broken Places” centers on 91-year-old Gretchen Fernsby who has lived in a gargantuan London mansion for decades. With a dark past, including escaping Nazi, Germany at the young age of 12, she begins a family with the new family that moves into the apartment downstairs.

From the perspective of a woman who has been haunted by the past, this immersive novel is jam-packed with confronting the sins of a terrible past and a present bravery that’s not too late to take full rein of.

15. “Take My Hand” by Dolen Perkins-Valdez

Inspired by true events, “Take My Hand” follows a Black nurse in post-segregation Alabama who is a whistle-blower in a terrible wrongdoing that happened to one of her patients. This exceptional story follows Civil unrest, bravery and strength.

16. “The Door of No Return” by Kwame Alexander

“The Door of No Return” projects a searing story of a boy, a village and the pilgrimage of an African family. As a top historical fiction choice, you’ll follow 11-year-old Kofi who lives in a village in Upper Kwanta and gives up everything he loves.

It’ll take you on an unforgettable adventure that is equally as tear-jerking as it is heart-breaking.

17. “Butts: A Backstory” by Heather Radke

With just one look of the cover of “Butts,” you know it’s going to rich and juicy (pun totally intended) of humor. However, it’s also an eye-opening cultural study of a woman’s butt — namely, how they’re always being assessed, criticized and objectified — in society.

Uniquely, it deep-dives from aerobics studios of the 1980s to Sir Mix-a-Lot’s “Baby Got Back.” Entertaining, illuminating and unforgettable, it’s a no-brainer to read for a newfound perspective on today’s norm.

“Memphis” follows 10-year-old Joan, her mother and her younger sister in the summer of 1995, all of whom flee from her father’s violence to seek refuge in her mother’s ancestral Memphis home. It weaves generational sacrifice, healing and doubt and faith together in this perfectly packaged story.

As seen on virtually every bookshelf this year, “The Maid” is about protagonist Molly Gray, who struggles with social skills and misreads the intentions of others. As a hotel maid, her unique character and obsession for proper etiquette is at the forefront of the story — especially when wealthy Charles Black is found dead in his hotel bed.

In this thriller, she meets friends she never thought she would have otherwise and it’s the closest thing to the game of Clue you’ll read. Satisfying, mysterious, and page-turning.

We’re big fans of Emily Henry over here, so when her third novel was released, we instantly ran to snag it. “Book Lovers” follows two book agent rivals who agrees to go to Sunshine Falls, North Carolina to enhance a client’s plot-line.

Along the way, this enemies-to-lovers trope is intensified in a plot twist nobody saw happening, and it’s the perfect cozy day read.