I’m not nearly as opposed to Crocs as most people, but this is definitely an ohmigawd.

The polarizing clog just teamed with another controversial fashion fad – the fanny pack
By
COLLEEN KRATOFIL
Each product we feature has been independently selected and reviewed by our editorial team. If you make a purchase using the links included, we may earn commission.

Crocs continue to be some of the most polarizing shoes on the market. And the comfy (and practical!) shoe brand’s latest style is already causing some debate on the Internet.

Crocs just teamed up with the Japanese apparel brand, Beams, on a new shoe style that features tiny fanny packs attached to the heels of each shoe, merging two of the most hotly-debated fashion trends that have ever existed together.

The collection comes in green and purple color ways and are retailing for $53 U.S. dollars on Beam’s website.

The collaboration comes at a time when Crocs has been gaining notoriety in the fashion world thanks to its high-end partnerships. In 2017 Balenciaga sent high heel Crocs down the runway (which are still available to buy for $679). And rapper Post Malone just launched his second collaboration with the brand after the drop of his first $59.99 shoe design sold out within minutes (and even garnered the attention of the pop star Madonna!).

Similarly, fanny packs used to have a bad track record associated with “mom style” in the ’80s and ’90s, but every luxe fashion house has recently released a version of the once-ugly fad. (Gucci’s belt bag currently retails for $1,500and Chanel’s waist bag goes for $3,700.)

So far, the response on Twitter seems to be pretty split between super fans and critics who can’t believe the mash-up exists. 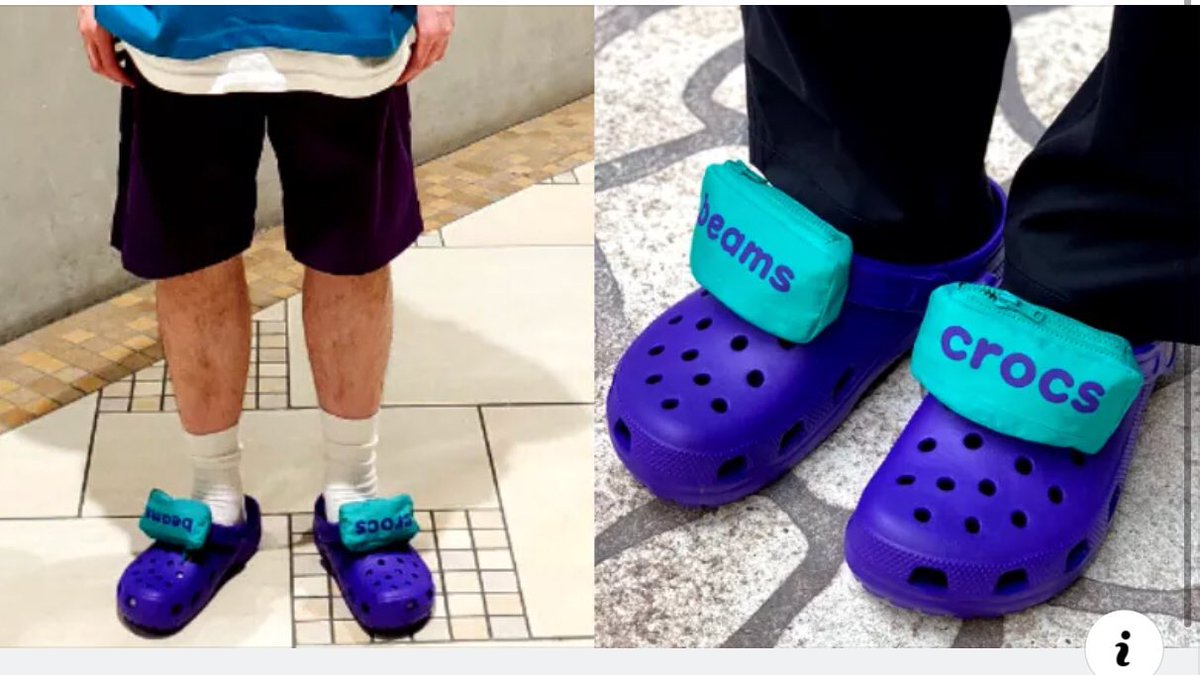 Crocs with fanny packs. Yes or no. I’m going with a yes. 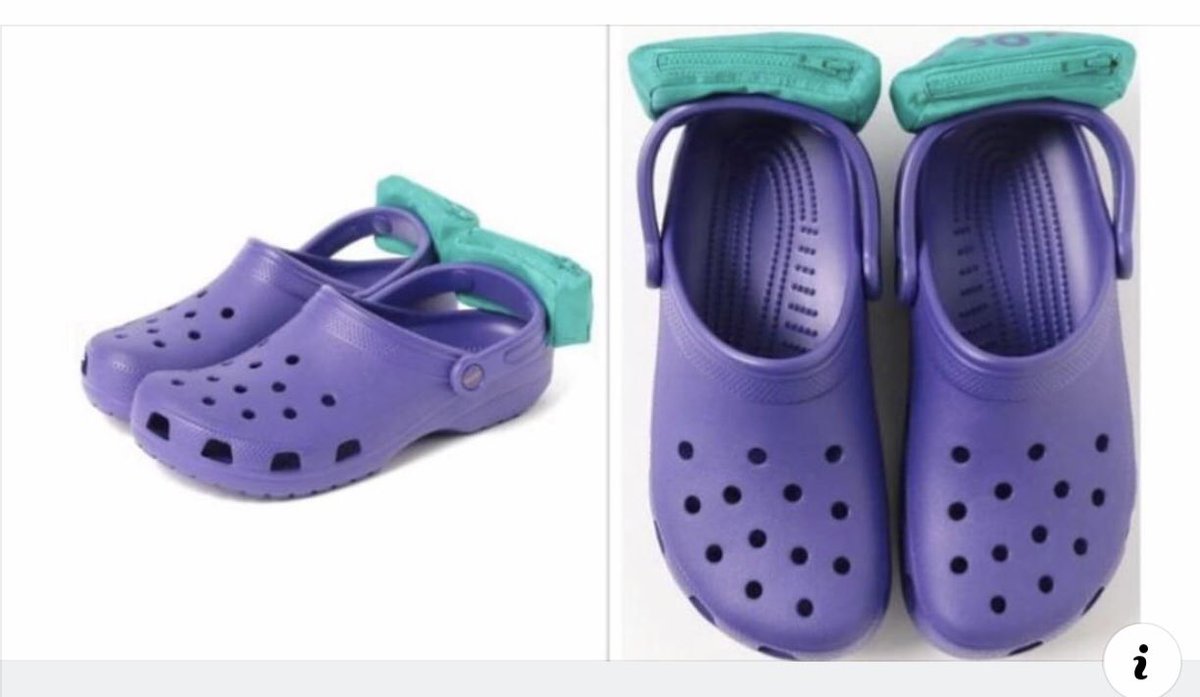 While some see the usefulness of the new shoe, others think fanny packs on shoes are completely ridiculous.

CROCS WITH LITTLE FANNY PACKS ON THEM??? WHY??? 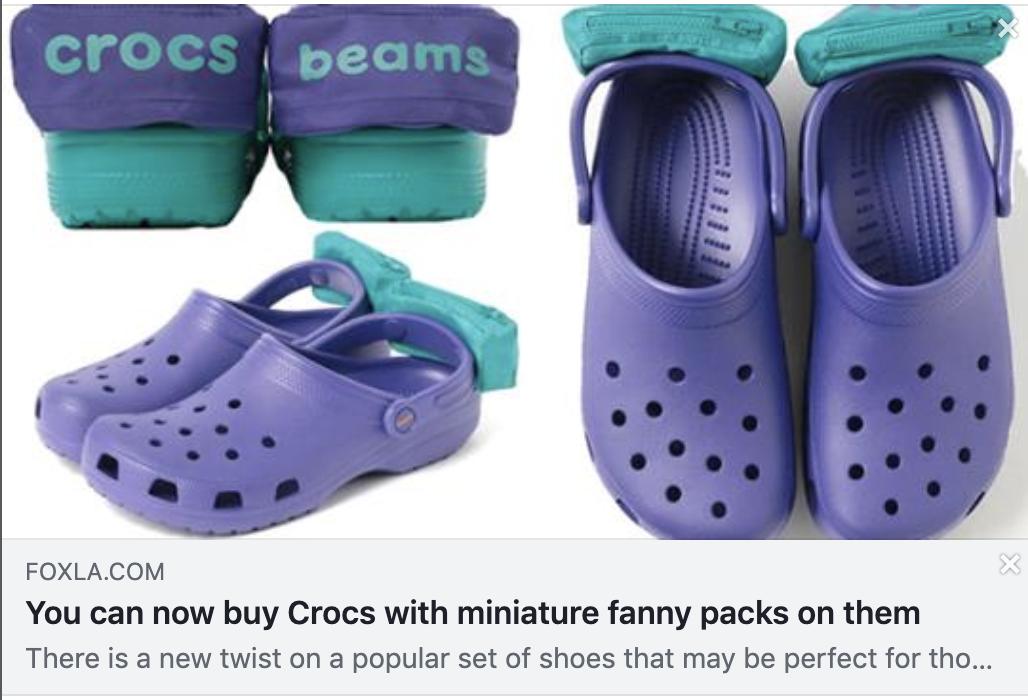 Stop the presses! Just when you think Crocs couldn’t get any more ridiculous, now you can get ’em with fanny packs LOL! #Crocs #CrockswithFannyPacks