It’s been nearly two years since we wrote that New York City would finally be upgrading its transit system to take “tap-to-pay” contactless payments, but Apple’s Tim Cook says it’s finally coming true — on the company’s Q2 earnings call today, the CEO told investors that Apple Pay will begin rolling out to New York City’s MTA transit system starting in “early summer” of this year, letting you tap a phone or watch to pay instantly.

But it probably won’t just be Apple Pay, because a few quick web searches show that NYC has actually already announced a specific date for a contactless payment system that should support other phone-based wallets (perhaps rival Google Pay?) and even contactless credit cards.

It’s called OMNY (you know, like “omni” spelled with NY for New York), and it’s scheduled to launch May 31st — though admittedly only on Staten Island buses and the 4 5 6 subway lines between Grand Central-42 Street and Atlantic Av-Barclays Ctr to start. The full system won’t roll out till 2020, and it won’t let you use any passes or discounted fares until then, according to the MTA’s website. Existing swipe-based MetroCards should still work in the meanwhile, though. 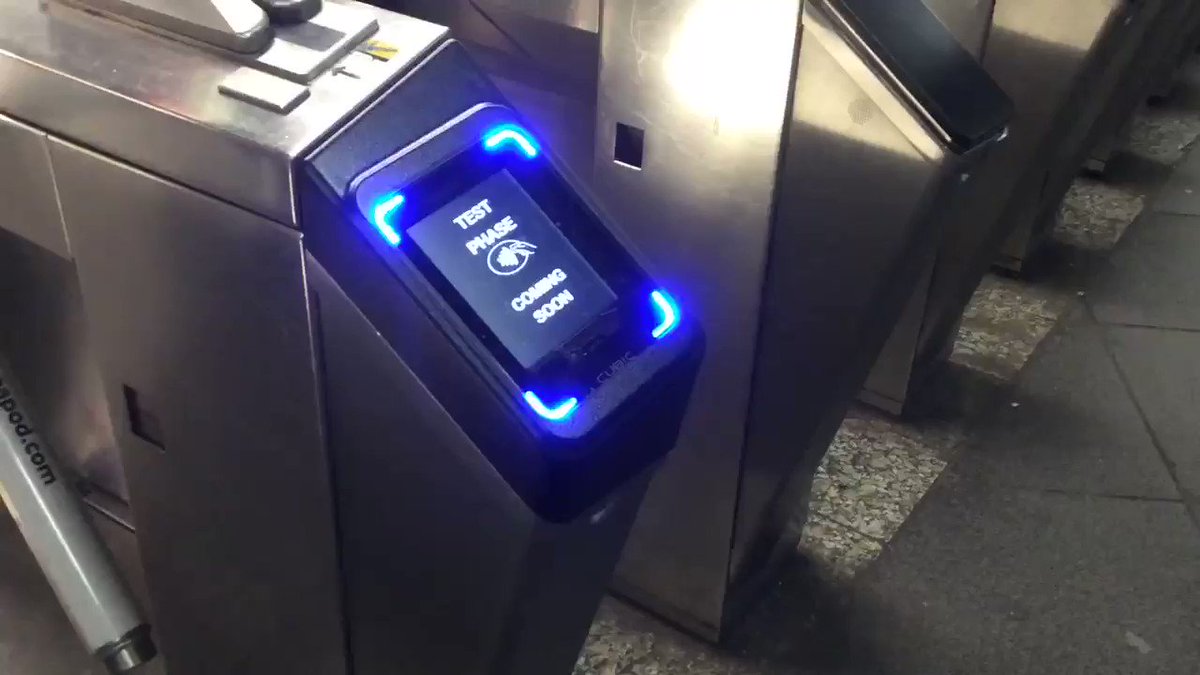 Spotted an activated but not yet live #OMNY reader at Atlantic Ave. My phone sensed the NFC and brought up Apple Pay. It read quickly but was declined since it’s not live yet.

Gothamist reported that New Yorkers started spotted the new contactless readers rolling out at the initial wave of supported stations earlier this month, but they don’t appear to be activated quite yet. CBS NY also got a brief demo of a disembodied system, which you can see right here.