An iPhone’s battery life can be near immeasurable with so many factors to take into consideration. Between the apps being used, wireless connectivity, screen brightness and other nuances, a lot can affect this vital performance stat, but a new report suggests the biggest offenders are the impressive OLED displays Apple baked into its flagship phones. 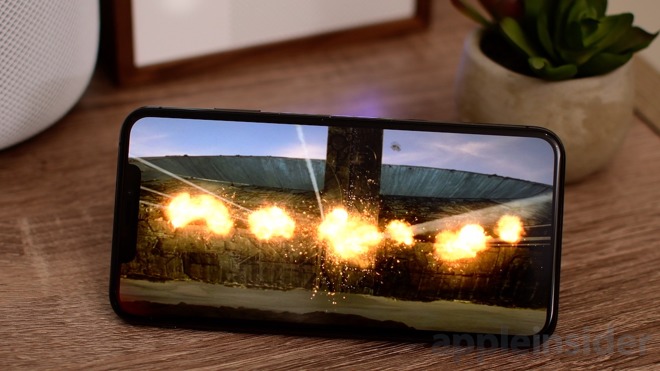 As noted by The Washington Post’s Geoffery Fowler, and contrary to the common belief that all tech products improve with each generation, the battery life of advanced smartphones like iPhone is on the decline. This is in spite of advancements in processing efficiency and, for some handset makers, increases in lithium-ion battery cell size.

In a recent round of testing, Fowler found his iPhone XS achieved worse battery benchmarks than the year-old iPhone X, results echoed by many other tech journalists.

Fowler contacted several other tech reviewers from CNET, Consumer Reports and Tom’s Guide to discuss battery testing techniques to suss out what could be causing newer phones to have decidedly shorter battery lives in daily use.

While many factors impact battery life, such as power hungry apps, added computing requirements and our collective device addictions, the consensus was that cutting-edge screens included on the newest phones might be the largest contributor. The outlets use different testing methodologies, from robot fingers to looping videos and constantly refreshed web pages, but many reached the same conclusion. Consumer Reports was the lone publication to see iPhone XS and XS Max outlast iPhone X in its testing regimen.

The stunning OLED displays on the iPhone XS and XS Max look great in use, but can require a lot more power to operate than traditional LCD panels. That additional power draw is outpacing gains in battery improvements.

“Batteries improve at a very slow pace, about 5 percent per year, but phone power consumption is growing up faster than 5 percent,” says Nadim Maluf, CEO of battery optimization firm Qnovo.

That explains why the iPhone XR has such exceptional battery life, something AppleInsider noted in its own testing. The iPhone XR utilizes a Liquid Retina LCD display rather than the high-resolution OLED found in the XS and XS Max.

Even though the XR screen is larger than that of the XS, Fowler found it lasted three hours longer than the iPhone XS in his battery life test.

Looking to the future, battery life could take further hits as companies like Apple adopt more power hungry technologies. Newer, higher resolution displays, as well as upcoming 5G cellular connectivity, could severely detract from a phone’s battery life. That is until new battery technologies are invented.

Fowler included a number of helpful tips to remember when trying to get the most battery life possible out of your iPhone including using Low Power Mode, keeping the brightness down and staying on Wi-Fi (or airplane mode) whenever possible.