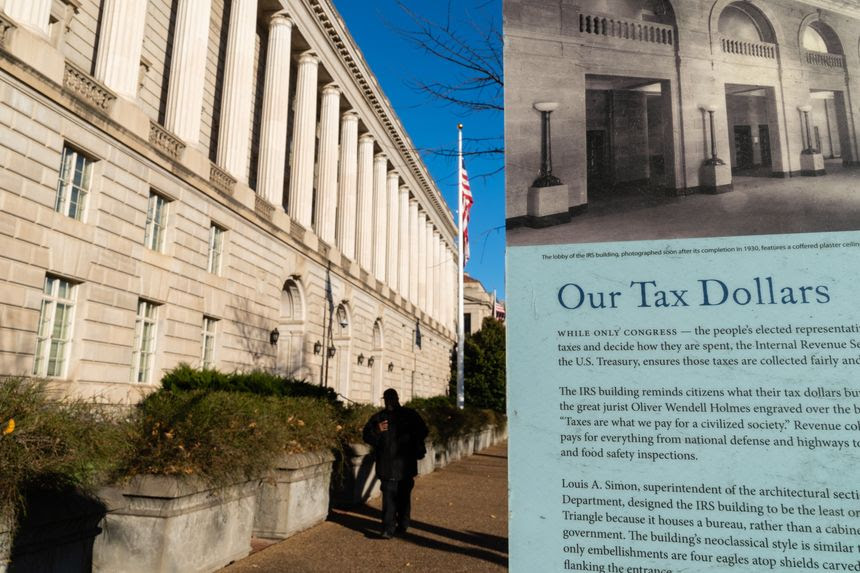 Republicans’ House majority will give them more leverage and oversight over the Internal Revenue Service, located in Washington.PHOTO: ERIC LEE FOR THE WALL STREET JOURNAL

WASHINGTON—The new Republican-controlled House is poised to vote as soon as Monday to repeal tens of billions of dollars in Internal Revenue Service funding, taking up a bill that is unlikely to become law but that previews coming battles with Democrats over the tax agency’s expansion.

The bill—expected to be the first legislation advanced by the Republican majority that took over the House last week—aims to erase a key policy priority of the Democrats, who used their control of the government to enact it last year.

Democrats, who still hold the Senate and White House, could block the legislation, and the IRS would keep the full $80 billion. But Republicans’ emphasis on clawing back IRS funding marks it as a top concern and demand for the House majority, one that could re-emerge when lawmakers turn to raising the debt ceiling or passing annual spending bills later this year.

The bill, sponsored by Rep. Adrian Smith (R., Neb.), would rescind almost all of the $80 billion in IRS funding that Congress approved in August in the climate, health and tax law known as the Inflation Reduction Act.

Even if, as expected, the GOP bill doesn’t become law, the IRS will be under the microscope during congressional hearings. President Biden’s pick to run the agency, Danny Werfel, will soon have a confirmation hearing in the Senate. And the IRS is scheduled to release an implementation plan for the $80 billion as early as next month.

House Speaker Kevin McCarthy (R., Calif.) promised during the midterm election campaign that rescinding those funds would be the party’s first agenda item in 2023, and GOP candidates ran on their opposition to a larger, more empowered IRS.

“Our very first bill will repeal the funding for 87,000 new IRS agents,” Mr. McCarthy said after being chosen as speaker after a 15-ballot election that was the longest since the Civil War. “You see, we believe government should be to help you, not go after you.”

Mr. Smith’s bill, scheduled for a vote after the House passes a set of chamber rules for this Congress, would rescind all unspent money from the $80 billion with two exceptions. A bill sponsored by Rep. Adrian Smith (R., Neb.) would rescind almost all of the $80 billion in IRS funding that Congress approved in August in the Inflation Reduction Act.PHOTO: BILL CLARK/ZUMA PRESS

The IRS would keep $3.2 billion for taxpayer services, which it started using to hire thousands of customer-service representatives to answer phone calls during the coming tax-filing season. In fiscal year 2022, the agency’s level of service—a measurement of how often phones are answered—was 17.4%, below its 30% target for that year, its 75.9% level from 2018 and the 85% target for this year.

The IRS would also keep $4.8 billion for systems modernization, which the agency plans to use to update aging technology.

But tens of billions designated for enforcement, operations, the inspector general’s office, the U.S. Tax Court and the Treasury Department would be rescinded.

Nina Olson, who was the longtime national taxpayer advocate, running an independent taxpayer-service operation inside the IRS, said more money for enforcement could make audits less burdensome by ensuring that auditors have better training, technology and understanding of tax issues.

“It’s not that the IRS is going to stop working” without the additional money, Ms. Olson said. “It’s just going to work in ways that’s going to harm taxpayers.”

Democrats championed the $80 billion IRS expansion to bolster the agency, which had generally flat or declining budgets for much of the past decade. The IRS has shed staff and conducts audits less frequently than it did in the past.

A 2021 Treasury Department plan said the money would hire 87,000 new employees. Many would replace those expected to retire soon. Besides revenue agents who conduct audits and special agents who investigate tax crimes, that figure includes customer-service representatives, tax collectors and information-technology specialists.

The biggest piece of the money went to enforcement, and administration officials say they want to focus on high-income taxpayers and large corporations. 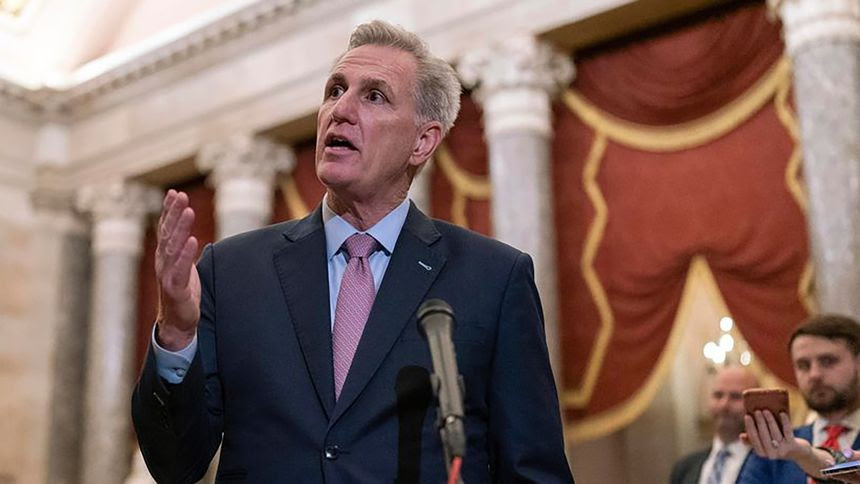 Kevin McCarthy was elected as House speaker after 14 failed attempts and some intense negotiations with far-right members of his party that included significant concessions. WSJ’s Eliza Collins breaks down the challenges facing the new speaker. Photo: Jose Luis Magana/Associated Press

The Congressional Budget Office estimated Monday that the Republican bill would lower spending by more than $71 billion and reduce revenue by nearly $186 billion, for a net increase in the budget deficit of about $114 billion over a decade.

“If they claim they want to balance the budget, it’s clear to me that this doesn’t make sense,” said Rep. Dwight Evans (D., Pa.), a Ways and Means Committee member. “This doesn’t show anything about being fiscally responsible. This is just the opposite.”

The administration has said audit rates for taxpayers with incomes below $400,000 would stay around recent or historical levels. But the IRS hasn’t specified what those audit rates would be, and audit rates have fluctuated over time.

Republicans will have other opportunities to try to cut the IRS’s funding. Democrats designed the $80 billion to come atop regular increases in the IRS’s base budget of about $12 billion a year, which must be approved annually. If Republicans use yearly spending negotiations to keep that number flat or cut it, the IRS would have to use the $80 billion for routine operations rather than expansion.

Lawmakers went through the first version of that fight last month, approving a fiscal-year 2023 spending plan that slightly cut the IRS’s budget, rather than providing an additional increase that Democrats and the White House had sought.

That money lasts through Sept. 30, and Republicans’ House majority will give them more leverage and oversight.

Write to Richard Rubin at richard.rubin@wsj.com