Murder rates didn’t soar only in cities during the pandemic; small-town sheriffs and prosecutors are overwhelmed with homicide cases

Photographs by Andrea Morales for The Wall Street Journal

Local prosecutor Rebecca McCoy used to think of her home in central Arkansas as a place where the worst crimes were usually stolen tractors and lawn mowers.

In March 2020, she was called to the trailer of a 72-year-old man who had been bludgeoned to death with a baseball bat. It was White County’s first homicide in almost two years. By that December, there were 11 more.

In Marion County, a swampy stretch of South Carolina, Sheriff Brian Wallace and his deputies worked nine killings in 2021, including the execution-style shooting of an 80-year-old retired teacher whose family the sheriff knew personally. It was the highest annual body count he had seen since he joined the small department more than two decades earlier.

For ranchers Bill and Diana Beck, the violence arrived in their mountain community in northwest Montana in April when a friend texted them a picture of blood in the snow. A local bar owner had been shot to death. It was Flathead County’s 12th homicide since the start of 2020, one of the region’s most violent periods in recent memory.

“I was floored that something like that happened a mile down the road,” said Ms. Beck. Homicide rates in rural America rose 25% in 2020, according to the Centers for Disease Control and Prevention. It was the largest rural increase since the agency began tracking such data in 1999. The CDC considers counties rural if they are located outside metropolitan areas defined by the federal government.

The rise came close to the 30% spike in homicide rates in metropolitan areas in 2020.

The CDC hasn’t analyzed 2021 homicide data yet. In some rural counties, murder rates remained high last year, while in others they have begun to recede along with Covid, data from local law-enforcement agencies shows.

In cities, law enforcement and civic leaders have blamed the increase in violent crime on factors such as police pulling back after racial-justice protests, the proliferation of guns, initiatives to release more criminal suspects without bail and a pandemic pause in gang-violence prevention programs.

In rural counties, where ties between police and locals are often less fraught, officials say the reasons for the rising violence are hard to pinpoint. They speculate that the breakdown of deeply rooted social connections that bind together many small communities, coupled with the stress of the pandemic, played a role.

Pastors point to the suspension of rituals such as in-person church services, town gatherings and everyday exchanges between neighbors. Such interactions can serve as guardrails, helping to prevent conflicts from turning violent. The psychological and financial stress due to isolation and job loss were especially pronounced in remote areas, where social services were limited even before Covid-19 struck, local leaders say.

As the pandemic took hold in the spring of 2020, fights between family members, acquaintances and even strangers escalated more frequently into deadly confrontations, authorities in some rural counties said. 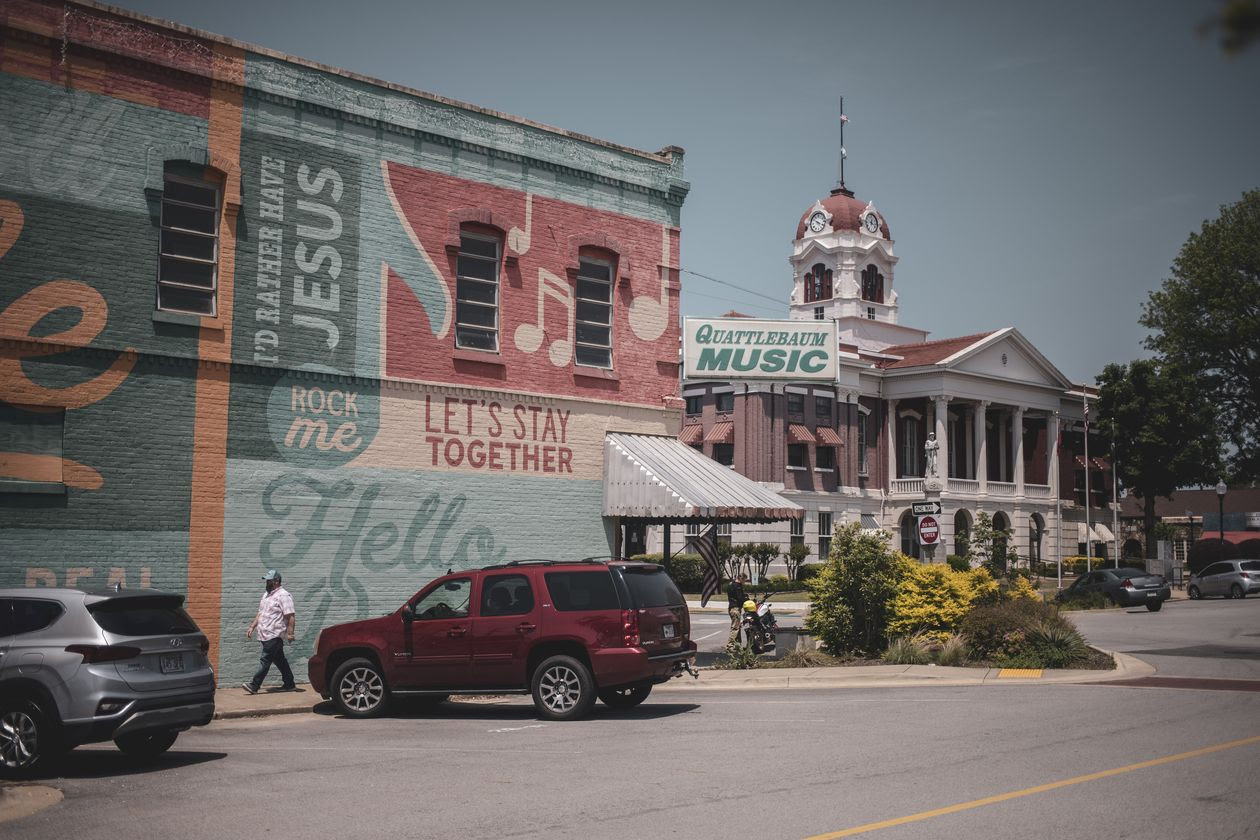 Stresses due to pandemic isolation and job loss were pronounced in rural areas such as Arkansas’s White County. Searcy is the county seat.

An American Farm Bureau Federation poll taken in December 2020 found that two-thirds of adults in rural America between the ages of 18 and 44 said they experienced more mental-health challenges than in the prior year. According to a CDC survey conducted in June 2020, 12% of responding adults in rural areas reported starting or increasing their use of drugs or alcohol to cope with pandemic-related stress.

The homicides have been challenging for law enforcement to address. Small numbers of deputies must patrol expansive geographic areas, and the killings were often not connected to each other, making it more difficult to target particular criminal groups or devise effective prevention strategies.

“It’s not like you got gang members dealing drugs, and you can get boots on the ground, and undercover buys and prosecutions,” Marion County’s Sheriff Wallace said. “These are really tough to stop.”

Veteran law-enforcement officials said they had never before witnessed the level of violence of the past two years.

“It was like people lost their ever-lovin’ minds,” said Ms. McCoy, the prosecuting attorney in White County, a dry county in central Arkansas with poultry farms and a Christian university.

In Marion County, S.C., which has about 28,700 residents and more than 100 churches, pews used to be packed every Sunday. After services, people would pour into restaurants to eat seafood and Southern cooking.

When Covid struck, some churches stopped in-person services, and restaurants shut down. Walmart started closing early. People no longer stopped to socialize in the grocery store.

Authorities in rural counties said that as the pandemic wore on, troubled individuals became even more isolated, and in some cases, tipped over the edge.

“There are parts of our county that don’t even have internet service,” said Tammy Erwin, a victims’ advocate for the Marion County Sheriff’s Office. “So it’s not like everyone could just jump on Zoom.” 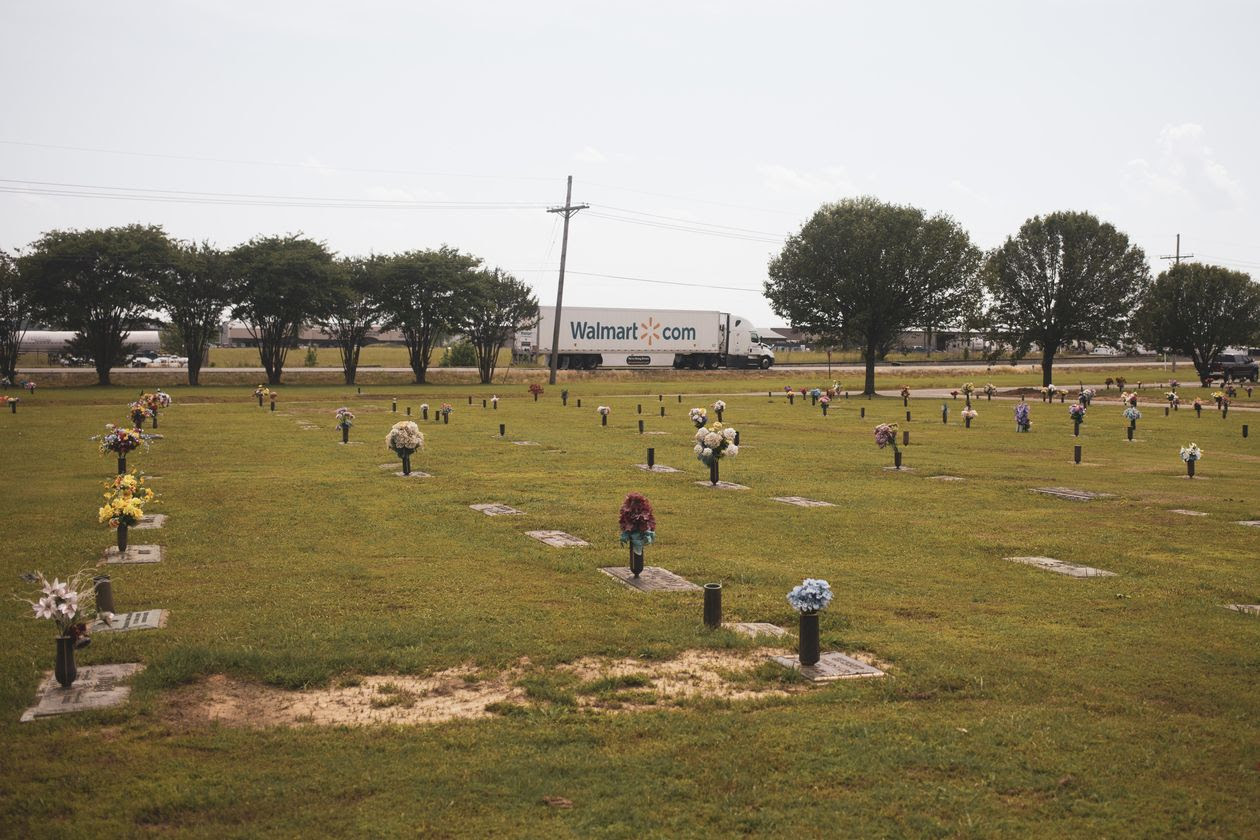 Over 10 weeks in 2020, six people were killed in the small towns of White County, Ark. A cemetery in the county seat of Searcy.

Just before midnight on Oct. 28, 2020, one of Sheriff Wallace’s deputies came upon an SUV with its windows fogged outside the Park & Blow Handi Mart. He could make out a man inside sweating heavily and sitting on something. When he looked closer, he saw the body of a woman, eyes bulging. She had been stabbed multiple times with an ice pick.

Johnny Michael Dillard, 57, was charged with killing Kemethia Spain, 51, whom he had known for a few years. Several people came forward to say Mr. Dillard had talked openly about wanting to know what it was like to kill someone. He was found not competent to stand trial and has been committed to a facility for the mentally ill.

Ms. Spain’s homicide was one of 15 that Marion County deputies responded to over the past two years, equal to the previous 10 years combined. “I’ve never seen these numbers before, nothing even really close to that,” said Sheriff Wallace.

As lockdowns took hold, the sequestering of family members inflamed household tensions. In Montana, domestic-violence incidents reached a record high in 2020, then jumped even higher in 2021, according to state crime data.

In June 2020, Josh Buls, a detective in the sheriff’s office in Flathead County, arrived at a home in Olney to find the bodies of a woman, her 3-year-old daughter and a male friend. All had been stabbed to death. The perpetrator, the woman’s estranged husband, had shot himself in the head before deputies arrived.

The killings shocked not only the 146 residents of the mountain town, but many in the sheriff’s office, which patrols more than 5,000 square miles of rugged territory bordering Canada. One deputy who responded to the 911 call that day decided to leave the profession, said Mr. Buls.

The six homicides in 2020 in this county of 108,000 were a record, as were the 51 statewide, according to state crime analysts. 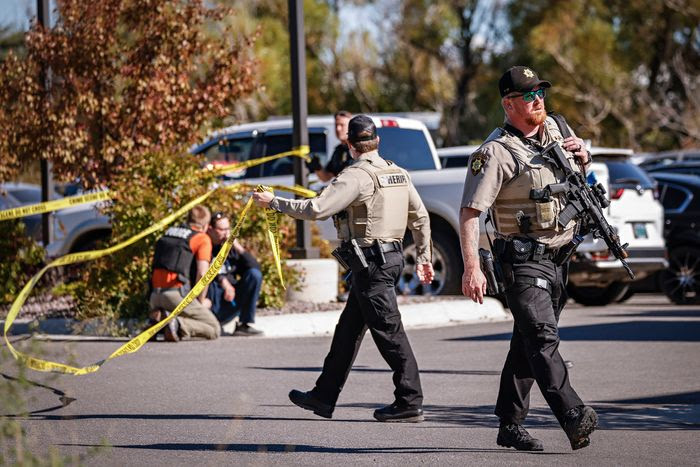 Flathead County’s Sheriff Heino said rising methamphetamine use and mental-health problems during the pandemic contributed to more erratic behavior and more violent interactions between officers and suspects. Law enforcement in the county was involved in six shootings since May 2020, including four fatal ones. Before then, the last time a Flathead County deputy had killed anyone was 2007.

When the owner of Snow Slip Motel Bar & Cafe near Essex, Mont., was shot dead in April, news spread quickly among those living near the peaks and forests of Glacier National Park. Jim Noffsinger, a 57-year-old construction superintendent and rancher, locked his front doors for the first time.

“I’ve been accused of many things in my life, but being scared was never one of them,” he said. “Such a place of serenity has taken on a dark shadow.”

For Ms. McCoy, the prosecutor from White County, Ark., the unprecedented string of homicides in 2020 began the same month that Covid hit. Over a nightmarish 10 weeks starting that March 4, six people were murdered in the small towns that dot the county of 77,000, about 60 miles northeast of Little Rock.

Ms. McCoy searched for any common thread. Three of the victims were men in their 70s who lived alone, including one who was shot in the face when he opened his front door.

“At first we’re thinking, wow, if you’re an older man living by yourself, you might want to move out of county, because apparently it’s not safe in White County for you,” said Ms. McCoy. 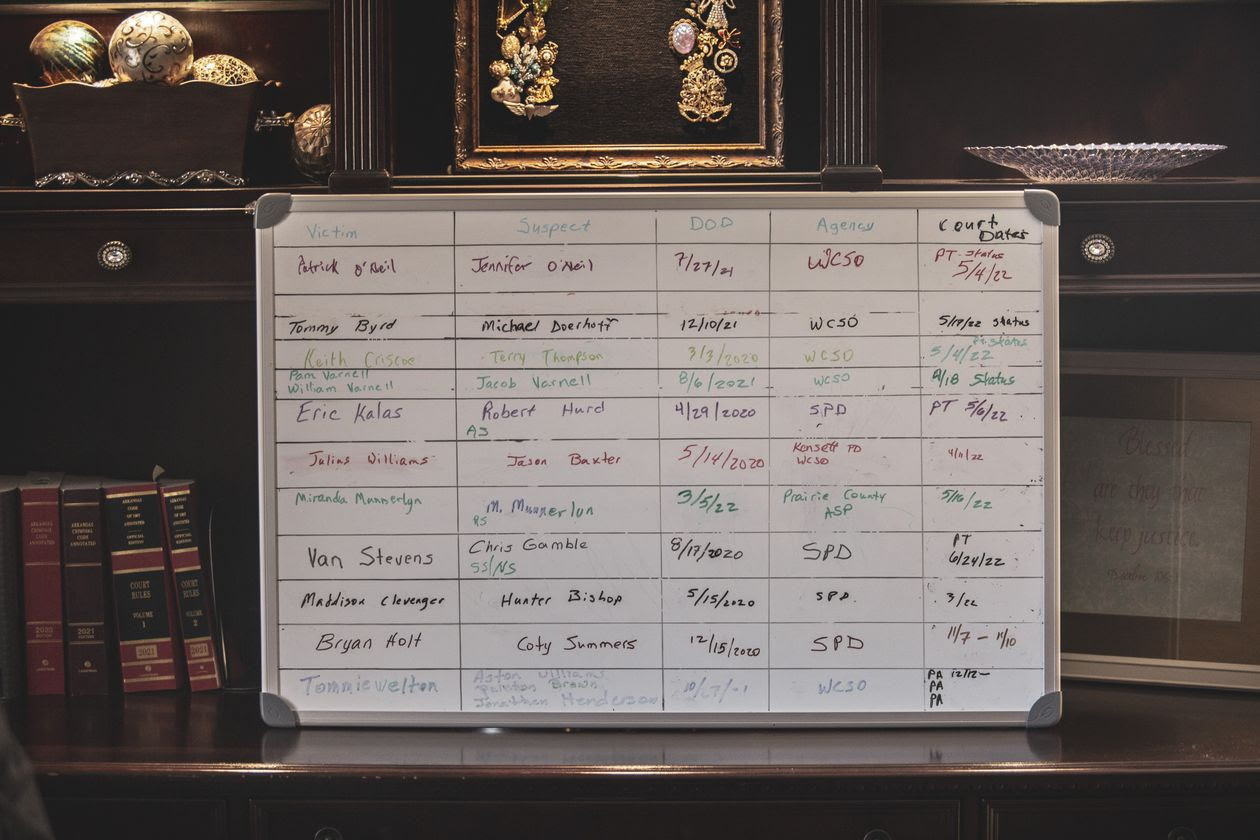 Prosecuting attorney Rebecca McCoy’s white board filled with names of victims and suspects and hearing dates.

To keep the cases straight, Ms. McCoy took out a white board she hadn’t used in years. As the killings continued, her “murder board” filled up, and she finally had to rewrite the names of victims and suspects and hearing dates in smaller letters to fit. It was the deadliest stretch of her 23-year career.

She said she felt helpless. “I don’t know what to say, besides y’all stop killing each other,” said Ms. McCoy.

With homicide cases mounting, Ms. McCoy told her staff of prosecutors who had little experience with murder cases to focus on their families when the workday ended. For the first time in her career, she said, she had trouble clearing her mind of gruesome crime-scene images when she returned home to her own family each night.

During an interview in her office in Searcy, Ark., as a rescue cat named Catticus maneuvered between murder case files stacked on the floor, Ms. McCoy shed tears recalling the day in June 2020 when she and county detectives arrived at a house in the town of Bald Knob to find the body of a 5-year-old girl whose throat had been slit by her father. They found the father overdosed in his car in a nearby state park a few hours later. Attempts to revive him failed.

Prosecutors in rural areas have struggled to identify motives behind many of the murders. Ms. McCoy concluded that the stress of the pandemic had contributed to disagreements escalating into violence. 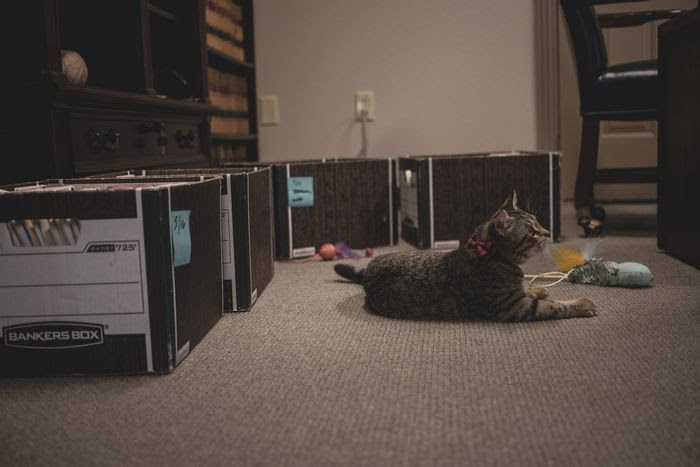 That spring, 77-year-old Julius Williams Jr. was killed in what appears to have been a dispute about his lawn. Mr. Williams had lived much of his life in Kensett, a town of about 1,500 with weathered houses, weedy yards and a single main intersection.

Jason Baxter, a 26-year-old resident of a nearby trailer park, asked Mr. Williams if he could mow the older man’s yard, according to court records. Mr. Williams declined.

Days later, police found him lying inside his front door in a pool of blood. Mr. Baxter admitted to police that he had shot Mr. Williams, who was Black, “right in the eye,” according to a transcript of his police interview.

Mr. Williams’s daughter Thunder Nkere said she couldn’t believe he was killed in the tiny town where she grew up. “It’s one of those little country bumpkin places where everyone knows each other,” she said.

Last year, the number of homicides in White County declined to four. Ms. McCoy said she hoped the easing of the pandemic would help continue the decrease in numbers.

Killings in the county haven’t yet fallen to prepandemic levels, and the sheriff’s office has strained to keep up, even after more than doubling the number of detectives. It recently converted a donated ambulance into a crime-scene vehicle. It also bought new equipment, including a machine that can extract cellphone data in hours, compared with waiting months for a state lab to process such data.

In April, Mr. Baxter pleaded guilty to first-degree murder and was sentenced to 40 years in prison. Ms. McCoy wiped away one line on her murder board.