When global leaders convened in Paris in 2015, they agreed to cut their greenhouse emissions enough to try and limit global warming to 1.5℃.  Yet as they gather again at the United Nations’ COP 26 climate meetings in Glasgow, they are not even close to meeting that target.1Emissions have bounced back after falling during the height of the COVID-19 pandemic, and atmospheric carbon dioxide levels are the highest they have been in human history. They now measure about 40% above their pre-industrial levels.2

Until now, about one in every three molecules released through the burning of fossil fuels has been taken out of the atmosphere and into the land’s surface, mostly through woods and forests.3 However, scientists are still unsure how much carbon those trees will be able to store in the future. Will they absorb more out of the atmosphere as CO2 levels rise? Or could they be overwhelmed by their changing environment?https://iframely.shorthand.com/v0MzGgy?playerjs=1

The Birmingham Institute of Forest Research (BIFoR) is investigating those questions using a futuristic outdoor laboratory. Its Free-Air Carbon Dioxide Enrichment (FACE) facility analyzes the effects of rising CO2 concentrations on a slice of mature woodland in the heart of England. It is the first project in the northern hemisphere, and only the second in the world, to study how an established forest [in the county of Staffordshire] will respond to climate change. Scientists in the past have looked at younger stands of saplings or simply picked leaves and tested them in a lab.

“We often talk about this project as a kind of time-travel experiment,” says Rob MacKenzie, BIFoR director and Professor of Atmospheric Science at the University of Birmingham. “We’re taking patches of mature forest and exposing them to elevated concentrations of carbon dioxide – the kind of concentrations that will be the planetary average by mid-century.”

The project, which launched in 2017 with a visionary £15 million philanthropic donation, uses rings of pipes as high as the tallest tree to soak 30-metre-wide plots of ancient oak forest in carbon dioxide levels 150 parts per million (ppm) above current levels – a 38% increase on current levels of just over 400 ppm – to see how the trees respond. Scientists then compare the results with areas of woodland which have not been bathed in CO2-enriched air.

Their initial findings suggest that ancient oak trees will increase the rate at which they absorb carbon dioxide as the global atmosphere changes. Over the first three years of the BIFoR FACE project, they increased their rate of photosynthesis by up to a third in response to raised levels of CO2.

There are bigger questions to answer. While scientists know that forests provide some of the world’s most important sinks for the carbon emitted through natural and human activities, there is much to be discovered about how that process works.

“We know carbon dioxide is being stored in land all around the Earth, and predominantly in forests, but we’re not sure about exactly how that is happening, and in which forests, and where inside the forest carbon storage is happening,” says Professor MacKenzie. “So our strategy is to measure where the carbon goes and to follow it throughout the forest.”

That means tracking how the whole ecosystem responds to climate change. BIFoR FACE is using everything from high-tech drones and lasers to basic bug-traps – and measuring leaves, the girth of trees, and soil chemistry – to see what happens to the extra carbon that is pumped across it, and where it gets hidden away.

Humans have taken carbon stored in the earth – in fossil fuels and forests, for example – and released it back into the atmosphere, by cutting down or burning them. Some dissolves into the ocean, and some goes into terrestrial ecosystems, of which forests are the most important. They cover 30% of the earth’s surface4, and account for 45% of the carbon stored on land5, so understanding how climate change affects them is vital.https://iframely.shorthand.com/etfm7Ds?playerjs=1&img=1&lazy=1&v=1&app=1

Armed with reams of data on how much carbon dioxide forests can absorb, scientists hope to improve our understanding of the ‘carbon budget’ – the amount of CO2 that humans can emit while still having a chance of limiting global warming. That, in turn, should help shed a light on how well emissions reduction strategies are really working.

Across the world, thousands of governments and companies are falling back on carbon ‘offsets’ to meet their climate goals – planting trees to take carbon dioxide out of the atmosphere and compensate for their real emissions. Environmental campaigners complain that is just a form of “greenwashing,” used to dodge real cuts. The projects, some argue, have little impact on climate change at all.6

“If we get the carbon budget sorted out, we will be able to advise policymakers on the usefulness of the tree-planting strategies that are being put forward now,” explains Professor MacKenzie.

Newly planted forests always release more carbon than they capture, creating a carbon debt, because they disrupt what is stored in the ground. That quickly changes as trees grow and begin absorbing CO2 from the atmosphere. But what is not so well understood, notes Professor MacKenzie, is how much carbon mature woodlands can absorb. “When the forests are very well established, there is a much more complicated mosaic of growth and decay and it’s much harder to be sure how much carbon they’re taking in,” he says.

“What we’re hoping to find is that forests will continue to be a strong absorber of carbon,” he goes on. “There are some reasons for believing that will be the case, but it’s not a given, because there are other determinants of forest health which could make them go from absorbing carbon to losing carbon.”

Although forests seem to be adaptable, absorbing more carbon dioxide as its concentrations rise, their changing diet could still affect their health and resilience. Moreover, they will face other stresses, beyond rising carbon levels, says Professor MacKenzie. As variables such as temperatures and rainfall change, he notes, “that’s where vulnerabilities could start to creep in.” 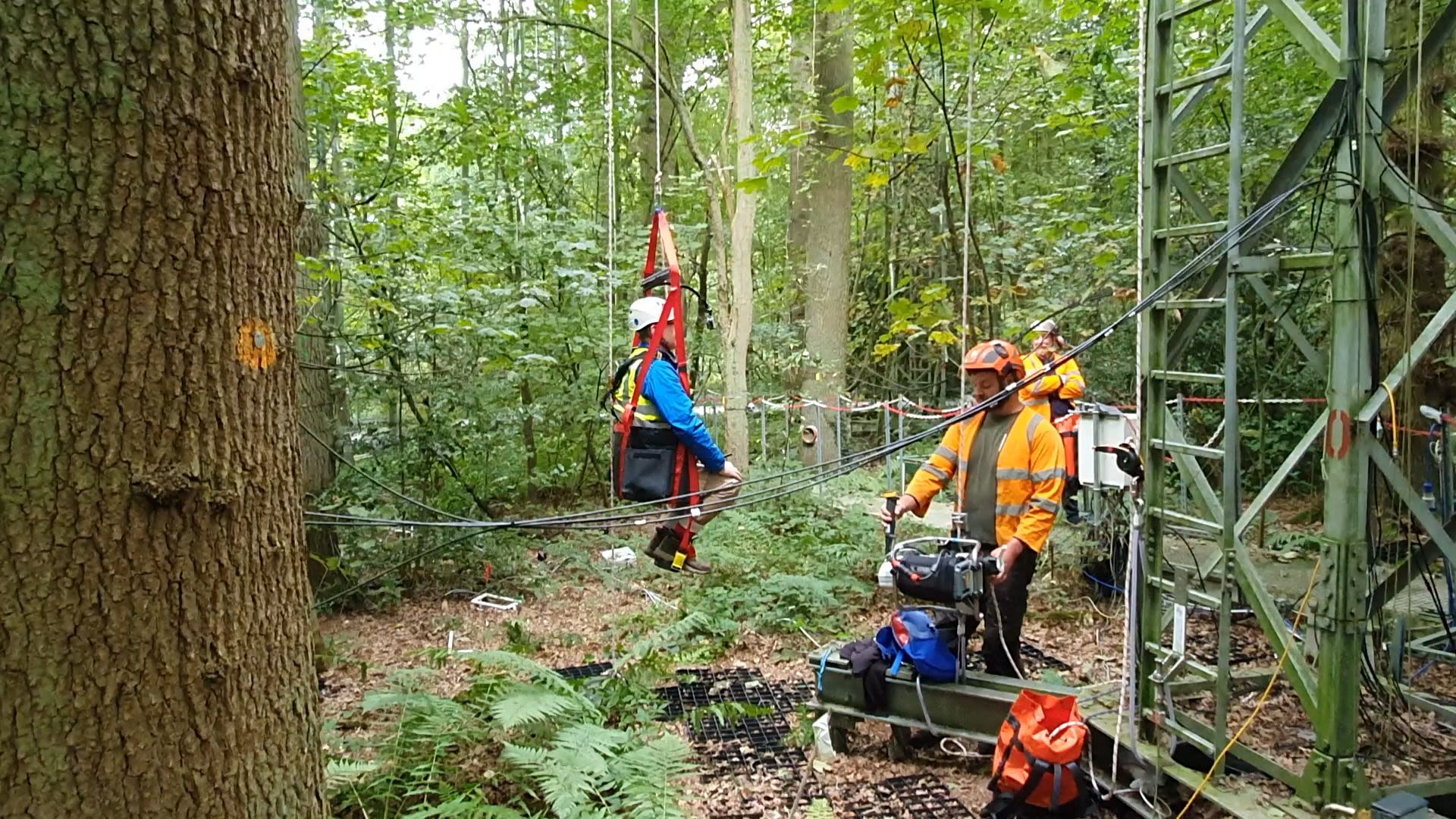 Tree planting is only a short-term solution

Even if woods and forests offer a buffer against greenhouse gas emissions, planting trees is not a long-term answer to climate change, Professor MacKenzie warns. Although they act as sinks for carbon, they will sooner or later release it back again, when they are burnt or chopped down, he argues: “You’re gaining an offset, but only in the short term.”

“If you want to get rid of that carbon you have got to take the carbon you’ve put into trees and do something with it,” he notes, giving the example of carbon capture and storage. “But it’s not a simple as saying: ‘I’ve got this much carbon fossil fuel, so I just have to plant this much forest’, as the forests alone can’t keep the carbon away from the atmosphere forever.”