Sunday Reading: The World of Bill McKibben and Elizabeth Kolbert 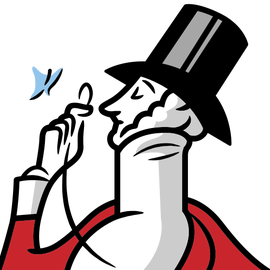 Acrucial U.N.-sponsored meeting, the twenty-sixth Climate Change Conference, is now taking place in Glasgow. Insiders refer to it as cop26, and it may prove to be a landmark event in the history of this global emergency—another opportunity for Presidents, Prime Ministers, and autocrats to find ways to reduce a terrifying threat that we’ve been engineering since the Industrial Revolution. In the coming days, you will hear and read about the political machinations in Scotland. That’s inevitable and important. But it’s also a good moment to read two essential works by two essential writers on the climate crisis, works that were first published in The New Yorker.More from the Archive

Sign up for Classics, a twice-weekly newsletter featuring notable pieces from the past.

In 1989, Bill McKibben published “The End of Nature,” a remarkable and reflective piece that took the earliest warnings of the crisis seriously and speculated on what climate change would mean for the earth and for humankind. Dismissed by some at the time as sanctimonious or exaggerated, McKibben’s reporting was not only prescient, it became the cause of his life, both as a writer and as a citizen.

Elizabeth Kolbert came to The New Yorker from the Times as a City Hall reporter, in 1999, but she soon pivoted to the environment. In 2005, she published an astonishing three-part series called “The Climate of Man.” Every writer and editor knows the peril of publishing work about the climate emergency; many readers, fearing gloom, would prefer to read almost anything else. And yet both McKibben and Kolbert, in their own ways, bring such intellectual and literary force to their work that attention must be paid. So by all means follow the daily coverage of Glasgow—but, to understand the stakes, go deep, take the time: read Bill McKibben and Elizabeth Kolbert.

The End of Nature

The rise of greenhouse gases and our warming earth.View Story

The Climate of Man—I

The curse of Akkad.View Story

What can be done?View Story

The New Yorker offers a signature blend of news, culture, and the arts. It has been published since February 21, 1925.