Note that almond milk which is responsible for diverting an unreasonable amount of California’s potable water has the lowest protein content of the alternatives.

Almond, hemp, oat, soy, and cow’s milk: Which is best?

The number of people choosing nondairy, plant-based alternatives to cow’s milk appears to be growing. So, how do these different milks compare nutritionally?

Research from 2018Trusted Source says that eating and drinking milk that comes from cows has been falling, with interest in alternative milks rising.

Some of the different types of plant-based milk products include:

One of the main medical reasons why people choose plant-based milk products is to avoid symptoms of lactose intolerance or a cow milk protein allergy.

Doctors estimate the incidence of this allergy is 2 to 5% in children under 3 years old. The incidence is lower in adults.

Some people may also choose plant-based milk products because they believe they are more sustainable, ethical, or healthful options compared to cow’s milk.

In this article, we take a look at the pros and cons of drinking almond, cow, hemp, oat, and soy milk from a health perspective. 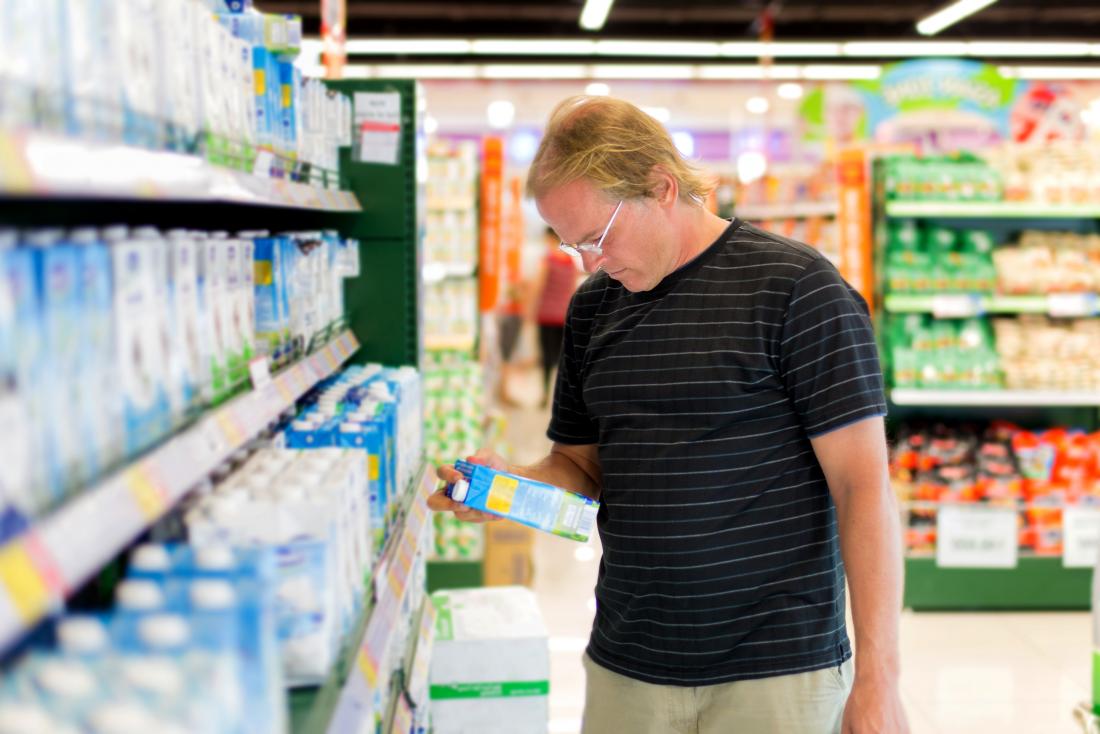 The number of people drinking nondairy milk is increasing.

It is important to note that the nutrient profile of each brand of plant-based milk will differ. Some beverages are flavored and may contain more sugar and salt than other brands. Some manufacturers also add calcium, vitamin D, vitamin B-12, or other nutrients.

The amount of calcium that the body absorbs depends mainly on the type of food a person eats. The body can absorb about 30–32% of the calcium in dairy products, and only 20–30% of the calcium from plants sources such as almonds.

Almond milk is one of the most widely consumed plant-based milk variety in North America, the European Union, and Australia. Researchers have suggested that almond milk is an effective alternative for children and adultsTrusted Source who suffer with allergies or intolerances to milk.

Almond milk is low in calories and protein, which may not be suitable for all people, especially children.

People who are not looking to lose weight will need to add additional sources of calories, and choose healthful sources of protein, such as beans and fish, to meet their daily needs.

Some manufacturers add calcium to almond milk to better resemble the nutritional content in cow’s milk. People may not be able to absorb as much of this calcium as they would from dairy, so they should be sure to consume plenty of other calcium sources, such as dark green vegetables.

Almond milk is available in flavored varieties. Some of these products have added sugar to extend the shelf life and improve the flavor and texture.

When people add almond milk to hot beverages, they will notice the milk separates.

Unflavored hemp beverages are also low in calories and proteinTrusted Source compared with cow’s milk. There is, however, more protein in hemp beverages than in almond milk.

Hemp milk will not separate in hot drinks, so people can add it to their coffee and tea.

Some people may not like homemade hemp milk because of its earthy taste and chalky texture. Store-bought varieties have additional ingredients that help to mask the taste and texture.

Oat milk has a mild, creamy flavor that makes it good for cereals, hot beverages, and drinking on its own.

Oat milk is not suitable for people with gluten intolerance or with celiac disease.

Unflavored oat milk has the highest amount of calories and carbohydratesTrusted Source of plant-based milk varieties. Although the sugar is natural, oat milk is very high in carbohydrates.

Along with soy milk, oat milk provides more riboflavin, or vitamin B-2Trusted Source, than cow’s milk. Many manufacturers add additional vitamins and minerals to oat milk to increase the nutritional value of the drink.MEDICAL NEWS TODAY NEWSLETTERKnowledge is power. Get our free daily newsletter.

Dig deeper into the health topics you care about most. Subscribe to our facts-first newsletter today.Enter your emailSIGN UP NOW

Soy milk is the most common substitute for cow’s milk and the first plant-based alternative to appear on the market in the United States.

The 2015–2020 Dietary Guidelines for AmericansTrusted Source suggests that people with lactose intolerance consume fortified soy beverages as an alternative to cow’s milk.

When people compare soy milk with almond, hemp, and oat milk, this milk alternative has the highest amount of proteinTrusted Source per serving.

As with many other plant-based milk varieties, soy milk manufacturers often add calcium and vitamin D.

Plant-based milk varieties have high levels of phytate and oxalate, which are compounds that can block the absorption of calcium. According to the 2019 review in the journal Nutrients, experiments on soy milk show that despite the presence of these compounds, calcium absorption was similar to that of cow’s milk if the manufacturers fortified it with calcium carbonate.

Although soy milk has more protein than other plant-based milk products, cow’s milk has higher amounts of the essential amino acids methionine, valine, leucine, and lysine.

The body does not produce essential amino acids, so people need to make sure they get enough of these in their diet.

Plant-based sources of amino acids include:

People also consume soy milk because it has isoflavonesTrusted Source, which researchers suggest have anticancer effects.

Some people dislike the flavor of soy milk. To mask the bean-like flavor of this drink, manufacturers sometimes add other flavors and sugars. People who want to reduce their sugar intake should be mindful of these additions.

Doctors may also recommend that children under 3 years old with cow milk protein allergy avoid drinking soy milk, as they may also be allergic to soy.

Farmers use a variety of pesticides when growing soybeans, so people who want to avoid pesticides may wish to choose organic brands. 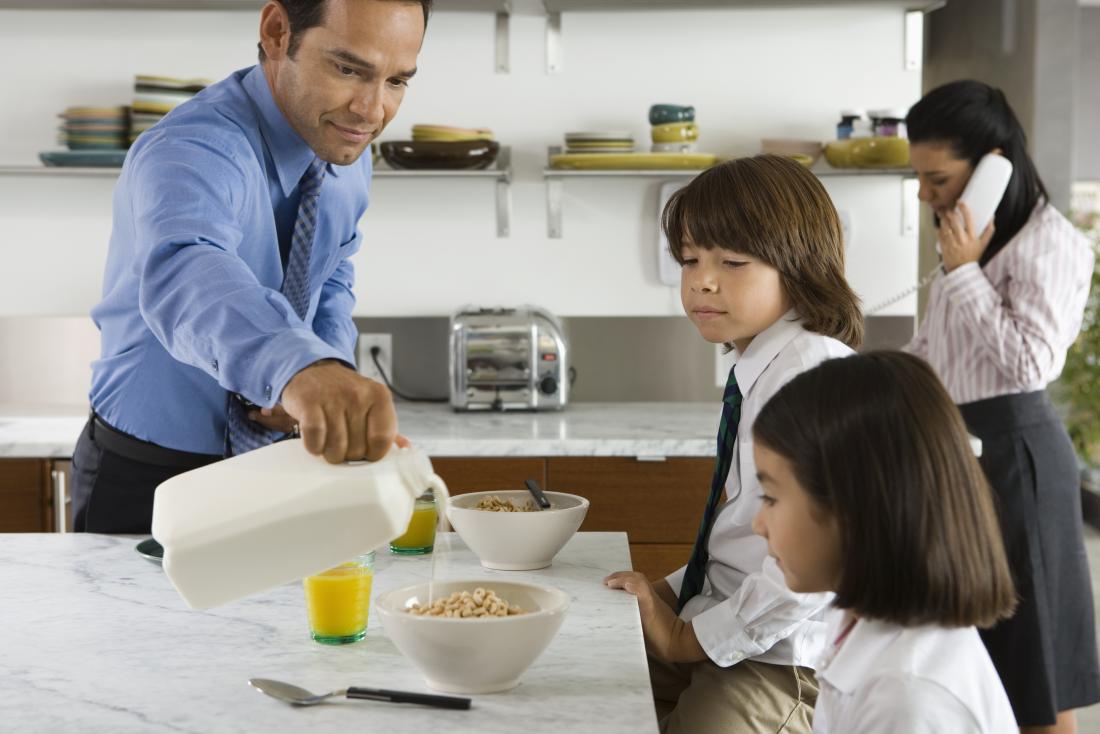 Some people are unable to drink cow’s milk due to lactose intolerance.

Today, many people are choosing plant-based milk alternatives over cow’s milk. One reason for this switch is increasing concern about the health risks of consuming dairy.

A small percentage of children and adults have an allergy to cow milk protein.

Lactose intolerance is very common. In fact, the majority of people have a reduced ability to process milk products after infancy. More than 90% of some communities in East Asia are lactose intolerant.

In some countries, people have become ill from drinking raw cow’s milk that the bacteria Escherichia coli (E. coli) and Salmonella sppTrusted Source has contaminated.

Some researchers have suggested that there may be an association between consuming cow’s milk and the development of acne in teenagersTrusted Source, but more research is necessary to confirm this claim.

Several studies have explored the association of cancer risk and dairy consumption. Researchers have found a lower risk of colorectal cancerTrusted Source in people who consume a diet high in dairy. Calcium may have protective effects on colorectal cancer.

Other studies on the risk of bladder, prostate, and breast cancer and dairy consumption show conflicting results and require further research.

Again, the 2015–2020 Dietary Guidelines for Americans recommends that people consume three servings of dairy every dayTrusted Source to meet their calcium needs.

Older research from 2010 found that lactose-intolerant adults can likely tolerate at least 12 grams of lactose, which is the amount present in approximately 1 cup of milk.

People may also find that they can consume aged cheeses, which are essentially lactose free, and yogurt with active cultures, which help digestion.

Anyone experiencing bothersome symptoms after consuming lactose can speak to a doctor about alternatives.

Some people are now drinking nondairy plant-based milks and beverages instead of cow’s milk. Replacing cow’s milk with these alternatives may mean a person will need to find other sources of protein, calcium, and certain vitamins and minerals.

Many brands of plant-based milk drinks will have added vitamins and minerals, but not all of the added nutrients are absorbed by the body.

Some plant-based milk alternative brands have a higher content of sugar and salt than cow’s milk, so people may wish to look for low-salt and no-added-sugar varieties.

People need to be aware that plant-based beverages are not an exact substitute for cow’s milk. Those who usually get calories and other nutrients from cow’s milk should speak with a licensed dietitian to ensure they find suitable alternatives. This is especially important for children.

Read the article in Spanish.