Some businesses thrive and some fail. Altho the focus during the pandemic has been on the economic disasters that have hit so many businesses, the newly vacant space has prevented an irresistable opportunity for those with the dreams and resources. After all, NYC is still the place where many would love to thrive.

Eli Sussman is counting on heavy foot traffic for the new location of his Mediterranean restaurant, Samesa, at Rockefeller Center in New York City.Camille Petersen 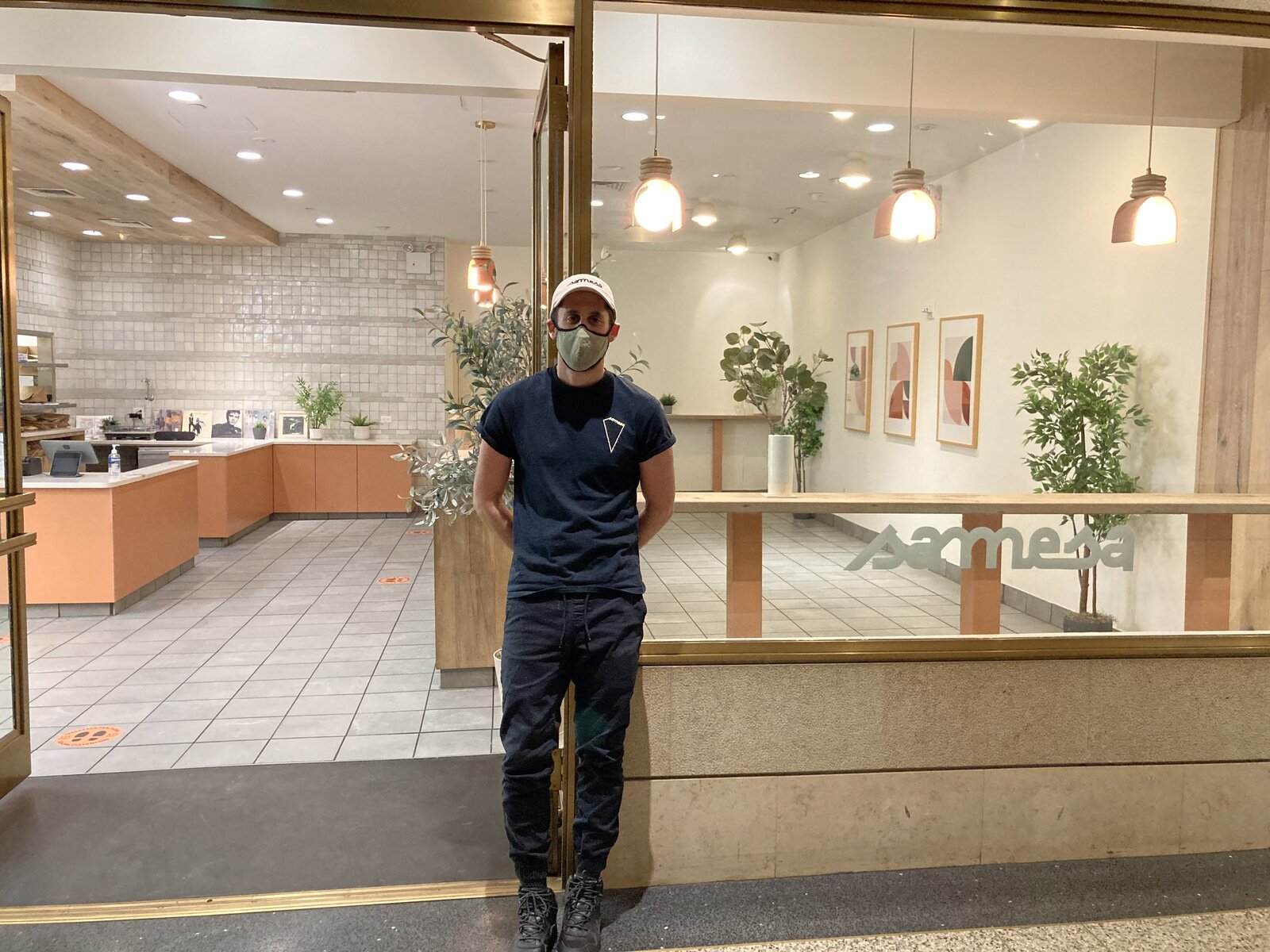 Eli Sussman never imagined he would be able to open a restaurant at 30 Rock — the heart of Manhattan and the location of Tina Fey’s sitcom by the same name.

But he’s done it.

His Mediterranean fast casual restaurant Samesa opened in Rockefeller Center in March. Before then, Samesa was on a residential side street in Williamsburg, Brooklyn.

“It’s about as night and day as you can get,” Sussman says.

Until now, getting a spot in Midtown Manhattan was too expensive and competitive — Sussman would be typically bidding against big chains.

But new leases and lease renewals are down nearly 60% in Manhattan since the early days of the pandemic, opening up new locations, according to the real estate services firm CBRE.

Samesa’s Brooklyn location closed in September because of the pandemic. Sussman started eyeing new spaces with lots of foot traffic and office workers looking for a quick lunch.

For a fast casual restaurant such as Samesa, Midtown Manhattan is the ultimate dream location, he says.

And as New York City takes big steps toward reopening, with many COVID-19 capacity limits and restrictions lifted as of May 19, some business owners are taking advantage of a less cutthroat real estate market to get their dream spaces.

Sussman is paying more in rent at Rockefeller Center than in Brooklyn but expects he’ll get more customers.

It’s a significant bet. Rockefeller Center is still quiet, and small-business owners such as Sussman need office workers and tourists to come back soon.

“The amount of people that are going to walk by Samesa is so much exponentially greater than what was at my previous location. So I’m playing a bit of a long game here,” Sussman says.

In Manhattan’s trendy Meatpacking District, Jesse Dong is also betting on the city’s recovery. He owns the clothing retailer Two Minds. The store opened a few weeks ago.

Dong lost his retail job during the pandemic and started thinking about opening his own store. He was riding his bike and saw an available storefront on his dream street. It has cobblestones and is near luxury shops such as Hermès and cultural attractions such as the Whitney Museum.

“We knew we had to move fast or it was going to slip through our fingers,” he says.

Dong says it felt like if he waited to bid on the space, he’d be up against tenants with bigger names and more resources — so he signed a lease.

He says that puts him in a good position now that many COVID-19 restrictions have been lifted in New York. 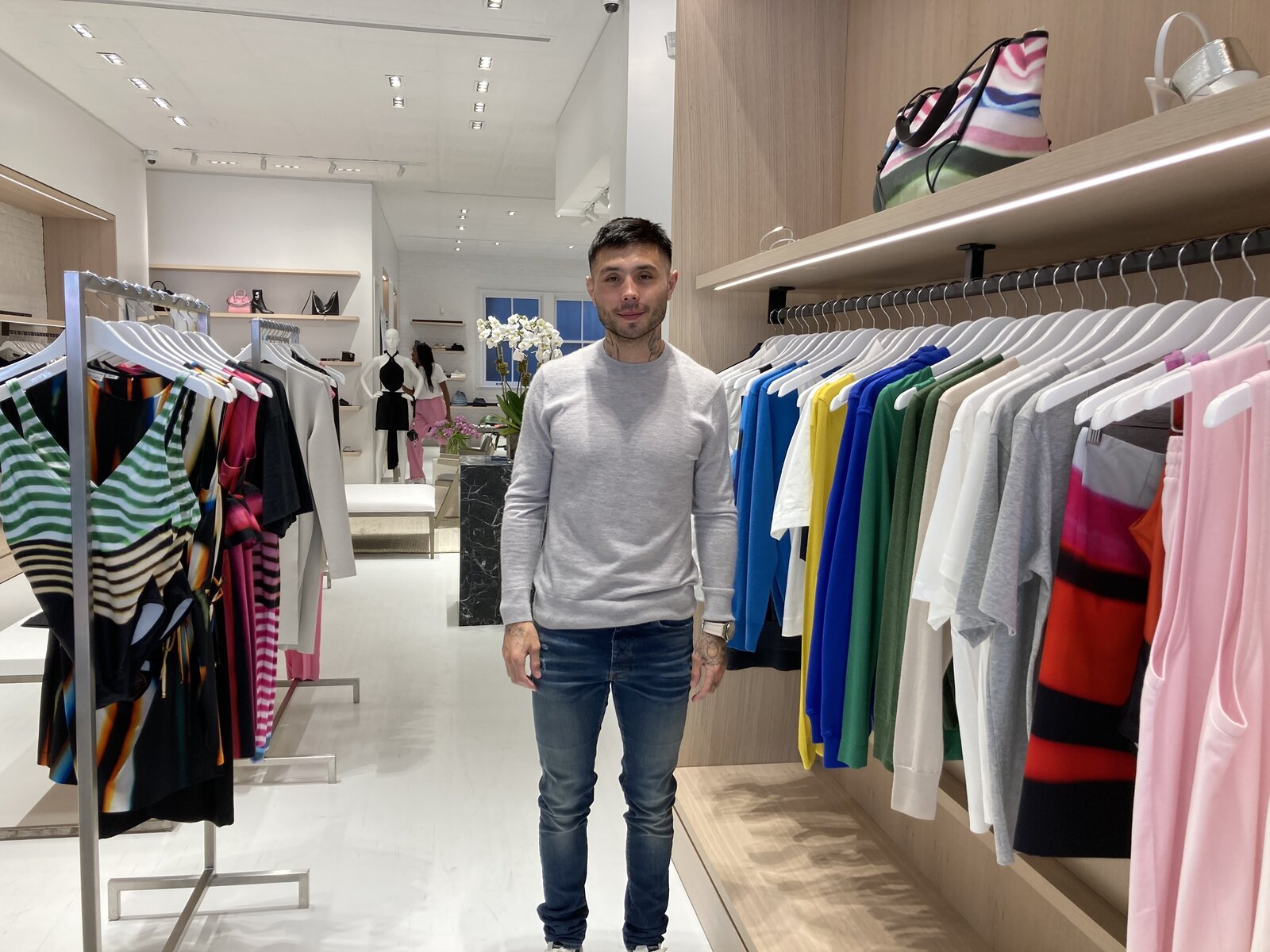 Jesse Dong opened the clothing retailer Two Minds in Manhattan’s Meatpacking District a few weeks ago. He considers it his dream space.Camille Petersen

He says this is the time for tenants to make decisions on new spaces. Over the last six months, there’s been a 22% increase in the number of tenants looking at spaces — and that number keeps rising.

“The flow of tenants back into the market has actually started to spark bidding wars,” Slattery says.

All these small-business owners will be hoping for the same thing: a return to the way things used to be, with people on shopping sprees or on their way to a towering holiday tree.

“We’re open,” Dong says about his clothing store. “And there seems to be a return to normalcy.”