This has been my favorite app for podcasts forever. Now I just have to find a way to listen to them off my watch when I already have two masks, glasses, and ear muffs over my ears.

In the latest update to his popular podcast app, developer Marco Arment has shipped a completely overhauled version of Overcast for Apple Watch. The update not only resolves some longstanding issues with the old Watch client but also debuts playback speed controls, chapter skipping, and show notes for the first time on the Apple Watch.

When you first open the new Apple Watch app, Overcast will spend some time fully syncing with its iPhone counterpart. Once this initial sync completes, you’ll gain access to the new interface. Instead of the previous three-page, horizontal-scrolling layout, Overcast for Apple Watch now features a much simpler design. At the top, you’ll find large buttons to manually request a sync with your iPhone and to access the app’s settings.

I always love to see sync buttons in Apple Watch apps. While auto-syncing is a beautiful thing when it works, few issues frustrate me more than when my Apple Watch and iPhone fail to sync and I have no clear way to make them retry manually.

Overcast’s settings on Apple Watch are pretty barebones — just allowing you to choose which (if any) playlists you want to be downloaded directly onto your Watch. I can’t think of any other settings the Apple Watch version would need, though, and I’m glad that the download options were migrated out of the iPhone app since I always used to forget where they were.

The real fun in the new app can be found in its now playing screen. Accessible via the ‘Now Playing’ button that shows up when a podcast is active, you’ll see a new ‘…’ button in the bottom-right corner. This brings up an interface where you can access playback speed or skip between chapters. If you scroll down, you’ll find show notes for the episode as well. I’d love to see a future update make the full list of chapters available so I could read their names and jump between them, but this is a great start and has nearly all of the features that I would have wanted access to from my wrist.

I’m glad to see Overcast’s Apple Watch version getting some much-needed attention. The app feels modern on the Apple Watch again, and I’m looking forward to having quick and easy access to my podcast controls from my wrist once more. There are even some new complications that, while they’re still just launchers, now provide easy access to two different icon color schemes. There’s even a new complication for the Solar watch face which turns the date into an Overcast launcher.

The Overcast update also includes completely rewritten Shortcuts intents, making its Shortcuts integrations more seamless and powerful. You can now ask Siri to “play [some podcast name] in Overcast” without having to manually add the shortcut first. This even works for podcasts that you aren’t subscribed to. If you want to play Overcast playlists via Siri or have custom phrases for particular podcasts, you can still do so by adding shortcuts from Overcast’s Settings > Siri Shortcuts view.

Overcast now supports a long list of Shortcuts actions that cover nearly all of its playback controls, and these can be used to build custom shortcuts or Siri commands. There seem to still be some bugs to work out when running the actions from Siri, but they do all work when run from Shortcuts itself.

I’m looking forward to using some cool playback shortcuts once Overcast’s new actions are ironed out. As an example of what can be done with these, I created a shortcut called “What did they say?” which mimics an Apple TV feature that I love. When the shortcut runs, it skips back ten seconds, disables Smart Speed, and lowers the playback speed to 1. I can then re-listen to the last ten seconds without any speed changes — to make sure the sound is as clear as possible. After waiting ten seconds, the shortcut reenables Smart Speed and boosts my playback speed back up where I like it.

While this shortcut errors out if I run it from Siri or my Apple Watch right now, it runs great from a Home screen icon for the time being. Hopefully the next Overcast update fixes the Siri integration, but in the mean time you can download the shortcut below to try it out yourself. 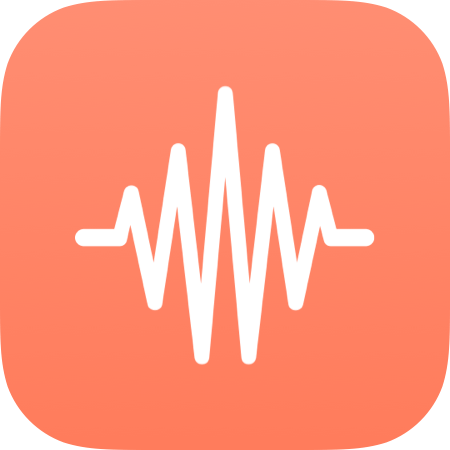 What Did They Say?

Run this Shortcut to skip back in Overcast and slow the speed down, then speed it back up after re-listening to the part you missed.

Get the shortcut here.

The last Shortcuts change in the new Overcast update is that the ‘Current Episode Info’ shortcut now receives more information about podcasts from the app, including their title, URL, show notes, and artwork. You can use this to create rich notifications, or send detailed info on the podcast you’re listening to over to another shortcut in your automation.

I’m very pleased with Overcast’s new focus on expanded Shortcuts intents and actions. While there are still some bugs in this first iteration, I’m sure Arment will get them worked out soon so that we can start running these actions via Siri as intended.