Yes, I keep posting about this, but the waste is horrendous and doesn’t do any good for the user of plastic bottles. The water you buy is likely not to be as healthy as pouring water thru a filter at home. Moreover, Nestle is pulling a lot of its water from areas that need the ground water for growing crops that we eat. Please go to this minor inconvenience.

Do you drink bottled water? Read this

Bottled water is atrocious for the environment. You’re better off buying a water filter for healthier, tastier water 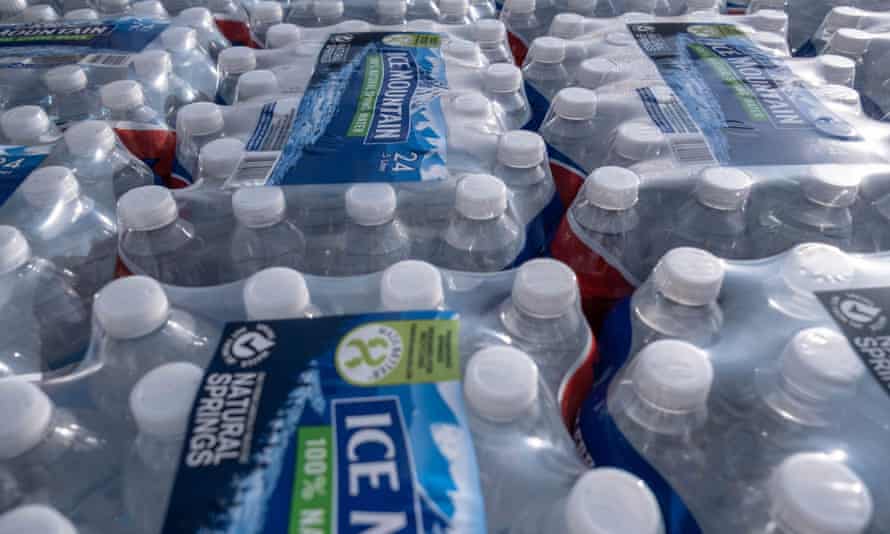 ‘Although water bottles are recyclable, Americans throw away about 80% of the bottles they use – and, by some estimates, Americans use 1,500 plastic bottles of water every second.’ Photograph: Seth Herald/AFP/Getty ImagesThu 28 Jan 2021 06.17 EST

For years, the debate has raged on: which is better, bottled water, or tap?

Despite its ever-growing popularity in the US, bottled water is atrocious for the environment. To quote Harvard University’s Office for Sustainability, “The entire life cycle of bottled water uses fossil fuels, contributes to global warming, and causes pollution.”

Although water bottles are recyclable, Americans throw away about 80% of the bottles they use – and, by some estimates, Americans use 1,500 plastic bottles of water every second. Plastic bottles contribute immensely to global environmental crises, in part due to the fact that they disintegrate into microplastics, the presence of which are so ubiquitous researchers recently discovered them in the placentas of unborn babies. Bottled water takes 2,000 times the energy to produce and ship than its tap equivalent. The extraction and manufacturing processes used by bottled water corporations can also have negative environmental and economic effects, and amount to the privatization and commodification of a limited and invaluable resource to which all should have a universal right.Advertisement

When clean, safe water is unavailable, drinking bottled water becomes a necessity. The average consumer, however, does not purchase bottled water out of need, but because it’s convenient and often effectively marketed as purer or tastier than tap – despite the fact that it does not necessarily even come from the appealing sources consumers think it does. Bottled water is also about 3,000% more expensive per gallon than what’s in the tap.

When it comes to the health qualities of bottled water versus tap, differences are largely negligible. Both tap and bottled water are required to meet quality requirements set by the EPA and FDA, respectively. Contamination is always possible in either – and is an urgent issue affecting tap water in parts of the US – but by prevailing standards both are generally fine to drink.

Prevailing standards, however, have not quite caught up to the threat of PFAS – a group of industrial chemicals numbering in the thousands and used in a variety of consumer products. PFAS have been found in both tap and bottled water. There is currently no federal guidance on PFAS regulation, though there is evidence that the most-studied forms of PFAS are carcinogenic and linked to liver damage, thyroid disease, and pregnancy risks, among other adverse health effects.

“PFAS have been found in the blood of over 98% Americans,” Dr Rebecca Aicher, project director at the Center for Scientific Evidence in Public Issues, told me. “Because the research has shown there may be human health effects, there’s a lot of interest in where the exposure is coming from – [and] we know there is exposure from drinking water.”

According to The Environmental Working Group, as of January 2021, 2,337 locations in 49 states are known to have PFAS contamination in their water systems. Last autumn, Consumer Reports also found concerning levels of PFAS in popular bottled water brands, including Nestlé products from the Perrier and Poland Spring lines, and canned carbonated waters like Bubly and LaCroix, among others.

So, where does this leave those of us who simply want to stay hydrated?

“Most importantly,” says Aicher, “municipal water must be tested to determine if there are PFAS in the water – that’s the first step, to encourage states and communities to have sampling and monitoring plans for PFAS.” Bottled water companies, it follows, must also be held accountable to test for PFAS.

If there are PFAS in your drinking water, the wisest immediate option may be investing in a home water filter, and maintaining it responsibly, according to a 2020 study by researchers at Duke University and North Carolina State University. Scientists compared the level of contaminants remaining in water filtered through pitchers, in-fridge devices, under-sink reverse osmosis and two-stage filters, and whole-house systems.

“All of the under-sink reverse osmosis and two-stage filters achieved near-complete removal of the PFAS chemicals we were testing for,” Dr Heather Stapleton, who worked on the study, said in a Duke University release. “In contrast, the effectiveness of activated-carbon filters used in many pitcher, countertop, refrigerator and faucet-mounted styles was inconsistent and unpredictable. The whole-house systems were also widely variable and in some cases actually increased PFAS levels in the water.”

Even then, there is the issue of what to do with your PFAS-riddled filter once you’re finished with it. Effective water filters may remove PFAS, “but you’re not actually destroying the PFAS. So once you’ve pulled the PFAS out of the water there’s actually waste that needs to be dealt with, because the PFAS are still intact,” says Aicher.

If tossed into a landfill, PFAS will leech right back out into waterways. They can be incinerated at a very high temperature, but unless you have access to an industrial incinerator, you’re stuck waiting for state intervention, or the EPA’s action plan to address the presence of PFAS in drinking water to take meaningful effect in your community.

I know – it’s hard to swallow.