A thoughtful group of ten books that either made this reader ponder or otherwise brought her out of herself despite the solitary nature of the reading experience. 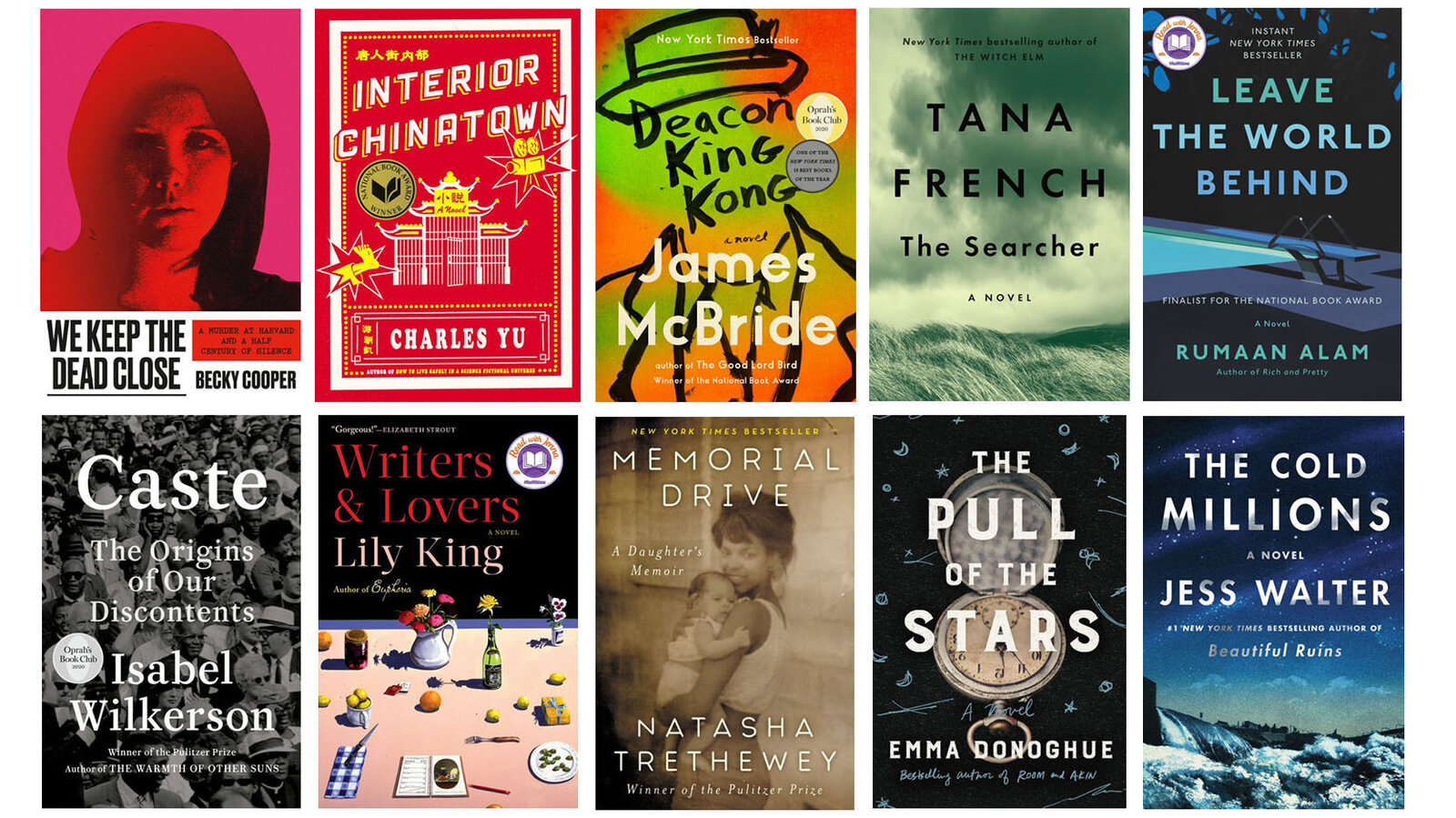 There’s an underlying quality of solitude about this pandemic experience. Sealed into our little Zoom boxes, masked when we’re in contact with others, many of us feel separated from the world by split-second time delays and a thin layer of lint.

Books break through. They enter directly into our heads, occasionally our hearts. Here are 10 of the books that broke through for me during this tough year.

Leave The World Behind

Leave The World Behind is an extraordinary, shape-shifting novel that begins, as so many stories do, with a journey: A white family is driving out to an Airbnb in the Hamptons on Long Island for vacation. What begins as a domestic tale soon morphs into a comedy of manners about race, when the Black couple who owns the Airbnb unexpectedly turns up. Slowly, that comedy of manners sours into a vision of global disaster that Alam’s characters and readers alike will keep denying. Sound familiar?

McBride is such a buoyant poet of a novelist that he could write a book about paper clips and I’d read it. Fortunately, Deacon King Kong is about so much more: Set in a Brooklyn housing project in the 1960s and focused on the apparently random murder of a neighborhood drug dealer, the novel captures the rough-edged communal life of a vanished New York.

The Cold Millions was one of two vivid historical novels that carried me away this year. Walter, who’s one of my favorite novelists, centers his tale on the free-speech demonstrations that erupted in Spokane, Wa., in 1910 and 1911, and pitted police against transient workers, many of whom identified as Wobblies. The story is reminiscent of sweeping novels by the likes of Herman Wouk and Howard Fast, tellers of big tales about the forgotten foot soldiers of the past.

The Pull of the Stars

The Pull of the Stars is set in a maternity ward in 1918, in Dublin, a city hollowed out by the Spanish Flu, the first World War and the 1916 Irish Uprising. Donoghue gives us a cityscape of empty schools and cafes, and the ubiquity of masks, here quaintly described as “bluntly pointed … like the beaks of unfamiliar birds.” This is an engrossing and inadvertently topical story about health care workers inside small rooms fighting to preserve life.

Yu’s novel, which just won the National Book Award, is an inventive satire about racial stereotyping, particularly of Asian Americans. His main character, Willis Wu, lives in a rooming house and has a bit part in a TV cop show, called Black and White. About his career in show business, Willis tells us:

First you have to work your way up. Starting from the bottom, it goes:

[All the way up to the pinnacle:] Kung Fu Guy.

But as Yu dramatizes, even “Kung Fu Guy” is outmatched by the crushing perceptions of white society.

Casey Peabody, the 31-year-old main character of Writers & Lovers, aspires to be a novelist. In this story, King captures the chronic low-level panic of taking a leap into the artsy unknown — and the cost of sticking with the same dream for, perhaps, too long.

Mysteries, as always, kept me sane-ish this year and the best one I read was French’s stand-alone suspense tale. A Chicago police detective moves to the rural west of Ireland and finds that evil follows wherever he goes. The beautiful and menacing landscape of The Searcher may make you feel better about spending more time indoors.

Caste is, deservedly, one of this year’s big books to ruminate over and argue about. Wilkerson’s central insight — that possibility in America is largely pre-determined by a racial caste system — is dramatized through what’s become her signature style: argumentation through vivid anecdotes and charged metaphors.

We Keep the Dead Close

Cooper presents a meticulously researched account of the murder of a female grad student that took place at Harvard in 1969 and remained unsolved until two years ago. In Cooper’s narrative, the sexism and elitism of academia are the culprits that still remain at large.

The violent death that poet Trethewey writes about in her harrowing memoir is that of her own mother, who was murdered by her stepfather when Trethewey was 19. Memorial Drive is about memory, race and the “phantom ache” that can’t be laid to rest. Of all the books I read this year, this one was emotionally the hardest — and the one that felt most crucial to take in.