This is the issue sometimes called environmental or climate justice. Those people who don’t already have all of the toys and excess of the developed world are never going to be able to have them if human life on the globe is to survive. But can the “have’s” simply say no? Or is there an obligation to at least temper the weight of the changes that will hit the poor the hardest?

Editorial: Wealthy countries are responsible for climate change, but it’s the poor who will suffer most

By THE TIMES EDITORIAL BOARD

Although the richest, most developed countries in the world are overwhelmingly to blame for the catastrophe of global climate change, they are not the ones who will suffer the most from it. Who will? You guessed it: the poorest countries.

The unfairness of that is self-evident, but so is the truth of it. For more than a century, the largest emitters of greenhouse gases, in total as well as per capita, have been the big developed nations, most notably the United States and the countries of Europe, which grew their economies by burning fossil fuels and spewing carbon from their factories, homes and cars. Today they still emit carbon and other greenhouse gasses disproportionately into the environment, although other big countries such as China and India have caught up.

Yet even as the wealthy nations drive the world toward ecological disaster, it is clearly the poor countries that will face the gravest consequences and have the most difficulty coping. For instance, low-lying Bangladesh, already battered by increasingly powerful cyclones, could lose 10% of its territory to the ocean within a few decades, displacing 18 million people.

Political instability and violence, influenced in part by droughts and poor harvests, have already driven millions of people from their homes in sub-Saharan Africa and Central America.

A recent study from Stanford University found that climate change is exacerbating global income inequality between wealthy nations in cooler regions, and poor nations in hotter parts of the world. This is due, at least in part, to the relative inability of poorer countries to pay for the projects necessary to mitigate the effects of climate change, including more extreme weather events and the deterioration of arable land in subsistence economies.

A three-part series on climate change
Part 1: Climate change is already here. 2020 could be your last chance to stop an apocalypse

For instance, Miami Beach is spending hundreds of millions of dollars to raise streets and install pumps in preparation for the expected flooding from rising seas — but Port-au-Prince, Haiti, only 700 miles away, simply doesn’t have the resources for such projects.

A report released last week found that extreme weather displaced 7 million people from their homes during the first half of 2019, especially in Asia and Africa. That set a new record, but researchers warned that the number of such events would increase as the climate continues to change.

So whose problem is this to fix? The simple answer, of course, is that the responsibility for mitigating climate change belongs to all of us: A global problem requires a global solution. We must all change our behavior and our policies.

But the effort must be led by the nations that reaped so many of the benefits of economic development and increased wealth through industrialization for so long. The poorest countries in the world need help finding the money, resources and technology to move toward a sustainable future without plunging themselves much further into crushing poverty and inequality. The richer countries, though they will have enormous costs of their own, have a moral obligation to step up.

The call for “climate justice” is not new. In 2010 and then again at the 2015 Paris agreement on climate change, wealthier nations pledged to donate to the so-called Green Climate Fund, building up to $100 billion per year by 2020. The fund was created under the auspices of the United Nations to help developing countries reduce the emissions that lead to climate change and adapt to the inevitable effects of it that are already underway. The goal of the fund is to use “public investment to stimulate private finance” for climate-related projects. It is governed by a board of representatives from 24 nations.

But in 2018, Oxfam found that the donor nations had fallen behind in meeting their pledge. The organization’s senior climate change policy advisor called the money moving from rich countries to the least developed and most vulnerable “sadly inadequate.” We would add: shameful. While the world burns, the politicians and bureaucrats fiddle.

So far, donor nations have coughed up only $10.3 billion and the Green Climate Fund has committed $5.2 billion of that to 111 projects around the world. President Trump, true to form, has vowed to “terminate” American contributions to the fund; to date, the U.S. has only sent $1 billion of the $3 billion that President Obama had pledged.

While the world burns, the politicians and bureaucrats fiddle.

Further, there is no official mechanism for determining how much different countries should provide. Like a farmer’s roadside stand, the Green Climate Fund seems to be based on an honor system. As the World Resources Institute noted, the initial $10.3 billion in commitments was “a good start,” but “more accidental than the product of a deliberate and transparent logic.”

Self-preservation demands a much stronger sense of urgency.

Even as they change their own energy policies, the world’s wealthier nations must also help developing countries create sustainable energy grids. We must confront China’s counterproductive practice of building coal-fired power plants in developing nations to curry political influence. We must offer aid and policies to reverse deforestation in the Amazon, Indonesia and other vital forests that remove carbon from the atmosphere. 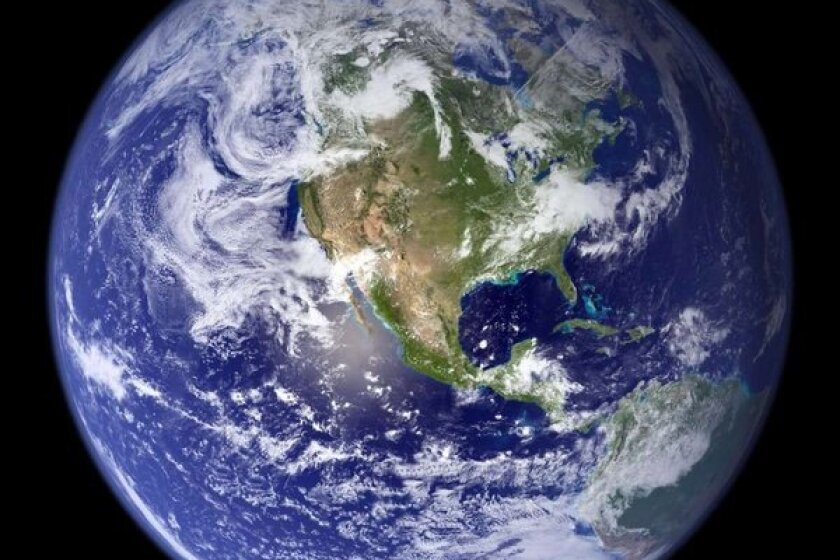 Editorial: Why we wrote our series on climate change

The rich nations must help heavily populated low-lying regions — such as India, Bangladesh, Indonesia and Thailand — prepare for the inevitable loss of habitable land, and the resulting human migration that will follow.

We also must help with mitigation efforts. Bangladesh, for instance, needs financial assistance for a program developing a salt-resistant strain of rice, in anticipation of seawater intrusion. African nations, where 600 million people do not have access to electricity, need help creating that power from renewables rather than fossil fuels. Sub-Saharan nations face longer and more severe droughts that will sharply reduce crops; the region needs biotechnology help and investment to create new hybrid crops that can thrive in harsher, drier climates.

There is no doubt that this will be expensive. But the cost of inaction would be astronomical, both in dollars and in human suffering. All too often, possible solutions to critical problems face headwinds from people who can’t see beyond the dollar signs. But in the case of global warming, we have little choice. If a homeowner knows the roof is leaking, the electric lines are sparking and the foundation is beginning to crumble, he can’t rationally decide not to spend the money to fix it. The investment here is in our continued survival — and it must be undertaken collectively with other nations around the world. To turn away would be catastrophic.

This is Part 2 of a three-part series on climate change.