Some germs from long ago, e.g., the flu virus that killed millions after WWI, have been inert permafrosted areas. Now those areas are thawing and, much to medical researchers’ consternation, are found to be alive and capable of being spread. Suddenly, we need to be capable of wiping out not only currently contagious germs but also any germ that has ever been contagious but kept frozen — until now.

The article below is a variation on that. Germs and chemicals that were airborne long ago and thought to have vanished have also been kept in isolated, frozen locations in the deep snows and ice of the Himalayan glaciers. The glaciers there are shrinking fast as are all glaciers worldwide and anything frozen in the glaciers is now entering the global water supply.

In 1978, the United States finally banned the dangerous pesticide DDT. Other nations soon followed, but after three decades of use, the damage had been done. The molecules didn’t just vanish into the air: Many traveled and were trapped in glaciers, but they’re now being set free as the climate crisis melts polar ice.

As scientists report in Journal of Geophysical Research: Atmospheres, a similar situation is happening in the Himalayas, Earth’s “third pole,” endangering the organisms that live downstream.

The team, led by Mengke Chen, Ph.D., from the Institute of Tibetan Plateau Research at the Chinese Academy of Sciences, measured another class of chemicals used in pesticides known as perfluoroalkyl acids (PFAAs). These chemicals, they found, aren’t only in the glaciers of the central Himalayas but in the meltwater flowing from them into lakes below. Perfluoroalkylated substances like PFAAs are linked with negative health effects like increased cancer risk, low infant birth weight, and immune system disruption.

The team, working in the Nam Co Basin in the center of the Tibetan plateau, discovered that the melting glaciers were releasing about 1,342 milligrams of PFAAs per day into Lake Nam Co. Concentrations reached up to 2,171 picograms per liter in Lake Nam Co, and the team estimates that a total of approximately 1.81 kilograms of PFAAs enter the lake from melting glaciers each year.

It might seem surprising that there’s so much pollution frozen in polar ice, since glaciers are often thought of as pristine reservoirs of water. But researchers are aware of the “Arctic paradox”: the fact that Arctic ice — and Himalayan ice — is very vulnerable to pollutants, especially those that can travel long distances in the air, despite being so far away from the source of the pollution.

For example, in 2018 , scientists pulled up ice cores in Greenland that contained lead from Roman metallurgy that took place in 1,100 BCE. These, like the PFAAs, may eventually be released as the climate crisis worsens. (In the month of July alone, the Greenland ice sheet lost the equivalent of 80 million Olympic swimming pools, according to the Danish Meteorological Institute.)

The manufacturing of PFAAs, the authors note, has “shifted from western countries to Asian countries” over the years, suggesting that the levels found in the Himalayan glaciers are particularly “enhanced.” This makes it all the more problematic when they melt.

And they are melting: This year, researchers reported in Science Advances that Himalayan glacier melt has doubled since the year 2000 because of the climate crisis.

“Due to climate warming, POPs [persistent organic pollutants] can be released into lakes and even accumulate in lake sediments,” the authors write. 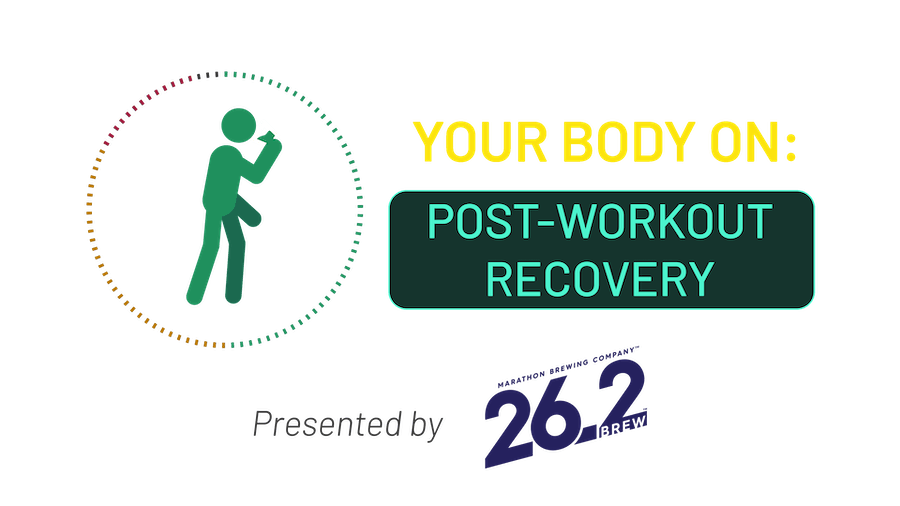 Your Body On Post-Workout Recovery

Host Jenna Willis breaks down what you need to do after a workout.
Watch More »

Already, the climate crisis has made drinkable water scarce for people living around the Himalayas because water sources have dried up and precipitation isn’t what it used to be. Glacier melt releasing pollutants into the available water isn’t making the situation any better.

“Mountain people are really getting hit hard,” David Molden, director general of the International Center for Integrated Mountain Development, told the New York Times. The group published a report in February showing that the climate crisis could melt most of the Himalayan glaciers by 2100.

“Given the continuity of glacial melt and high concentrations of water‐soluble emerging pollutants in glacier,” the authors write, “the melting process will increase the risks of emerging pollutants to freshwater sources and should be of great concern.”

The Tibetan Plateau (TP) has encountered rapid warming, with more than 50% of lakes expanding and 80% of glaciers retreating. Melting glaciers are known as a secondary source of pollutants, but the dynamics and release features of water‐soluble emerging chemicals have not been studied in the TP. Glacial ice and snow, meltwater runoff, rain, and lake water were collected in Nam Co basin, in the central TP. The total concentrations of perfluoroalkyl acids (PFAAs) were 1,413 pg/L for glacial ice, followed by 1,277 pg/L for meltwater runoff, 980 pg/L for lake water, and 616 pg/L for rain. Perfluorobutanoic acid is dominant in runoff and glacial ice, while lake water contained high proportions of perfluorobutane sulfonate and perfluorooctane sulfonate. During the melting season, meltwater runoff generally had greater PFAAs concentrations, and the PFAAs release fluxes were strongly related to the glacial melt intensity. Due to the direct input of PFAAs by melted glaciers, south shore of Lake Nam Co contained higher PFAAs concentrations. The estimated input fluxes of PFAAs to the lake by rain and glacial and nonglacial runoff were 1,425, 1,342, and 2,192 mg/day, respectively. Taken together, these evidences suggest that melting glaciers are sources of PFAAs, while the lake is the receptor. Given the continuity of glacial melt and high concentrations of water‐soluble emerging pollutants in glacier, the melting process will increase the risks of emerging pollutants to freshwater sources and should be of great concern.