If you include library ebooks as one of your methods of supplying your reading addiction, the latest action by publishers will infuriate you. If you lack the money to buy books and count on the library to make content available to you, the publishers say you don’t matter. Read this and weep.

Libraries are fighting to preserve your right to borrow e-books

Jessamyn West (@jessamyn) is a librarian who lives in central Vermont. She is on the board of the Vermont Humanities Council. The views expressed here are hers. Read more opinion on CNN. 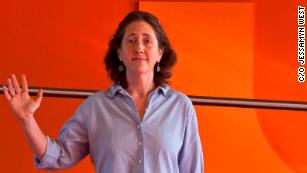