The two stories below point out that the changes in environment brought about by the climate crisis are changing the availability of food for animals and fish. And that will mean less available food sources for humanity. First, a story about a herd of reindeer that starved in what should have been its natural habitat. Then one about North Sea Cod levels that have dropped below sustainability.

If you need a nudge to adjust your diet to include more plants and fewer animals, here are two.

North Sea cod could soon be coming off the menu for environmentally conscious diners as a decision is expected by the end of this month on whether fish populations are too low to support sustainable fishing.

Cod from the North Sea is designated as sustainable by the Marine Stewardship Council (MSC), which examines fish stocks and certifies those that can support more fishing without significant harm. But that designation is now in serious doubt, as the world’s leading body on the health of fish stocks has warned that the North Sea populations of cod have fallen to critical levels.

Big retailers and many consumers rely on the MSC to certify that the fish they sell or eat is from sustainable stocks. Some campaigners said the sharp decline in the population of cod showed up “worrisome” issues with the MSC certification system.

Phil Taylor, head of policy at the charity Open Seas, told the Guardian: “The MSC needs to urgently review and reassess the certification to provide clarity to seafood consumers who are currently being kept in the dark. At the moment the whole system fails to provide consumer certainty.”

At present, stocks are certified based on last year’s catch, which was judged to be low enough not to harm the future of the species. However, a report by Ices – the International Council for Exploration of the Sea – has sounded a warning that cod numbers are so low that catches should be reduced by nearly two-thirds.

Taylor said: “Only recently has the North Sea stock partially recovered from historical overfishing. This was done by enforcing strict catch limits, limiting bycatch risks and starting to remove the impact of trawling from some key areas. In contrast, the Scottish west coast cod population has been collapsed for a decade. Seeking short-term profits, ministers have undone or are undoing many of the recovery measures. Last year quotas for cod in the North Sea were set 20% above the scientific advice.”

The MSC will respond to the Ices findings by the end of this month, and if concerns are raised by its independent scientists, a two-month, more detailed examination will be carried out, which could result in the certification being rescinded.

That would mean North Sea cod would no longer be available from the many retailers that abide by the MSC’s certification system to determine what fish they sell.

Ices has recommended a reduction of nearly two-thirds – 63% – in catches of North Sea cod. Its advice, based on extensive scientific research, has no legal force, however, and fishing vessels are free to carry on fishing up to their quota under EU rules. The EU has committed to ensuring all of its fisheries quotas are based on sustainable levels of fishing – the level at which fish populations are able to regenerate themselves – by next year, but conservation groups say this is not happening.

Erin Priddle, programme director for the UK and Ireland at the MSC, told the Guardian: “The MSC is committed to recognising and rewarding sustainable fisheries through our rigorous certification programme. The UK’s North Sea cod fishery was MSC-certified as sustainable in 2017. However, the latest scientific advice has recommended a 63% reduction, suggesting there is a risk to sustainability. Independent auditors may issue an expedited audit to examine new evidence and determine whether the fishery meets the certification requirements.”

She said the Ices advice was disappointing for the UK’s fishing industry, for which cod is a key species, but that it would be in their long-term interests to tailor their fishing to what could be sustained without harm to the fish populations. “Protecting North Sea cod for this and future generations must be a key priority for all involved.” 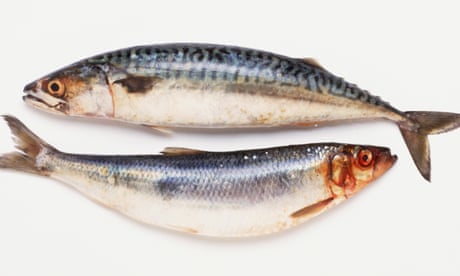 A spokesperson for the Department for Environment, Food and Rural Affairs said: “Leaving the EU and becoming an independent coastal state gives us the chance to manage our waters carefully and responsibly, more so than has been possible under current European rules. We remain committed to continuing to work under the principle of maximum sustainable yield and restoring stocks to healthy conditions as quickly as possible, so we can build an even more sustainable industry and protect our precious marine environment for future generations.”

One of the most contentious issues on North Sea cod, and other fish species in UK and EU waters, is the wasteful practice of discarding healthy fish at sea. There is now an effective ban on discards, called the landing obligation, which requires fishermen to land all the fish they catch.

In the Brexit referendum campaign, discarding was held up as an example of poor EU fisheries management. However, according to two House of Lords reports and NGO research, the landing obligation is being largely ignored by UK fishermen.

If fishermen were adhering to it, they would expect more young fish, for instance, to be landed than are being declared. Fishermen prefer not to land these smaller fish as they are of lower value.

Barrie Deas, chief executive of the National Federation of Fishermen’s Organisations, told the Guardian the ban was causing problems because of “choke” species in mixed fisheries.

These are species for which fishermen hold little or no quota but which are commonly caught alongside the fish they are after. Once their quota of “choke” species are met, fishermen have to stop fishing, even though they might be seeking other species for which they still have quota left.

“We will have to reduce fishing pressure on cod,” said Deas. “This is difficult, because it is a mixed fishery and cod is caught when targeting other species. With the landing obligation in force, cod could cause a choke next year which could potentially tie up fleets early in the year. Discussions are ongoing on how to give cod sufficient protection whilst ensuring the other demersal [sea-floor] fisheries can continue.”

After Brexit, the UK would still have to negotiate with EU member states and Norway over cod stocks. “But the UK would be an independent voice in annual fisheries negotiations,” he said. In the longer term, work is being done to develop ways of ensuring the highest sustainable yields, which would address issues such as discards and choke species.

Researchers recently found more than 200 dead reindeer on the island of Svalbard in Norway; the animals starved to death due to climate change, which is disrupting their access to the plants that they typically eat.

Every year, ecologists with the Norwegian Polar Institute (NPI) survey reindeer populations in Svalbard, an archipelago of glaciers and frozen tundra that lies between Norway and the North Pole.

The findings from the scientists’ 10-week investigation were grim: Reindeer population numbers were down, and the individual animals were much thinner than they should have been. And hundreds of reindeer carcasses showed signs of starvation, Norway’s national news outlet, NRK, reported on July 27. [6 Surprising Facts About Reindeer]