California represents about one-sixth of the domestic powered vehicle market and has historically used that heft to insist on higher anti-pollution standards than required by federal standards. The current administration is attempting to relax the Obama standards to a level totally incompatible with California’s demands. Solution: the car makers are negotiating individually for standards acceptable to California. Turns out they’re more relaxed than Obama’s level but far tighter than the Trump standards allowing our air quality to diminish. Interesting times.

I have covered the auto industry since 1988 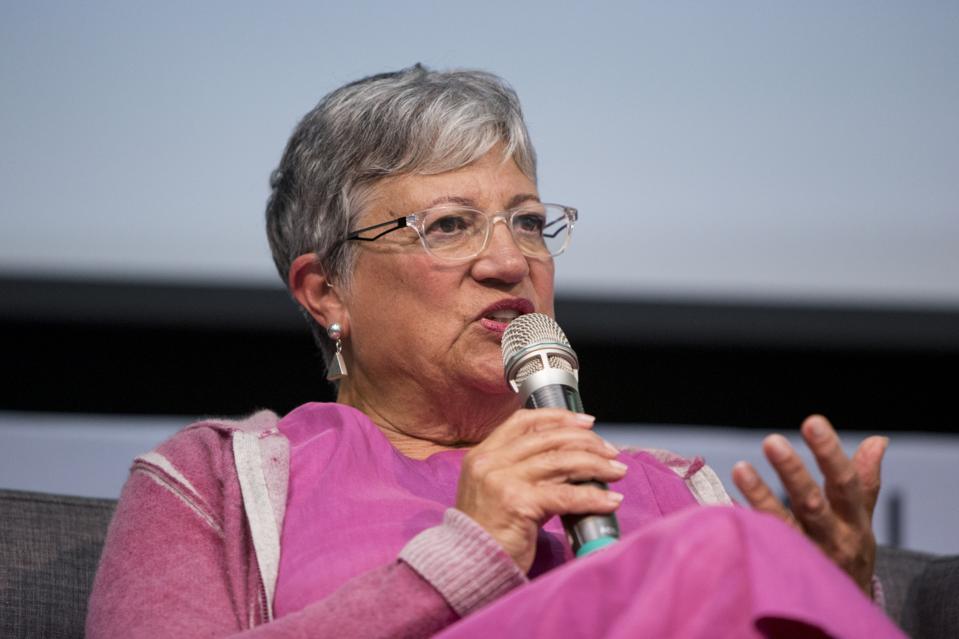 Mary Nichols, chairman of the California Air Resources Board (CARB), speaks during the CARB 50th Anniversary Technology Symposium and Showcase in Riverside, California, U.S., on Thursday, May 17, 2018. The symposium highlights CARB’s history of clean air leadership that has driven innovative solutions and made monumental improvements to Southern California’s air quality. Photographer: Dania Maxwell/Bloomberg

Four automakers that together represent about a third of the U.S. market have agreed to California’s fuel economy and emission standards, committing to produce more efficient and cleaner vehicles over the next seven years than the Trump administration would require.

The move by Ford, Honda, Volkswagen and BMW of North America defies the Trump administration’s attempt to freeze and rollback Obama-era standards that it claims would make many vehicles too expensive.

“What we have here is a statement of principles intended to reach out to the federal government to move them off the track that they seem to be on and onto a more constructive track,” said Mary Nichols, chair of the California Air Resource Board. She said the four companies approached her agency in June to discuss a potential compromise.

Last August, the Trump administration announced its intention to strip California of its legal right to impose its own emission standards or mandate that automakers sell more electric vehicles.

Under Trump, the U.S. Environmental Protection Agency and the National Highway Traffic Safety Administration want to freeze fuel economy standards at the current 37 mile-per-gallon fleet average target for 2020 through 2026.

The Obama administration in 2012 set a fleet average goal of 51 miles-per-gallon by 2026 although that number could be adjusted based on the mix of vehicles an automaker sold.

Under the agreement with California, Ford, Honda, Volkswagen and BMW pledge to improve their fleet averages by 3.7% each year, or slightly less than the standards set under the Obama administration.

“These terms will provide our companies much-needed regulatory certainty by allowing us to meet both federal and state requirements with a single national fleet, avoiding a patchwork of regulations while continuing to ensure meaningful greenhouse gas emission reductions,” the four companies said in a joint statement.

The agreement could put pressure on other automakers because 13 states and the District of Columbia have said they will follow California’s lead. Some of those states, like California, have opposed the Trump Administration’s proposed rollback.

It’s unclear whether the agreement will lead to a compromise between California and federal regulators.

In a statement, NHTSA said said it would move forward with its plan to ease fuel economy standards, adding that “every manufacturer is responsible for planning, designing and building as they find appropriate for their consumers, compliant with safety and other regulations.”

The auto industry began lobbying Trump immediately after his nomination to relax the Obama-era standards on the grounds that consumer preferences were shifting away from smaller to larger, heavier and less fuel-efficient pickup trucks and sport-utility vehicles.

More recently, however, they have urged federal regulators to compromise with California and the other 13 states, because the disagreement could effective result in two separate markets. In other words, manufacturers would have to calibrate their production and sales according to a state’s given environmental rules. That adds costs and could hurt profitability.

In June, 17 automakers signed a letter to the Trump administration and California Governor Gavin Newsom, stating that its plans to weak pollution and fuel-efficiency standards would hurt their bottom lines and make their businesses less stable.

“We encourage both the federal government and California to resume discussions and to remain open to regulatory adjustments that provide flexibility needed to meet future environmental goals and respond to consumer needs,” the letter said.

The transportation industry is the largest source of greenhouse gas emissions in the U.S.

While the Trump administration refuses to recognize climate change as a national security or environmental threat, the type of vehicles automakers introduce will have a major impact on how fast carbon emissions grow in the next decade and beyond.

Despite tepid consumer acceptance, the industry is moving aggressively to develop more electric vehicles, because that is the powertrain of choice for the self-driving fleets that are expected to be deployed in coming years, especially in large cities.

Citing the Energy & Environmental Impact Center at New York University, the Washington Post said the Trump administration’s proposed freeze of mileage standards would result in between 16 million and 37 million more metric tons of greenhouse gas emissions between 2020 and 2026. That would be comparable to adding between 3.4 million and 7.8 million cars on the road.