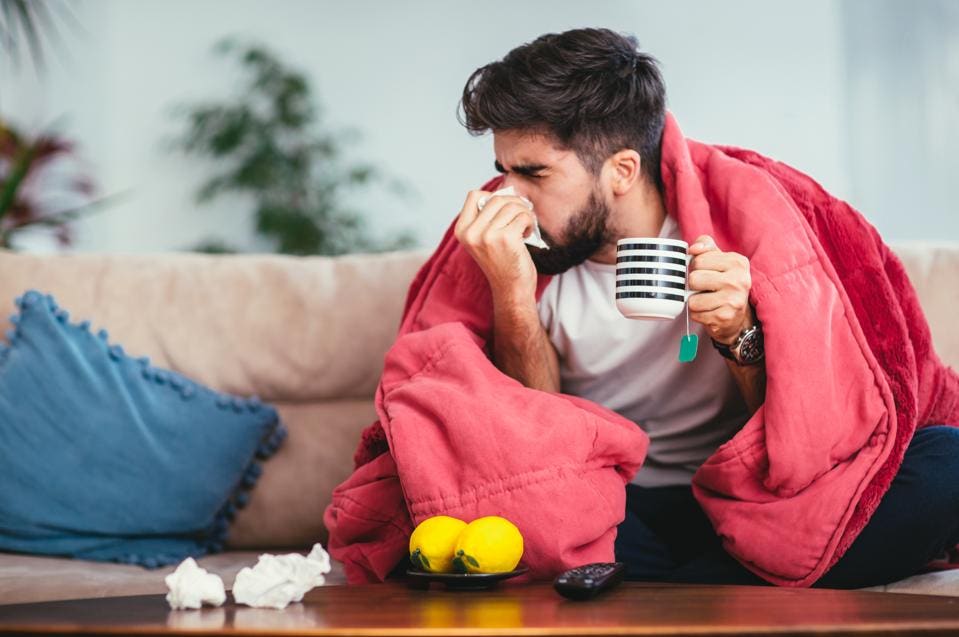 A strain of the common cold virus has been used to treat people with bladder cancer in the U.K., with impressive early results. Photo credit: Getty royalty-free

A strain of the common cold virus has been used to treat patients with a type of bladder cancer, completely removing any trace of disease in one patient.

The trial, published today in Clinical Cancer Research and led by researchers at the University of Surrey, U.K., involved fifteen patients who were treated with a virus called CVA21, a naturally occurring virus which causes the common cold, with some impressive results.

The type of cancer in the study; non-muscle invasive bladder cancer, affects about 40,000 Americans per year according to the American Cancer Society. Existing treatments are highly invasive, come with significant side effects and patients often relapse.

“Non-muscle invasive bladder cancer is a highly prevalent illness that requires an intrusive and often lengthy treatment plan. Current treatment is ineffective and toxic in a proportion of patients and there is an urgent need for new therapies,” said Hardev Pandha, lead investigator of the study and Professor of Medical Oncology at the University of Surrey.

The patients in the study received CVA21, a strain of coxsackievirus directly into their bladders via catheter one week before surgery. When the researchers examined tissue samples post-surgery, they found that the virus only infected cancerous cells, leaving healthy tissues alone. Not only that, urine samples from the patients indicated that the virus continued to replicate and attack more cancerous cells. In one patient, they found no trace of the cancer at all during the surgery, just one week after the patient received the therapy.

“Coxsackievirus could help revolutionize treatment for this type of cancer. Reduction of tumor burden and increased cancer cell death was observed in all patients and removed all trace of the disease in one patient following just one week of treatment, showing its potential effectiveness.” said Pandha.

Bladder tumors are typically shielded from the immune system, meaning that it cannot intervene and attack the cancer, commonly referred to in medicine as (immune) “cold” tumors. The researchers suspect that CVA21 treatment causes inflammation within the tumor cells, leading to an influx of immune cells which are piqued to kill the cancer cells, making the tumors “hot”.

Turning “cold” tumors “hot” is a key goal for a variety of immunotherapy treatments with viruses, CAR T-cells or immune checkpoint inhibitors such as those which block PD-1 or CTLA-4. Researchers are learning that tumors which are “cold” are unlikely to respond, and how to flick that switch and make tumors susceptible to immunotherapy is a very hot area of research. Viruses continue to be trialed in several different types of cancer, with particularly stunning results in metastatic melanoma from the first ever FDA-approved viral therapy for cancer called TVEC.

A particularly promising aspect of the trial was that none of the patients experienced any severe toxicity from the viral treatment. Long-term follow up of patients treated with the virus is definitely needed as well as validation in a larger trial. If the researchers follow the current trend of seeking to further enhance the immune response after treatment with virus, they may look to combine the treatment with an immune checkpoint inhibitor such as an anti-PD-1 drug.

“Traditionally viruses have been associated with illness however in the right situation they can improve our overall health and well being by destroying cancerous cells,” said Dr Nicola Annels, Research Fellow at the University of Surrey and first author of the study. “Oncolytic viruses such as the coxsackievirus could transform the way we treat cancer and could signal a move away from more established treatments such as chemotherapy,” she added.

I am a postdoctoral research scientist focusing on childhood cancers and new, targeted cancer therapies. As a survivor of childhood leukemia myself, I am a determined advocate for research into better, less-toxic cancer treatments and how to reduce the long-term side effects of current drugs. I am an award-winning science communicator and have written for The Times, The Guardian and various cancer-focused outlets. I am also a 2017 TED Fellow, having done my TED talk this year on cancer survivorship and I regularly do public talks on topics ranging from ‘Why haven’t we cured cancer yet?’ to ‘Cannabis and cancer; hype or hope?’. I am passionate about using social media to communicate science and frequently share pictures and stories from my own laboratory work in real-time on my Twitter account @vickyyyf, alongside commentary about important research breakthroughs. You can find out more about me and how to get in contact via my website drvickyforster.com. All of my articles reflect my personal views and not those of my employer.