Every time I think I have at least an idea of the range of bad consequences of climate change, I learn about a new one. I’d read about visits to a few beaches resulting in cases of flesh-eating viruses. Turns out that’s only the tip of the iceberg. This makes it sound like wading into the ocean may subject you to an increasingly wider range of unknown risks. Oh joy. 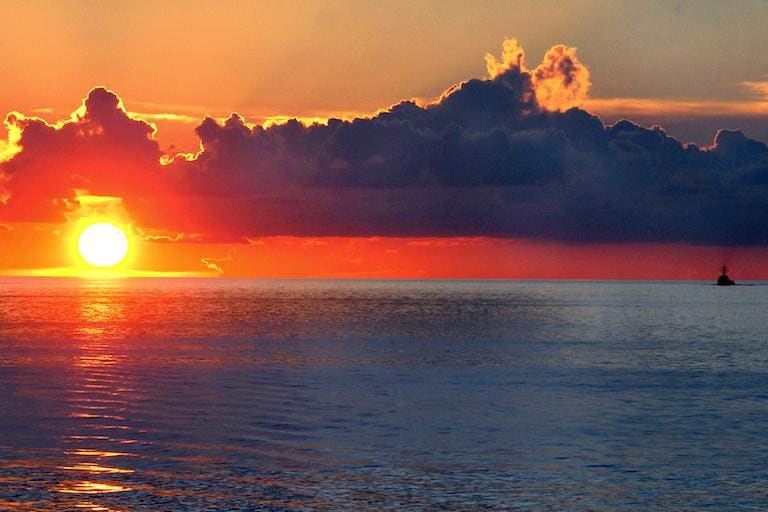 Five unexpected cases of Vibrio in the Delaware Bay provide more evidence suggesting that, with warming waters, Vibrio infections will become more frequent and be found in a wider range of places. The authors of this new report  in the Annals of Internal Medicine believe that warming water due to climate change has caused the spate of recent cases in the Delaware Bay, where it was previously a rarity.

Vibrio are like the canary in the coal mine, serving as a sign of warming, saltier waters, according to Jason R. Westrich of the Lipp Lab in environmental biology at the University of Georgia.

V. parahaemolyticus causes thousands of food-related infections each year, primarily from eating raw or undercooked seafood. There is currently an outbreak in New Zealand from mussels, with 26 people reportedly ill. Earlier this year, there was a five-state outbreak in the US traced to raw oysters harvested from Estero El Cardon in Baja California Sur, Mexico. Fortunately, most people recover.

Vibrio vulnificus is the scary one of the group in the US, the one that causes flesh eating infections. I’ve seen them—they are not pretty. People often develop shock and may lose limbs or kidneys, resulting in needing dialysis. Up to half of those infected die.

People with hepatitis C and cirrhosis are especially at risk and are are 80 times more likely to develop this infection and 200 times more likely to die from it. Although illness usually follows eating raw oysters, 3.5% of the U. S. population report having done so during the past week prior to illness. Other risk factors for more serious illness are alcoholism or cancer, diabetes, problems with immunity, or low concentrations of stomach acid from illness or a class of medicines called proton pump inhibitors (PPIs) (e.g., Nexium, Prilosec, Prevacid, or Protonix.)

Rates of infection over time for Vibrio, Salmonella, Campylobacter, Listeria, and STEC 0157

The three main species cause different kinds of disease. Each year, 100 people die from Vibrio in the US, and an estimated 80,000 become ill. This is likely a grave underestimate because, like Lyme, we are not accurately measuring the disease. Note that to diagnose Vibrio, which is done from stool or blood samples, the doctor has to think of the disease, which is unlikely to happen, and then has to order special culture media, without which the lab will miss the diagnosis.

So unless someone is ill with a bloodstream infection or has the characteristic rash of bloody, fluid-filled blisters, the diagnosis will likely be overlooked. This is especially likely to happen where doctors are outside the endemic range and aren’t attuned to seeing the disease.

It’s not just the Delaware Bay seeing the change. Larry McKinney, PhD, of the Harte Research institute, warns that Gulf Coast waters are already at 85 degrees, two months earlier than expected. This is leading him to worry that it will be a bad season for Vibrio infections in the Gulf, as well.

Vibrio likes warm salty water, enabling scientists to predict where they will likely find the organism. This is part of how closures of shellfish beds are planned. Sometimes, there are surprises, as when V. parahaemolyticus  outbreak was found 1000 km further north than expected, in Alaska, because of unusually warm waters in Prince William Sound. Similar expansion to the Baltic Sea and Scandinavia is worrisome, with the most recent outbreak being from swimming in the Oslo (Norway) fjord in 2018.

Because of these changes in distribution, Vibrio has become known as the poster child for global warming.

One of the most intriguing aspects of climate change and Vibrio for me is that of Saharan dust.

Erin Lipp’s Lab studies the intersection of water quality, climate, and bacteria. One of the lab’s interests is how iron and nutrients from the Saharan dust fuel the growth of Vibrio.

Saharan dust also spurs the growth of algal blooms (red tide), which has toxins that can cause respiratory distress, and eye and skin irritation. Toxins from red tide have also killed a lot of aquatic life, birds, and marine animals. I heard about and saw this on a marine wildlife tour I took last winter.

The Saharan dust storms rarely travel far north, Westrich added, and are unlikely to have caused the Delaware Vibrio cases.

How can you prevent dying from Vibrio? 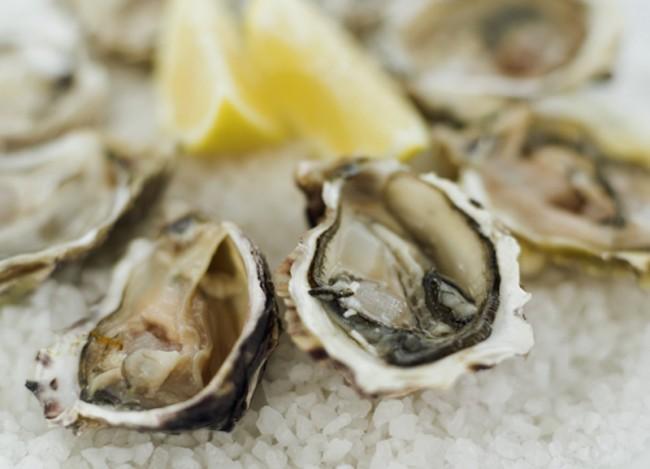 Why do raw oysters entice people?

Don’t eat raw or undercooked shellfish. While the people most at risk have underlying liver disease or are immunocompromised, some people who become deathly ill are perfectly healthy, like my colleague I described previously.

There are a couple of oddball exposures to Vibrio. One of the Delaware cases worked in a seafood restaurant, but had no exposure to shellfish or the Bay. Perhaps he had a small cut that was unrecognized? There was another weird case of Vibrio from a man cutting himself while cleaning fish bought at a supermarket’s live fish tank.

Don’t go into the ocean or freshwater with open wounds. Clean any cuts you might get that are exposed to “fresh” or seawater carefully and monitor for any early signs of infection. It’s critically important you tell your physician about the exposure, as the diagnostic cultures and antibiotics are different.

Keep this poster child of climate change in mind. If the water is unusually warm be prepared for Vibrio.

I am an Infectious Disease specialist, experienced in conducting clinical research and the author of Conducting Clinical Research, the essential guide to the topic. My n…