Processed foods didn’t gain their popularity from tasting better. They provided more time (and sometimes lower costs) in the newly standard two-income household. Cooking from scratch doesn’t always, but generally does, take more time than opening a box, a jar, or the freezer. So how do we move to healthier food?

OPINION: Why Ditching Processed Foods Won’t Be Easy — The Barriers To Cooking From Scratch 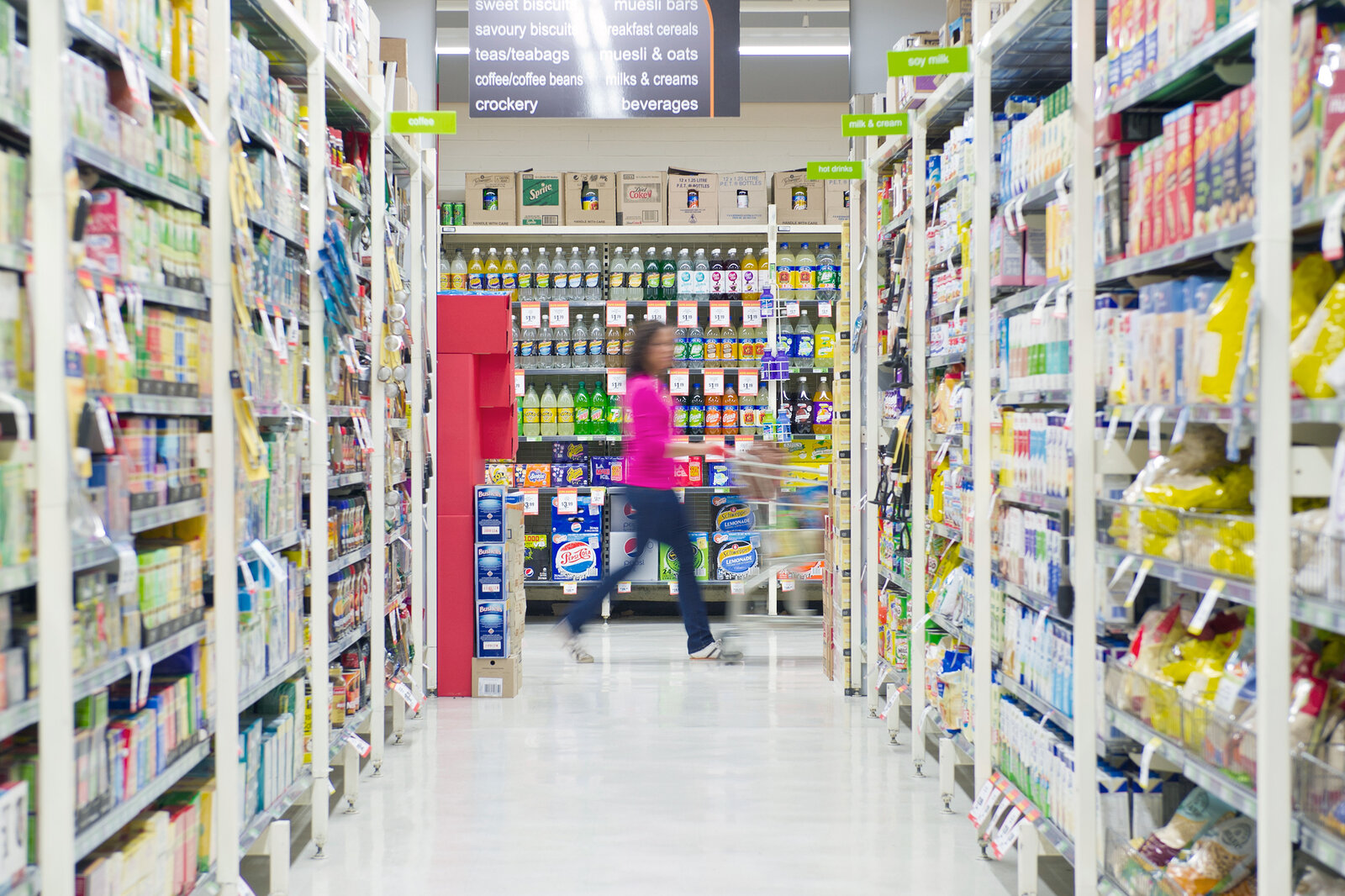 New research confirms what we’ve been hearing for years: Cooking from scratch and eating “real food” is healthier than consuming the highly processed foods that make up the majority of calories in the American diet. The problem is that knowing this doesn’t make it any more doable for the average family.

This opinion piece is written by sociologists Sarah Bowen of North Carolina State University, Sinikka Elliott of the University of British Columbia and Joslyn Brenton of Ithaca College. They are the co-authors of Pressure Cooker: Why Home Cooking Won’t Solve Our Problems and What We Can Do About It.

“Eat food. Not too much. Mostly plants,” Michael Pollan, one of America’s most influential food writers, famously advised more than a decade ago. This pithy advice is perhaps the clearest distillation of a food philosophy that is so intuitive that it has become ubiquitous. To fix the problems in the food system, we need to consume whole, fresh foods grown on a farm rather than the engineered pseudofoods that populate the interior aisles of supermarkets.

A recent study now offers hard scientific evidence in support of Pollan’s message. Researchers at the National Institutes of Health conducted a randomized, controlled trial, the first to directly assess the effects of processed food on people’s health as compared with whole foods. Participants were randomly assigned a diet for a two-week period. One group was given a diet composed of ultra-processed food, while the other group ate unprocessed or minimally processed food. When the two-week period ended, the groups switched to the opposite diet. When people were on the ultra-processed diet, they ate an average of 508 calories more per day and gained an average of 2 pounds over the two-week period, providing evidence that there may be something about processed food that drives people to overeat and gain weight.

The study confirms what we’ve been hearing for years: Cooking from scratch and eating “real food” is better and healthier. The problem is that knowing this doesn’t make it any more doable for the average family. 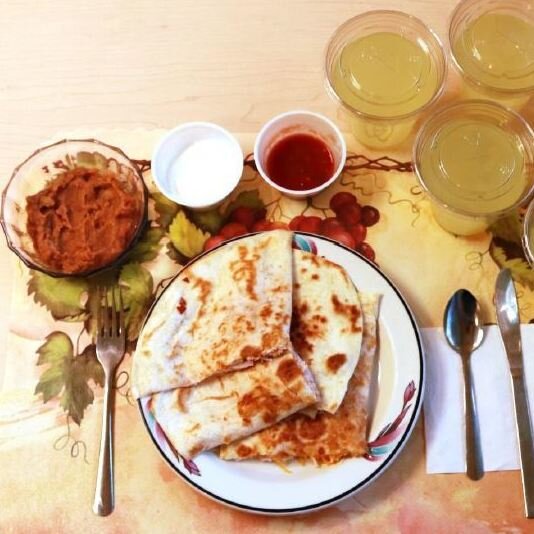 Families in the United States spend quite a bit of time cooking, with many cooking almost every day. The most recent surveys suggest that Americans are actually cooking slightly more than they were a decade ago. But a large proportion of our diets — almost 60% of total calories — comes from ultra-processed foods. People living in poor households consume more processed foods than wealthier people, but the amount of processed foods that Americans eat is increasing overall.

Between 2012 and 2017, we conducted interviews and ethnographic observations with more than 150 mothers and grandmothers of young children from all walks of life. All were working hard to feed their families, often under very difficult circumstances. Their stories are a stark illustration of where Pollan’s advice, seemingly simple, falls short. While many people frame food decisions as a relatively simple matter of personal choice, our new book, Pressure Cooker,shows what it really takes to put a home-cooked meal on the table.

First, it takes money. Healthier diets — diets rich in fresh produce and lean proteins — generally cost more. The researchers who conducted the processed-food study recognize this: They note that the unprocessed diet they fed participants cost 40% more than the ultra-processed diet. And lots of American families don’t have more money to spend on food. Many of the families in our study were experiencing food insecurity, meaning that they lacked food to feed everyone in their household. Across the United States, one out of every eight people does not have enough food to eat, and many more do not have enough money to regularly afford healthy foods.

Lots of families in our study cooked almost every night, in part because it was the cheapest option. But when their cupboards ran bare, they ate ramen and hot dogs, not a pan of roast chicken and vegetables, as food gurus recommend. Mothers said that if they had more money, they’d buy fresh fruit for their kids, but this was just an occasional splurge, not an everyday reality. Even the more financially stable middle-class mothers in our study talked about making trade-offs between the foods they wanted to buy for their families and the foods they felt they could afford.

Cooking from scratch takes time. The photos of the unprocessed meals in the study represent hours of labor: the labor of shopping (often at multiple stores), researching recipes, chopping vegetables and prepping ingredients, and, of course, cooking. Researchers find that it takes extra time to cook the way that food reformers advise. Not surprisingly, it is usually women who take on this additional labor. And although women today spend less time in the kitchen than women did in the 1960s, they actually have less leisure time, as expectations around work and parenting have ramped up.

As real wages have stagnated, households often depend on every adult family member working, sometimes in multiple jobs, to make ends meet. And nonstandard employment arrangements, with unpredictable scheduling, are increasingly common, especially for low-wage workers. It’s hard to plan meals when you don’t even know who will be home for dinner. The middle-class families in our study had more resources and more options but felt completely overwhelmed by hectic schedules and competing demands that left little time to cook.

Finally, cooking from scratch requires resources that food experts take for granted. At a minimum, it requires a working stove and enough money to pay the electric bill to run the stove. One family in our book experienced homelessness during the time we spent with the family. Patricia Washington, her daughter and her two grandchildren moved into a hotel room after being evicted when they couldn’t keep up with both the rent and the heating bill. Dinners consisted of frozen pizzas or TV dinners heated in the microwave. Although most of the families in our study had a relatively stable place to live, many lacked basic kitchen tools like sharp knives or cutting boards, which made chopping vegetables both tedious and dangerous. Like Washington, some didn’t have a kitchen table or enough chairs for everyone in the family.

The idea that we have a responsibility to prepare wholesome, nourishing meals is appealing, and now there is more evidence to support that. For some food gurus, the decision to simmer homemade spaghetti and meatballs on the stove rather than heat up a can of ravioli in the microwave is evidence of a person’s moral fortitude.

But inequality is baked into our food system. If good health depends on eating real food, it’s time to make sure all families get the support they need to eat well. This means making healthy food more affordable, but it also means addressing the other challenges families face: for example, by guaranteeing workers a living wage and fair working conditions and by investing in families through universal free school lunch and subsidized child care, so that parents don’t feel like they’re doing it all on their own.