Good news about an endangered species is hard to find. Enjoy! 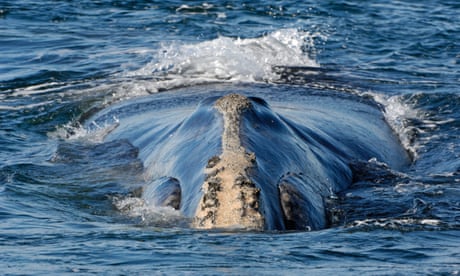 No North Atlantic right whales killed in Canadian waters in 2018

The North Atlantic right whale is one of the rarest species of whale on the planet, numbering only about 411.

But the Center for Coastal Studies (CCS) in Provincetown, Massachusetts, said on Friday its aerial survey team had spotted two mother and calf pairs in Cape Cod Bay a day earlier. That brings the number seen in New England waters alone this year to three.

That is big news because the whale’s population has been falling, and no calves were seen at all last year. In all, seven right whale calves have been seen in 2019.

The whales give birth off Georgia and Florida in the winter and travel to feeding grounds off New England in the early spring, including the Gulf of Maine, a body of water that touches Massachusetts, New Hampshire, Maine and Canada.

Cape Cod Bay is part of the Gulf of Maine and is a critically important feeding ground. The animals often feed close to shore, providing watchers on land “unbeatable views of one of the rarest of marine mammals”, CCS said in a statement.

It’s illegal to get within 1,500ft of the animals without a federal research permit, so boaters are discouraged from attempting to get close to the whales.

The whales are threatened by commercial fishing lines, in which they can become dangerously entangled.

Announcing the new calf sightings, CCS said one mother had not been seen since late April 2018, when “researchers were unaware that she was pregnant”.

“Unfortunately,” it added, “at some point between then and summer 2018 she encountered gear and was seen with new entanglement wounds on her peduncle and back.”

The peduncle is the point where the tail joins the whale’s body.