13 New Romantic Comedies To Read If You Love Jane Austen 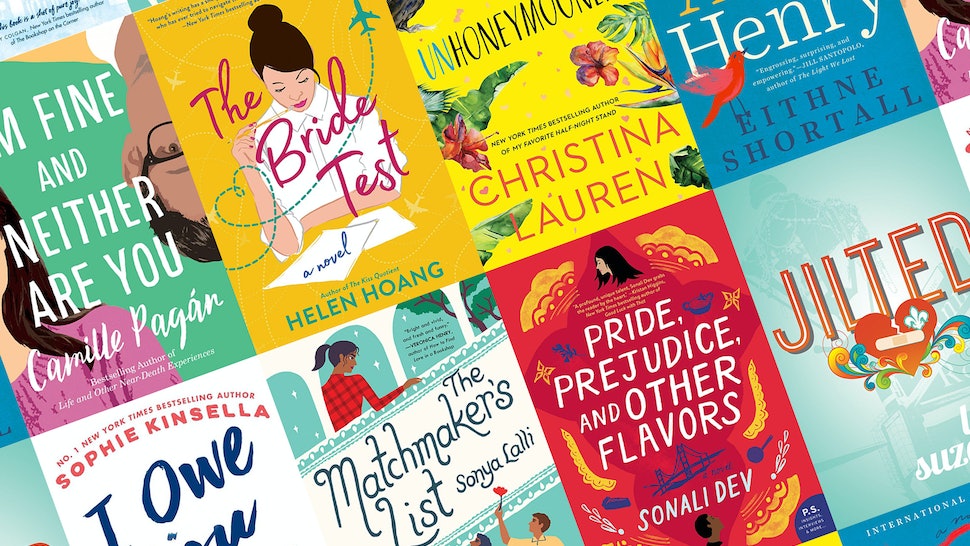 I’ve got 13 new romantic comedies you should read if you love Jane Austen, and they’ll keep you riding the high you got from To All the Boys I’ve Loved Before and Crazy Rich Asians all year long.

The hype around Jane Austen’s novels usually all boils down to the fact that she writes cozy marriage plots in which all the good girls — read: girls who don’t tear down the other women in their lives — get good husbands. If you don’t really think that “comedy” and “Austen” go hand-in-hand, you should really revisit Pride and Prejudice, Emma, Persuasion and the rest, because those novels are chock-full of tongue-in-cheek humor and hilarious interludes. Jane Austen was really, really funny, and it’s time she gets credit for it.

Once you consider the boatload of Pride and Prejudice retellings that have sprouted up in recent years, and the fact that even books that aren’t Austen-adjacent are still Austen-inspired, you’ll see that Jane Austen continues to influence our tastes and creative works today. I’ve picked out 13 fantastic, new rom-com novels for you to check out, but trust me — there are plenty of other books out there that Janeites, in particular, will love.

‘The Bride Test’ by Helen Hoang

Out on May 7, this follow-up to The Kiss Quotient centers on Khai Deep, an autistic man whose mother is determined to find him a wife. She flies to Ho Chi Minh City, where she meets Esme Tran, a mixed-race single mom, and offers to fly her to America to meet Khai. He isn’t interested in romance, but Esme finds herself falling for him anyway.

Even though she’s always supported her granddaughter’s independence, Raina’s beloved, but meddling grandmother really wants to see her married off to a good Indian boy. Raina agrees to see some of the men, but a series of dating disasters soon has her searching desperately for the exit. With her relationship with her grandmother on the line, she’ll have to play it cool if she wants things to turn out for the best.

‘Grace After Henry’ by Eithne Shortall

Grace doesn’t know what to do after the death of her beloved Henry leaves her to move into their brand-new house, alone. But when a man who bears an eerie resemblance to Henry shows up on her doorstep, Grace finds herself confronted with Andy: the identical twin from whom Henry was separated at birth. Is this new love she feels blooming, or just her longing for a man who no longer exists in this world?

‘Pride, Prejudice and Other Flavors’ by Sonali Dev

This Pride and Prejudice retelling centers on Dr. Trisha Raje, a standout neurosurgeon, whose stellar career doesn’t impress her traditional, Indian-American family. The Rajes’ chef, DJ, doesn’t want to deal with Trisha’s arrogance, but she’s the only hope his sister has to live. The first book in a new series from A Bollywood Affair author Sonali Dev, Pride, Prejudice, and Other Flavors hits stores on May 7.

After their separate relationships crumble, the left-at-the-altar Link wakes up in the honeymoon suite next to recently heartbroken Carter. Neither of them has any desire to go home and face the truth of their new, single existences, so the two men fake a relationship and reap all the benefits of Link’s honeymoon getaway together. But when Carter starts to fall for his travel partner, things could get messy.

‘The Wedding Date’ by Jasmine Guillory

Another book centered around a fake romance, Jasmine Guillory’s The Wedding Datefollows Alexa and Drew, who meet in an elevator and attend the wedding of Drew’s ex as a “couple.” They’re both equally successful in their careers as a local government worker and a pediatric surgeon, but when Alexa and Drew return to their respective, hours-apart homes, they can’t stop thinking about each other.

‘The Unhoneymooners’ by Christina Lauren

Out on May 14, The Unhoneymooners follows Olive, an unlucky-in-life twin whose excitement over her sister Ami’s wedding sours when she learns that the Best Man is none other than her arch-nemesis, Ethan. But when everyone else contracts food poisoning at the reception, there’s a honeymoon getaway the sick couple can’t take, and that leaves Olive and Ethan to make sure it won’t go to waste.

From American Street author Ibi Zoboi comes this Pride and Prejudice retelling, set in contemporary Brooklyn. Zuri’s neighborhood is losing out to rent-hikes and mainstream trends, and the Darcy family, who just moved in across the street, are part of the problem. Her sister Janae starts to fall for Ainsley Darcy, leaving Zuri in close proximity to the loathesome Darius — a boy she just can’t stand. But with college fast approaching, and four sisters to watch out for, Zuri has bigger problems than Darius looming on the horizon.

‘I Owe You One’ by Sophie Kinsella

Doing a good deed for a wealthy stranger leaves Fixie with an I.O.U. in-hand. She doesn’t expect to cash it in, but when her unemployed crush re-enters the picture, she calls up Seb to ask if he can give Ryan a job. One I.O.U. quickly leads to another, and another, and another, and Fixie begins to feel something for Seb. She’s spent her whole life making other people happy — can she learn to go out on a limb for herself?

‘I’m Fine and Neither Are You’ by Camille Pagán

Landing in stores on April 1, Camille Pagán’s I’m Fine and Neither Are You centers on Penelope and Sanjay, a barely-holding-it-together couple living on a single income with their rowdy kids. In an effort to improve their lives, the two agree to total honesty and commit to change whatever their partner finds fault with, but they soon find that some things are better left unsaid.

Not a novel, but a romantic comedy nonetheless, Megan Mullally and Nick Offerman’s The Greatest Love Story Ever Told recounts their relationship and marriage, which has been going strong since the early 2000s.

‘When You Read This’ by Mary Adkins

After Iris passes away from cancer, her longtime coworker, Smith, is tasked with landing her blog a posthumous book deal. First, he’ll need permission from Iris’ sister Jade, who is still reeling from Iris’ death. Smith and Jade are fated to meet in this modern-day epistolary debut.

A Pride and Prejudice retelling set in Pakistan, Soniah Kamal’s Unmarriageablecenters on Alys Binat, a schoolteacher who hopes that teaching Jane Austen to her students will encourage them to delay marriage and pursue their educations. When a lavish wedding captures her town’s attention, however, Alys finds herself swept up in the festivities as her mother attempts to make matches for all of her daughters among the guests.