You can’t throw a stone in the historical romance category without hitting a regency romance novel. There are, at a conservative estimate, approximately 85 million regency books at any given period. More come out practically every day; it’s by far the most popular historical sub-genre. Officially it occupies only the narrow slot between 1811 and 1820, when King George IV was Prince Regent. Enterprising authors have, however, managed to make it stretch from roughly 1800 to the 1830s (until Victoria comes along in 1837).

Below is a selection of 15 of the best regency romance novels, which range in content from squeaky-clean to filthily explicit. I’ve also tried to highlight some lesser-known (yet still excellent) books in this category.

THE OG OF REGENCY ROMANCE 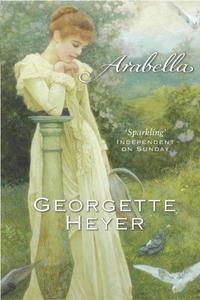 Georgette Heyer is basically the founder of this entire breed of novel. Writing the early-to-mid 20th centuries, her books are always hilariously witty, adorably romantic, and painstakingly researched. Her eye for detail is absolutely superb. You’d honestly never know she hadn’t actually lived during the period herself! Okay, now that I’ve finished fangirling about her, here’s why you should read this book in particular.

Arabella is a young woman coming to visit London in search of a suitor. Along the way, her carriage breaks down at the house of Robert Beaumaris, one of the richest and most well-connected men in the country. Naturally, he assumes she’s there to trap him into marriage. But she overhears him and haughtily declares that she’s the possessor of an absolute fortune! The only catch? She basically hasn’t got two pennies to rub together. Thus ensues a highly entertaining society novel with a deeply satisfying romance. PLEASE DO YOURSELF A FAVOUR AND READ THIS BOOK. 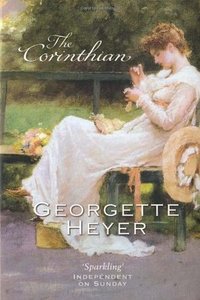 THE CORINTHIAN BY GEORGETTE HEYER

A book I can reread over and over and over again. Pen flees the house of her horrible aunt and cousin, who are trying to get their hands on her fortune. (It’s a real fortune this time). Along the way she meets Sir Richard Wyndham, a dandy and metrosexual who willingly joins her in her adventures.

This is even funnier than Arabella. The ending is almost painfully abrupt – Heyer was known for her abrupt endings – but the entire novel is perfection. 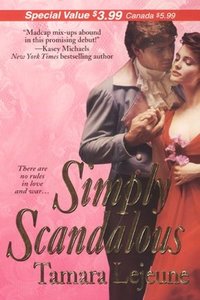 I’ve spent YEARS trying to find an author like Heyer. Lejeune is the one who comes closest. Her novels are just as clean, just as funny, and very nearly as witty.

THE QUEENS OF REGENCY ROMANCE 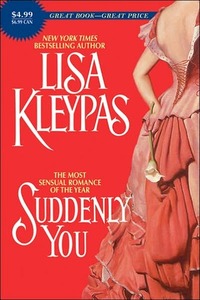 SUDDENLY YOU BY LISA KLEYPAS

This is one of Kleypas’s lesser-known titles, but it’s absolutely worth it.

Amanda, still a spinster at age 30, throws caution to the wind and decides to embark upon an affair with Jack Devlin. He’s handsome, courteous, absolutely wicked…and also her publisher. Should she really have mixed business with pleasure? (Spoiler alert: the answer is yes, because Jack is delicious). 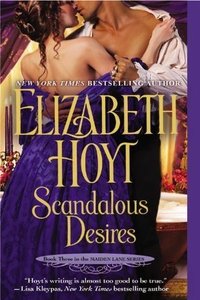 Hoyt writes a lot of beautiful, deeply emotional historical romances, but the tender relationship between the characters in this one is definitely her best.

Widow Silence Hollingbrook might not have a husband, but she does have a child. No, it’s not her child – Mary Darling belongs to Mickey O’Connor, a charming, dangerous river pirate. The antagonism Silence feels towards him – born out of an incident that happened between them a year ago – slowly turns into love under Mickey’s tender attention. But the life of a river pirate isn’t known for being a long one, and he has many enemies. 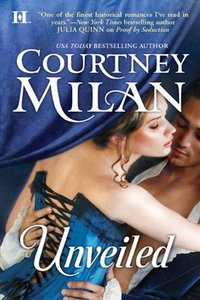 The dyslexic hero is this one is AMAZING and the prose is gorgeous.

Lady Margaret Dalrymple is the only daughter of the ailing Duke of Parford. Under her father’s orders, she disguises herself as a servant to spy on the heir – a man named Ash Turner.  Ash has a score to settle with the duke, but he keeps getting distracted by the lovely servant girl he sees around the house… 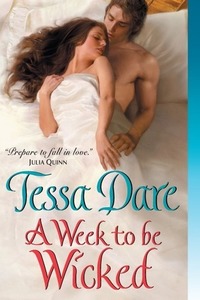 A WEEK TO BE WICKED (SPINDLE COVE #2) BY TESSA DARE

Dare has long been a household name when it comes to the regency romance, but this one is by far her best. The banter between the protagonists is second to none, and their romance is sweet as sugar.

Bookish, science-obsessed spinster Minerva Highwood needs to be in Edinburgh for a geology symposium. (They don’t exactly know she’s a woman…but she’ll deal with that when she gets there). Meanwhile, the rakish Colin, Lord Payne has decided to accompany her out of purely altruistic motives. (And also a very small desire to see her naked). The two of them proceed to engage in the regency version of a road trip all across the country – yet it’s incredible how many scrapes two innocent people on an innocent fake elopement can get into. 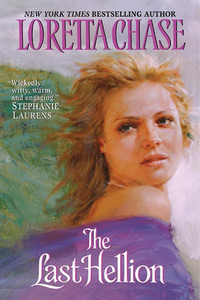 The heroine really makes this one.

Six-foot-tall Lydia Grenville is a passionate campaigner for social justice. She’s not going to let a small thing like Vere Mallory, Duke of Ainswood, stand in her way: instead, she steamrolls right over him. It’s a good thing he doesn’t mind – at least, not if she’s doing the steamrolling. 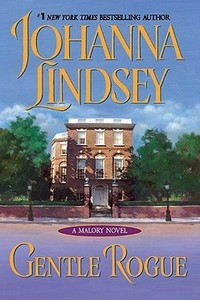 I love every single thing about this book. EVERY. SINGLE. THING. It’s very funny, with the perfect amount of relationship angst, a wonderfully independent heroine, a gloriously smitten hero AND it features the girl-disguised-as-boy trope…

Basically, I reread it practically once a month.

Georgina Anderson, disguising herself as a boy for safety, boards the ship of noted rake Captain James Malory to take her home to America. (The author made him a viscount, but the concept of a younger son having a title while the elder is still alive is crazily inaccurate, so I just ignore it. You can too. After all, the author does). Naturally, he sees through her disguise instantly. Thus follows a pleasurable interlude for the two of them…until he realises she had no intention of making their liaison permanent, and that realisation spurs him on to take revenge. (It’s a very low-impact and sweet revenge – nothing like the crazy Harlequin dramas of the ’80s). 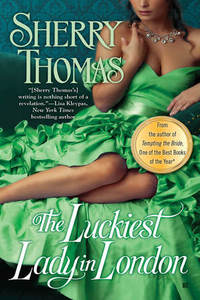 THE LUCKIEST LADY IN LONDON (LONDON TRILOGY #1) BY SHERRY THOMAS

The wonderful prose of this novel is made even more impressive when you learn that English is the author’s second language.

Louisa needs to marry, and marry well. But the only person interested in her is Lord Wrenworth, and the man’s an utter idiot! Or so she thinks… 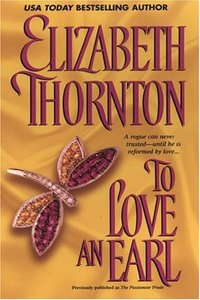 TO LOVE AN EARL BY ELIZABETH THORNTON

Another wonderful book I reread often. Here we get what you don’t often get nowadays – a detailed, close-up look at the Napoleonic Wars, which of course is supposed to be a key component of the regency setting but is very rarely discussed. Really, this could pass as mainstream historical fiction – but the romance is scorching.

Deirdre Fenton has always considered herself the caretaker of her irrepressible younger brother, Armand. His latest peccadillo? Debt. Deirdre, an excellent cardsharp, decides to make up the money he needs in a gambling hell. But the one holding her vowels at the end of the night is none other than Gareth, Earl of Rathbourne, the man she scorned and scarred five years ago…

I love this second-chance romance. It’s rich with historical imagery and emotion, and would be a great entry for the Read Harder Challenge of a book with less than 100 reviews. Warning: it was published in the ’80s, and it does suffer from bodice-ripper moments. 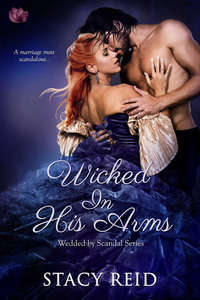 WICKED IN HIS ARMS (WEDDED BY SCANDAL #2) BY STACY REID

Tobias, Earl of Blade, is a stickler for the rules. A lover of propriety. A strait-laced aristocrat. So imagine his shock when he runs into Olivia Sherwood, a scandalous redheaded young woman who isn’t afraid to speak her mind. Also imagine his arousal…

Warning: some historical inaccuracies. Olivia, as the daughter of a lowly baron, wouldn’t be Lady Olivia: she should be referred to as the Honourable Miss Olivia. But this will probably only bother exacting pedants such as myself. 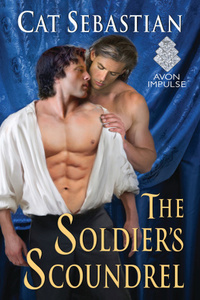 Sebastian does a whole bunch of excellent M/M historical romances, and this is no exception!

Criminal Jack Turner is a kind of Robin Hood: he steals from the rich to give to the poor. His hard life in the slums doesn’t encourage him to trust the upper classes. Especially not handsome upper-class soldiers like Oliver Rivington. Yet to his own chagrin, he soon discovers that there’s nothing he likes more than chipping Oliver’s genteel polish off. 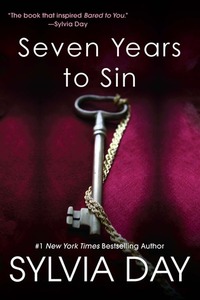 From there, we delve into the characters’ broken pasts and failed relationships, while watching their tender love story develop. 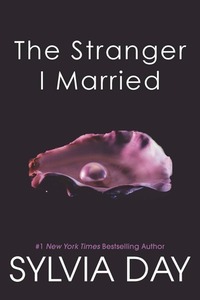 THE STRANGER I MARRIED BY SYLVIA DAY

Isabel and Grayson have a marriage of convenience. She was burned by her first husband, while he’s the consummate rake (and in love with someone else); they figure it’s a match made in heaven. Neither are faithful to each other. They don’t want it, and they don’t require it. But then Grayson disappears one day, and when he returns four years later, he’s a changed man: he wants a real marriage with his wife.

This list of 100 must-read historical romances! It spans a wonderful range of dates and settings (including regency romance novels).