What’s So ‘Indecent’ About Female Pleasure?

A personal massager, a sperm counter, virtual-reality pornography, something described as “the world’s first ebook-driven sex toy”: All of these products have been exhibited at CES, the country’s largest consumer electronics convention. Two of them won awards there.

So Lora Haddock was surprised when Osé, a hands-free sex toy she designed with a team of engineers from Oregon State University, had its CES Innovation Award revoked after three weeks. In an email explaining the convention’s change of heart, which Ms. Haddock shared with The New York Times, a representative cited a clause in the awards’terms and conditions that disqualified products deemed “immoral, obscene, indecent, profane or not in keeping withCTA’s image.” (CTA refers to the Consumer Technology Association, which runs CES.)

“I was shocked,” Ms. Haddock, 33, said, “and then I was angry.” The award “signified a shift in inclusion,” she said. “And then it was actually, no you’re obscene and you’re indecent and immoral, and you’re not innovative at all.”Last year, CES had more than 180,000 attendees from around the world and racked up more than 100,000 mentions in media outlets, by its own count. For start-up companies like Ms. Haddock’s, exhibiting at CES is crucial for attracting investment. It’s all the more important for sexual wellness companies, which by their nature have a difficult time placing ads on platforms like Facebook, in magazines and in public spaces.

John Parmigiani, the director of the Prototype Development Lab at Oregon State University, first met Ms. Haddock in 2017, shortly after she had officially started her company, now called Lora DiCarlo. Over the years, Mr. Parmigiani — who has worked with companies like Boeing and Daimler Trucks — had become a go-to person for entrepreneurs seeking expertise in mechanical engineering.

“I went into the meeting with Lora having no idea what her product was,” Mr. Parmigiani said in a recent interview. “The third sentence she said was along the lines of, ‘I didn’t have my first blended orgasm until I was 20-something years old.’” Mr. Parmigiani said he was briefly taken aback but he kept listening.

“I thought, it’s a little out of my comfort zone,” he said, “but there’s nothing wrong with it.”

Ms. Haddock had used a term that describes a sexual climax reached from simultaneous external and internal stimulation. Her first blended orgasm, which Ms. Haddock said occurred at age 28, “knocked me off the bed onto the floor. I laid there wondering, how do I do that again?”

That wasn’t what sold Mr. Parmigiani on the project.

“I gave him a list of 52 functional engineering requirements that would be needed to produce this product,” Ms. Haddock said. “And that’s when he lit up.”

Ms. Haddock, who previously worked in health care and served in the Navy, is a self-described anatomy nerd. She knew she wanted her product to be customizable, so she started gathering data for where the G-spot and the clitoris are located on different bodies. “I tried to have that conversation with every single person with a vagina that I knew,” Ms. Haddock said. “I literally asked them to measure it with their hands and a tape measure.”

Osé, which will be available this fall for $250, expands, according to user preference, once placed on the pelvic girdle. It doesn’t vibrate but uses gentle, autonomous motions and air flow to enhance stimulation. Eight patents associated with Osé are pending. The team that built it includes Dr. Ada-Rhodes Short, who specializes in robotics and artificial intelligence, and Lola Vars, a current doctoral candidate in design-focused mechanical engineering at Oregon State University.

In follow-up emails, officials from CES and the Consumer Technology Association appeared to step back from the earlier assertion about the product’s violations of the morality clause, writing instead that Osé did not fit into the robotics and drones category, nor into any of the other product categories.

“It certainly is a robotic device if you look at a definition of a robotic device,” Mr. Parmigiani said. “There is no justification. Lora DiCarlo should have won the award.”

But Ms. Haddock believes that what happened was more than an accidental oversight or a clerical error. So she published an open letter accusing CES of gender bias last Tuesday, Jan. 8, the first day of the convention. It is not the first time the trade show has been accused of gender bias: In 2018, numerous people in the tech industry criticized CES for having no female keynote speakers for the second year in a row, a failing CES attributed to “a limited pool when it comes to women in these positions.” 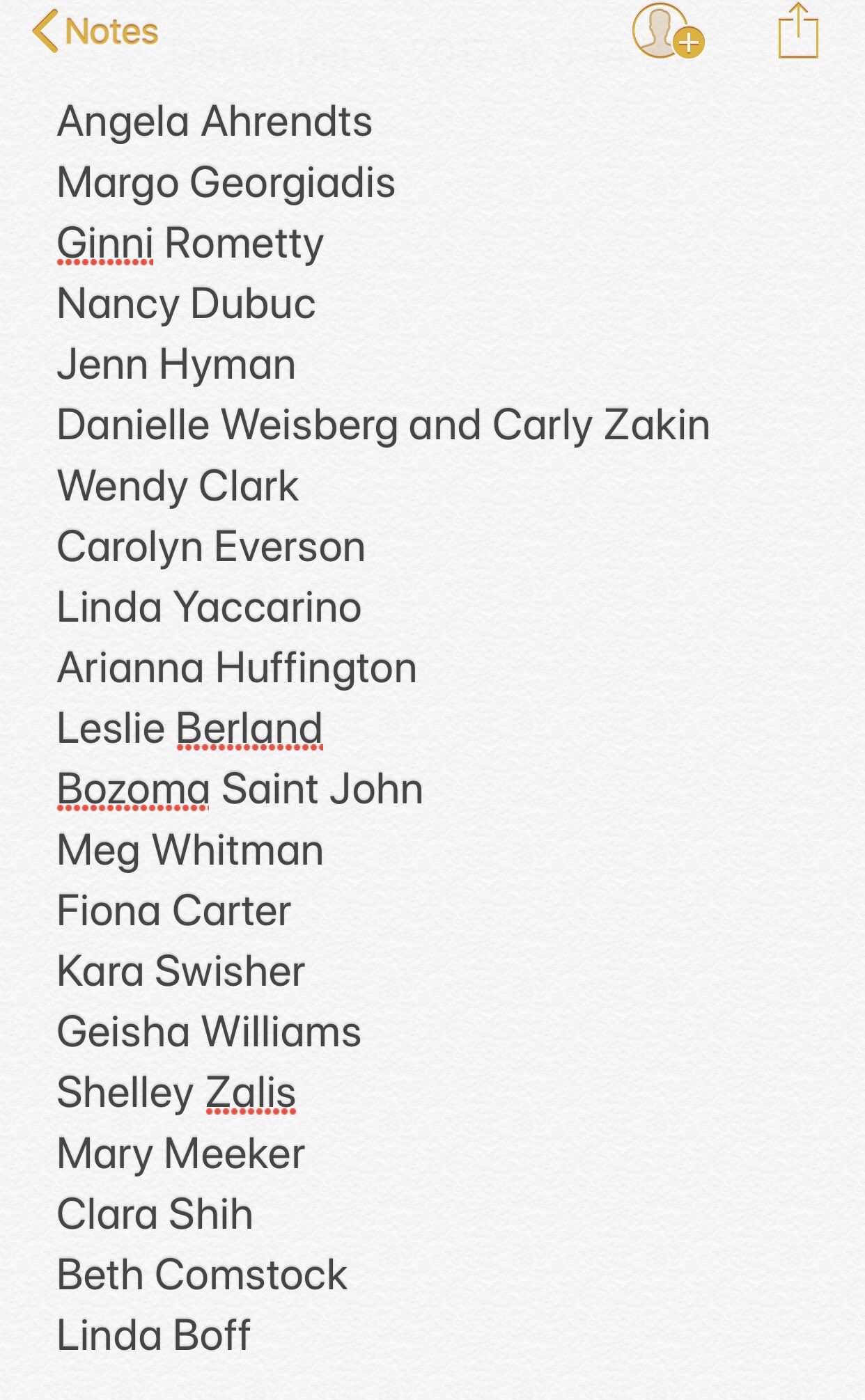 Amazing women innovators in tech and media who would slay any keynote anywhere. Came up with these in less time than it took to drink coffee. In no particular order…
Other ideas?

This year, of the 89 judges for innovation awards, 20 were women. CES said that it is committed to diversity, and pointed to its announcement this year that it will invest $10 million in venture firms and funds focused on women, people of color and other underrepresented start-ups and entrepreneurs.
On display at CES was a wide array of female-oriented products, including breast pumps, fertility trackers and skin-care tools, but critics point out that many of them exist to enable women to support something or someone else. “They’re in service of fertility, of society as a whole, of the household,” said Ms. Vars, the technical director at Lora DiCarlo. She noted that a sexual health company that has exhibited at CES for years, OhMiBod, won a prize in 2016 for its Kegel exerciser. “It’s something construed as good for men’s pleasure or fertility,” Ms. Vars said. “I hear that as a joke from men: ‘I like to sleep with women who do their Kegels.’”
“Sexual health wellness is something that can only happen behind closed doors, especially for women,” said Polly Rodriguez, the chief executive of Unbound, a company that makes lubes, vibrators and other sexual wellness products. Ms. Rodriguez has never applied to CES because of its reputation for gender-based discrimination. (Last year, Unbound was in the news after the Metropolitan Transportation Authority rejected the company’s ads on the grounds that they violated rules against obscenity.)
But other female-driven sexual wellness products have gone the way of Ms. Haddock’s.

Karen Long, who has been in health care technologies for more than 20 years, was told that her company’s libido enhancing device, Fiera, did not qualify for the health and technology category in 2015. A later email from convention organizers added: “As a practice, we don’t allow sexual wellness products at CES.”

“We’re a consumer product that’s very clinically driven, with studies to support our product, validated surveys, OB-GYNs on board and everything,” Ms. Long said.

“We’re all sick and tired of this,” Ms. Haddock said. “It’s not just about our product. It’s about something bigger. It’s about really embracing an understanding of human sexuality, of recognizing innovation. When you call something obscene just because it has to do with a vagina, technology as an industry starts to lose out.”