Sure, this is preliminary research but wouldn’t it be wonderful if a worm could happily feast on plastic while producing either harmless or useful waste?

We need a solution to the plastic problem that mankind has created on the planet. Could it be as simple as a caterpillar known as the wax worm? Or is that hoping for too much?

More than 1 trillion polyethylene plastic bags are used each year, and the plastic is resistant to breaking down. Researchers from the Institute of Biomedicine and Biotechnology of Cantabria in Spain may have found a solution, as reported in Current Biology on April 24, 2017.

“We have found that the larva of a common insect, Galleria mellonella, is able to biodegrade one of the toughest, most resilient, and most used plastics: polyethylene,” says Federica Bertocchini.

The discovery was made accidentally when researchers put the wax worms into plastic bags—they found the worms quickly ate through the plastic. And, as an added bonus, the worms were converting the polyethylene into ethylene glycol.

It was found that in one night, 100 wax worms ate through 92 milligrams of a plastic bag, which means it would take that same 100 worms about a month to chew through one plastic shopping bag. That would equate to an awful lot of wax worms to eat through the planet’s plastic bag problem.

Also, there could be ramifications. The wax moth caterpillar got its name because it loves to eat wax. And they just love bees wax, making them a huge enemy of our bees. They could devastate the bee population if breeding them were to get out of control, likely causing another environmental disaster.

The number of wax worms needed to consume our plastic rubbish could easily go into the billions, considering that one worm can chew through about 2 milligrams of plastic per day. 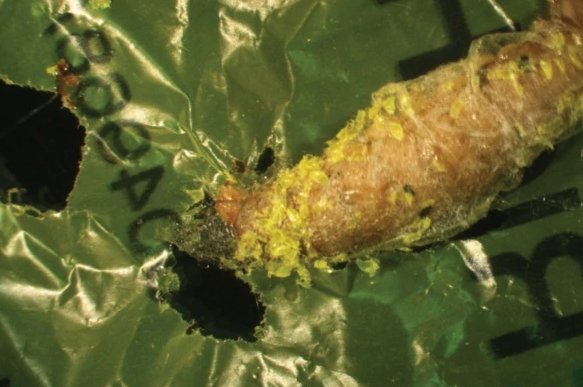 More promising research by a team of Japanese scientists found that bacteria found in soil and wastewater was able to breakdown and consume PET (polyethylene terephthalate) plastics, which is one of the planet’s hardest plastics to break down.

“Large quantities of PET have accumulated in environments across the globe,” says Kohei Oda of Kyoto Institute of Technology in Japan, where the discovery was made. “So, to solve this problem, microbes that break it down could be useful.” 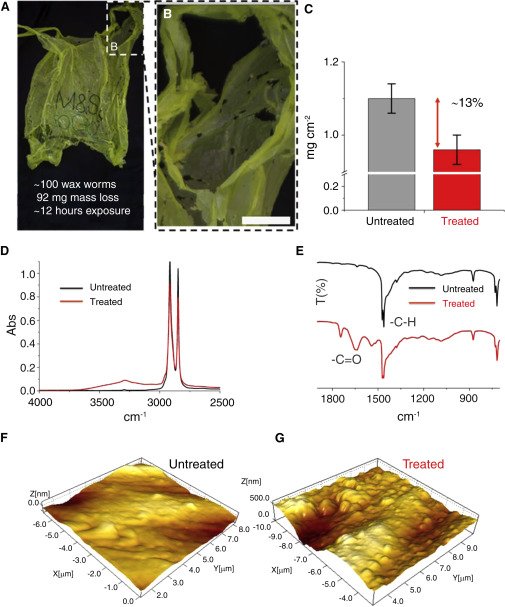 “I’m sure we’ll find more microbes in nature that have evolved to degrade other plastics,” says Uwe Bornscheuer of Greifswald University in Germany, according to NewScientist. “It’s just a matter of searching properly and having patience like the Japanese group to narrow the search down to a single bacterium.”

Meanwhile we all need to be responsible and reduce the amount of plastics we use. Already, supermarkets are encouraging patrons to use cloth bags for shopping and are trying to reduce plastic wrapping on their products, but still much more needs to be done to clean up our planet.

Watch the video below: