Set in Chengdu, ‘Death Notice’ breaks with the conventions of Western crime thrillers; ‘so foreign to what a Jack Reacher might do’

Zhou Haohui’s crime series “Death Notice” has sold over 1 million printed copies in the writer’s native China. Now an American publisher is preparing to introduce it to English-language readers, with the first book in the trilogy slated for U.S. release on Tuesday.

Set in China’s southwestern city of Chengdu, “Death Notice” follows Capt. Pei Tao as he and other detectives attempt to track down Eumenides, a shadowy vigilante who sends letters, or death notices, to people he believes have gotten away with crimes.

One of the book’s victims is a wealthy woman who runs over a roadside vendor in her BMW, killing him, but she escapes punishment because of her husband’s political connections. Eumenides—the name is a nod to the vengeful Furies of Greek mythology—tells his victims when they can expect to die and even encourages online voting to help determine his next target. He executes them with everything from knives to bombs.

A character like Eumenides can be a cathartic one for Chinese readers, said Mr. Zhou, a 41-year-old former schoolteacher who has written 14 books. He likened the villain to the folk-hero concept of youxia, or warrior vigilante, popular in classical Chinese poems and literature. 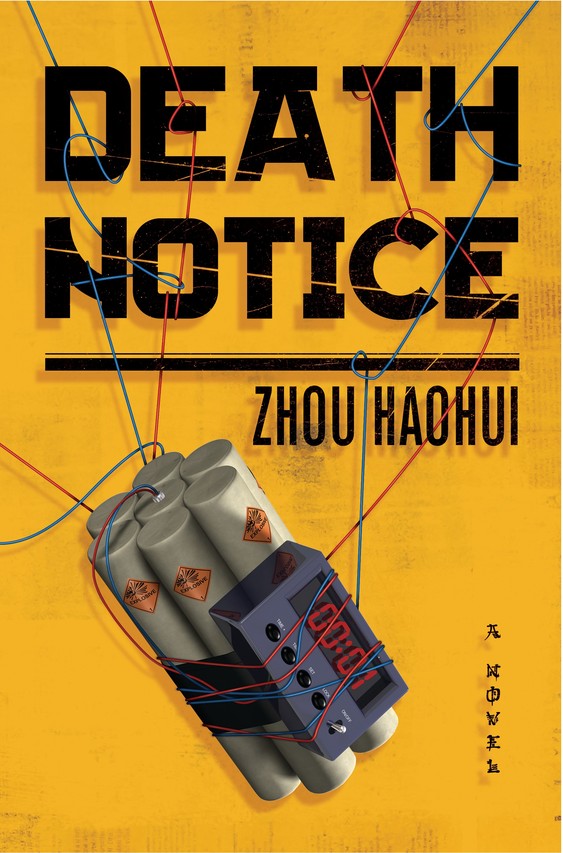 The first “Death Notice” book came out in 2009, and the trilogy has inspired a similarly named online series that has been viewed more than 2.4 billion times, according to Cheng Feng at Shanghai Dook Publishing, the Chinese publisher of “Death Notice.” A new generation of Chinese thriller writers began to develop five to 10 years ago, Mr. Cheng said, prompted by the popularity of overseas novelists like Dan Brown, Ken Follett and Keigo Higashino.

As readers have caught on to Mr. Zhou’s work, so have plagiarists, Mr. Cheng added. Mr. Zhou said he has been to court twice in the past five years because of such disputes, winning one plagiarism case and losing the other.

Bian Jiang, a 27-year-old bank manager from Huzhou, became a “Death Notice” fan after finding the books in his university library. “I like the way the books feature a very cerebral conflict between the police and a serial killer where, every step of the way, each side is trying to guess what the other is thinking and predict their actions,” he said.