Bloomberg‘s Mark Gurman and Debby Wu today previewed details about Apple’s widely rumored trio of 2018 iPhones. Towards the end of the report, there are also a few details about the Apple Watch and iPad that we’ve highlighted below. 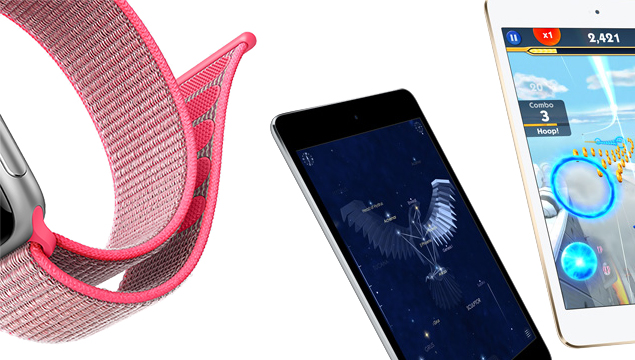 The first noteworthy tidbit is that Apple Watch Series 4 models will be compatible with existing bands, as they are said to have a similar physical size as Series 3 models and earlier. Gurman already said as much earlier this year, but there were some lingering concerns from MacRumors readers in our discussion forums.

Apple Watch Series 4 models are still expected to have up to 15 percent larger displays, as a result of slimmer bezels around the screen. They’re also expected to have slightly longer battery life, along with new health and fitness features.

The second tidbit worth singling out is that the iPad mini won’t be updated this year, according to Gurman. That information corroborates DigiTimes, which recently reported that “Apple so far has no further plan for the iPad Mini series,” which hasn’t been refreshed since the iPad mini 4 launched in September 2015.

Apple’s focus on the lower-cost 9.7-inch iPad may result in the iPad mini line being discontinued eventually, although Gurman hasn’t specified.

We’re likely just a few weeks away from Apple’s usual September event at Steve Jobs Theater, with invites to the media likely to be issued this week. In addition to the new iPhones and Apple Watch Series 4 models, Apple is expected to unveil two new iPad Pros with Face ID, new AirPods, and AirPower pricing and availability.