Anyone who shops regularly on Amazon is vaguely aware that a good price needs to be grabbed instantly as it’s unlikely to be there two minutes later, but here’s an explanation of the process. 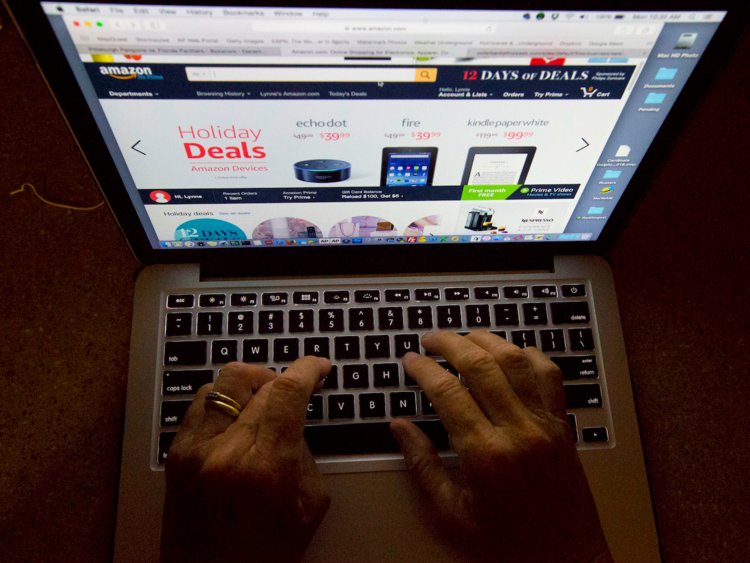 The price of the item you want to buy might look different today than it did yesterday — and it’s intentional.

The following is an excerpt from”Swipe to Unlock: A Primer on Technology and Business Strategy”:

Not a fan of the price of an item on Amazon? Just wait 10 minutes. It might just change.

Amazon changes product prices 2.5 million times a day, meaning that an average product listed on Amazon changes prices every 10 minutes. That’s fifty times more often than Walmart and Best Buy! The constant price changes have annoyed some consumers when they see the price of an item drop right after they buy it, but they’ve also helped Amazon boost profits by 25%.

How do they do it? Amazon has, simply put, tons of data.

They have 1.5 billion items listed for sale and 200 million users. Amazon has one billion gigabytes of data on their items and users. If you put all that data on 500-gigabyte hard drives and stacked them up, the pile of hard drives would be over eight times as tall as Mount Everest. Now that’s some big data.

With all this data, Amazon analyzes customers’ shopping patterns, competitors’ prices, profit margins, inventory, and a dizzying array of other factors every 10 minutes to choose new prices for its products. This way they can ensure their prices are always competitive and squeeze out ever more profit.

Through this process, one useful strategy Amazon has found is to undercut their competitors on popular products but actually raise the prices on uncommon products, such as by discounting bestsellers while jacking up prices on obscure books. The idea is that most people will just search for the most common products (which will end up being cheaper on Amazon), so they’ll start to assume that Amazon has the best prices overall. That’ll hook customers on Amazon and get them to pay more for the less-common things they’ll buy down the road.

There are plenty of other ways Amazon uses its data about you to make a buck. Based on your purchasing history, Amazon can bombard you with recommendations — look no further than the “Inspired by Your Browsing History” or “Customers Who Bought This Item Also Bought” sections you see around Amazon. Amazon can even use the words you highlight on the Kindle to predict what you’re going to buy. Amazon makes these recommendations by finding patterns in past customers’ purchases. For instance, suppose Amazon noticed that millions of customers buy peanut butter, jelly, and bread together. Then, say you buy peanut butter and bread off Amazon. Using the pattern that it’s found, Amazon could suggest you buy jelly.

Predicting what you want to buy goes far beyond just recommended purchases, though. Consider Amazon’s patented technique called the “Anticipatory Shipping Model.” When Amazon predicts that you’re going to buy something (like how Target predicts when women are going to deliver their babies), they can ship that item to a warehouse near you, so that when you ultimately buy it, they’ll get to you quickly and cheaply. As you can see, big data has tremendous economic value — so much, in fact, that the New York Times once compared it favorably to gold.

This excerpt of “Why do Amazon prices change every 10 minutes?” is from the bestselling book, “Swipe to Unlock: A Primer on Technology and Business Strategy,” by Neel Mehta, Parth Detroja, and Aditya Agashe.

SEE ALSO: Here’s what it means when an item is marked ‘Amazon’s Choice’