This essential report has just been released and is available in summary or full to anyone interested. Plastic could kill the alternative sources of food that humans are relying upon. This is a problem needing a solution in the short-term and cannot wait.

Ocean Plastic Is Getting Worse and Efforts to Stem the Tide Fall Short, Study Finds

The amount of plastic flowing into the world’s oceans is set to surge and businesses’ efforts to reduce plastic waste will do little to stop it, according to a new study in the journal Science.

The annual inflow of plastic could nearly triple from 2016 to 2040, the study found, and even if companies and governments meet all their commitments to tackle plastic waste, it would reduce the projection for 2040 by only 7%, still a more-than twofold increase in volume.

Under the current trajectory, the amount of plastic ending up in oceans, as litter or being burned is set to jump. 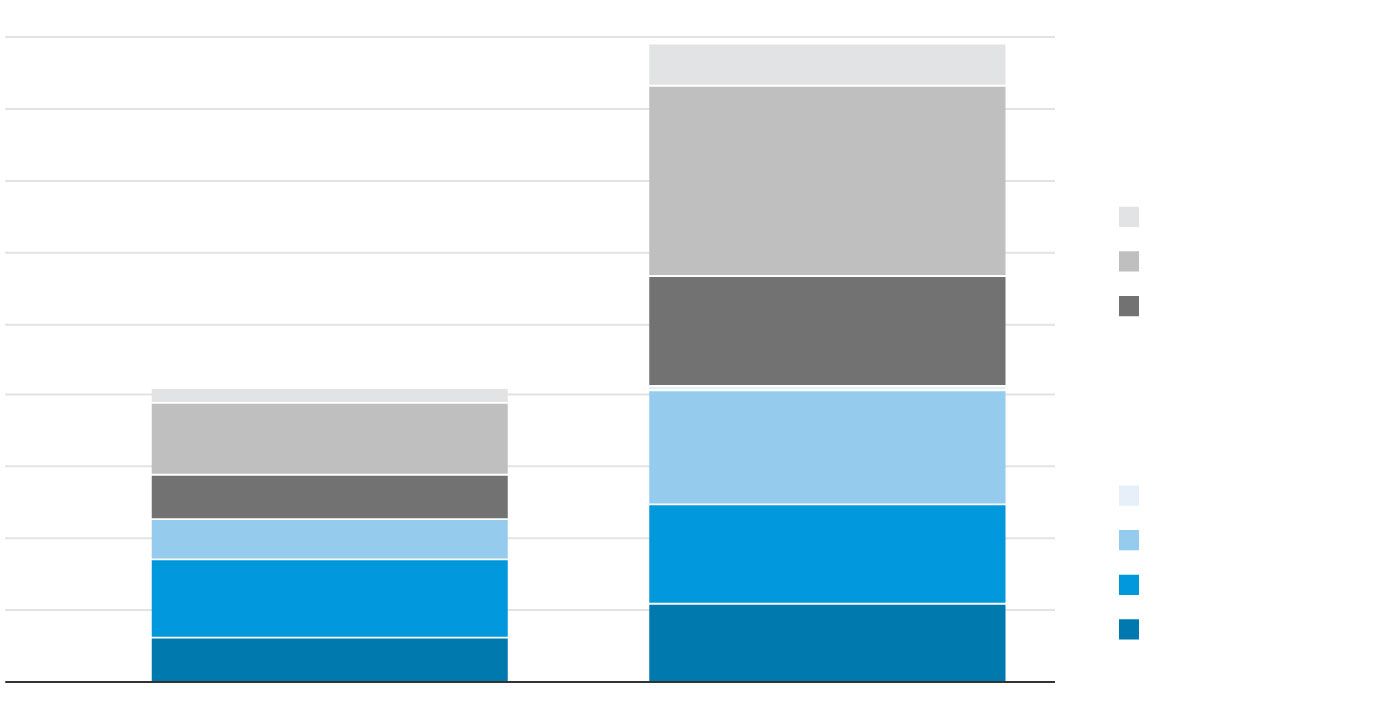 Note: Figures for 2040 are projections.

The study’s authors, the nonprofit Pew Charitable Trust and sustainability consulting firm Systemiq Ltd., set out a range of measures to stem the flow and called on businesses and governments to do more to reduce the use of plastic. They developed what they say is a first-of-its-kind model of the global plastics-supply chain—from production to consumption to disposal—using data and input from 17 experts from various regions.

Consumer and regulatory pressure has prompted many of the world’s biggest consumer-goods companies to commit to making all their packaging reusable, recyclable or compostable within the next five years. Businesses have also pledged to use more recycled content in their packaging, often touting such promises to woo shoppers.

Waste-reduction advocates say those commitments aren’t enough because they focus on recycling plastic, rather than making and using less of it. Companies like Walmart Inc., Nestle SA NSRGY 0.45% and Procter & Gamble Co. PG 1.23% say they plan to eliminate unnecessary packaging and use more refillable containers, but few have set measurable targets for doing so.

“This is a dream we will have to give up that we can continue to grow plastic output infinitely and see collection and recycling systems easily pick up with it,” said Martin Stuchtey, head of Systemiq.

Companies and governments have pledged to cut plastic, but those commitments would only achieve a 7% annual reduction in plastic leaking into the ocean by 2040. 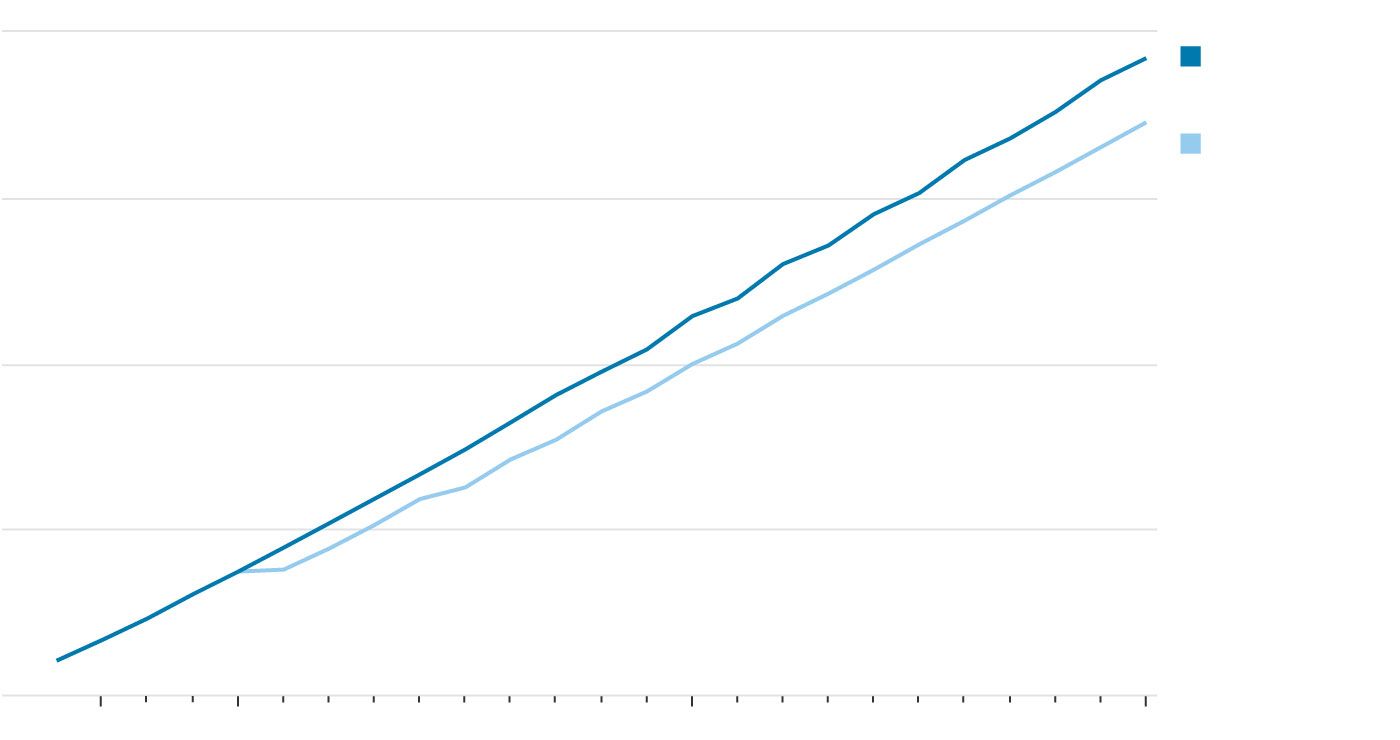 The study’s ocean-plastic forecast for 2040, which is based on the current trajectory, represents the equivalent of 50 kilograms of plastic for every meter of coastline in the world.

The study attributes the surge to a growing global population using more plastic per person. Other factors include greater use of nonrecyclable plastics and an increasing share of consumption occurring in countries with poor waste management.

China and Indonesia are likely the top sources of plastic reaching the oceans, accounting for more than a third of the plastic bottles, bags and other detritus washed out to sea, according to a study published in 2015 by Jenna Jambeck, an environmental engineer at the University of Georgia.

Over the past two years China has been making strides to improve waste management, including banning the import of plastic and other waste from developed countries like the U.S., which for decades have shipped much of their trash overseas. Indonesia has implemented its own restrictions on trash coming in from overseas, while lawmakers in the U.S. are increasingly trying to find ways to improve the country’s domestic recycling rates as export markets vanish.

Ocean plastics have gained mainstream attention since the 2017 documentary “Blue Planet,” presented by British broadcaster David Attenborough, showed how the material hurts birds and sea life. The study in Science states that more than 800 species are known to be affected by marine plastic pollution, including all sea turtle species.

The report is the latest call for companies to do more to reduce plastic waste. A recent analysis of 50 U.S. consumer, retail and restaurant companies concluded that they showed “a lack of basic goal setting, strategy, and planning” to address single-use plastic waste.

Percentage of companies that say they have implemented the following 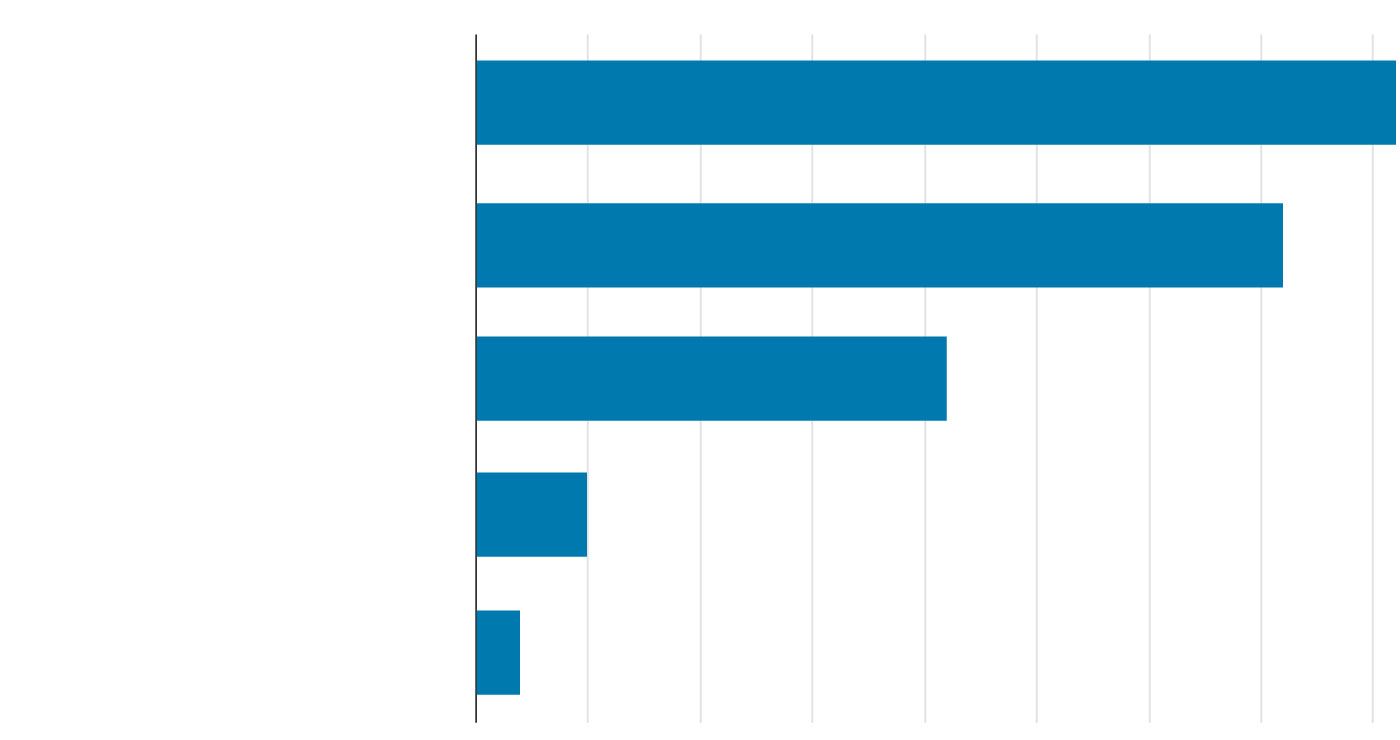 Goal to reduce plastic packaging or

Goal to reduce virgin plastic use

Note: Based on a 2020 survey of 50 large companies in the beverage, quick-service restaurant, consumer- packaged goods, and retail sectors.

Source: As You Sow

The analysis by As You Sow, an investor-advocacy group, graded companies’ performance on reusable packaging and design. It criticized a common strategy of making plastic packaging lighter, saying thinner bottles are still harmful to sea life.

Governments so far have focused on banning a handful of products like plastic bags, straws and stirrers, but such measures don’t meaningfully dent the amount of waste leaking into the environment, the Pew-Systemiq researchers say.

They found that flexible plastic packaging—particularly items like potato-chip bags and food pouches, which are made of several materials and typically aren’t recycled—accounts for a disproportionate amount of ocean plastic. The As You Sow report said companies should stop selling products in flexible plastic until it is recycled or composted in significant amounts.

Companies, in response, have been redesigning flexible packaging to promote recycling. For example, Nestle recently began selling a line of Gerber baby-food pouches made from a single material. But hurdles remain, particularly around collection and sorting of the packaging.

The amount of plastic flowing into the oceans could be reduced by as much as 80% over the next 20 years through a combination of reduced plastic use, increased recycling, alternatives to problematic packaging like plastic pouches and better waste management, the Pew-Systemiq study said.

Mismanaged plastic waste, including flows to the ocean, could be reduced—despite rising consumption—through reduction, reuse, recycling and using other materials, a new study said. 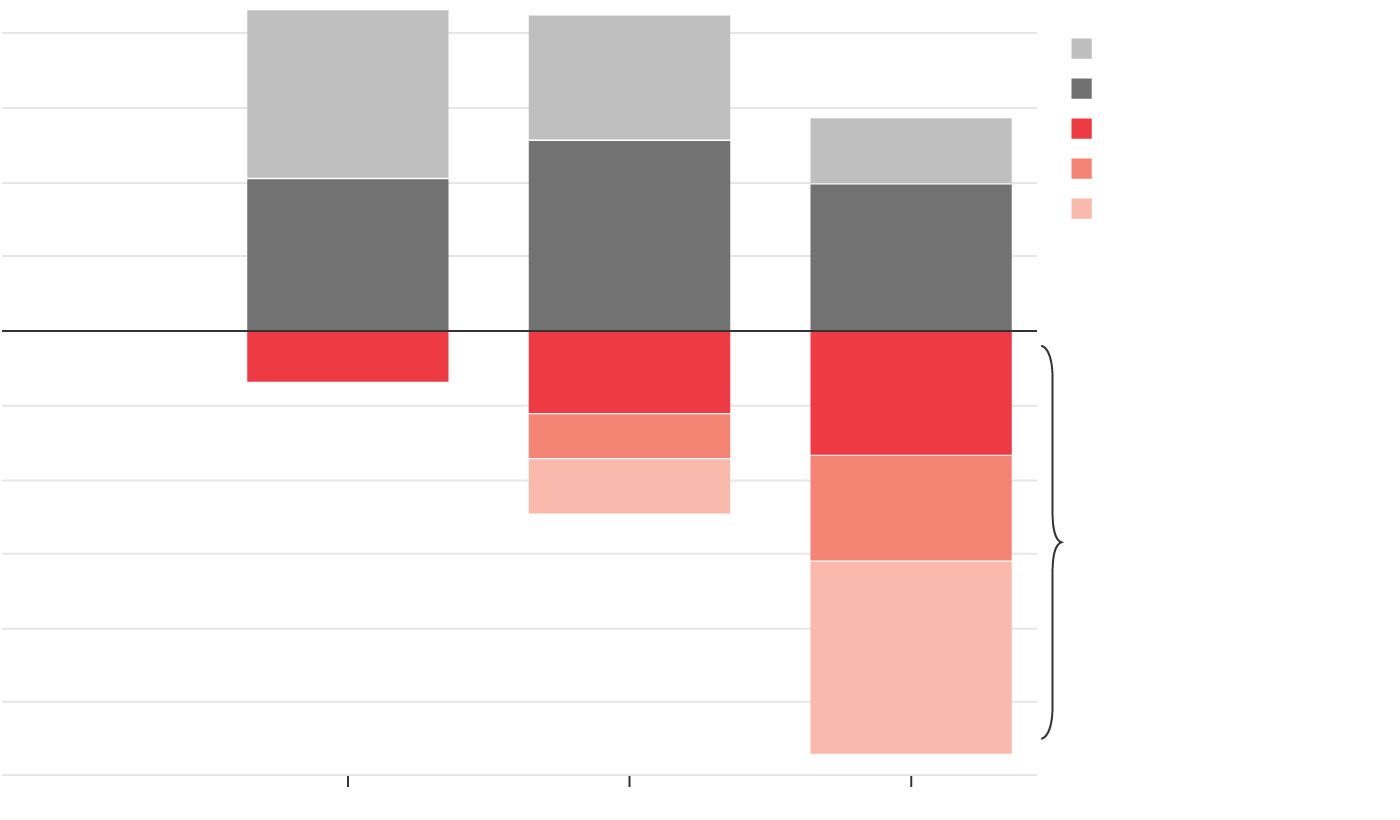 By 2040, almost 300 million metric tons of waste could be avoided by recycling more,

substituting plastic for alternative materials and reducing overall use

“They’ve been reasonably radical in their recommendations of what needs to change, but not at all radical or clear enough about what needs to happen on the public-policy side,” said Mr. Hogg, who thinks voluntary commitments by companies make little difference.

The study considered government policies and plastics-related pledges of roughly 150 companies, as compiled in an effort led by the Ellen MacArthur Foundation. “We fully agree with the key message being that current commitments aren’t enough,” said Sander Defruyt, who organized the pledges for the nonprofit.

But he said the Pew-Systemiq study doesn’t reflect progress on land-based pollution and its projections for 2040 go beyond the timeline of current corporate targets, which would likely be updated.

Leaders of two major consumer companies, Mars Inc. and PepsiCo Inc., PEP -0.21% said they supported the study’s findings and the role of companies in fighting pollution. In comments published alongside the study, Pepsi Chief Executive Ramon Laguarta said “immediate bold action” is required, while Mars’s CEO Grant Reid said “we have much to do.”